Home Top Stories Earnings Watch: Big Tech has been an earnings refuge for years, but... 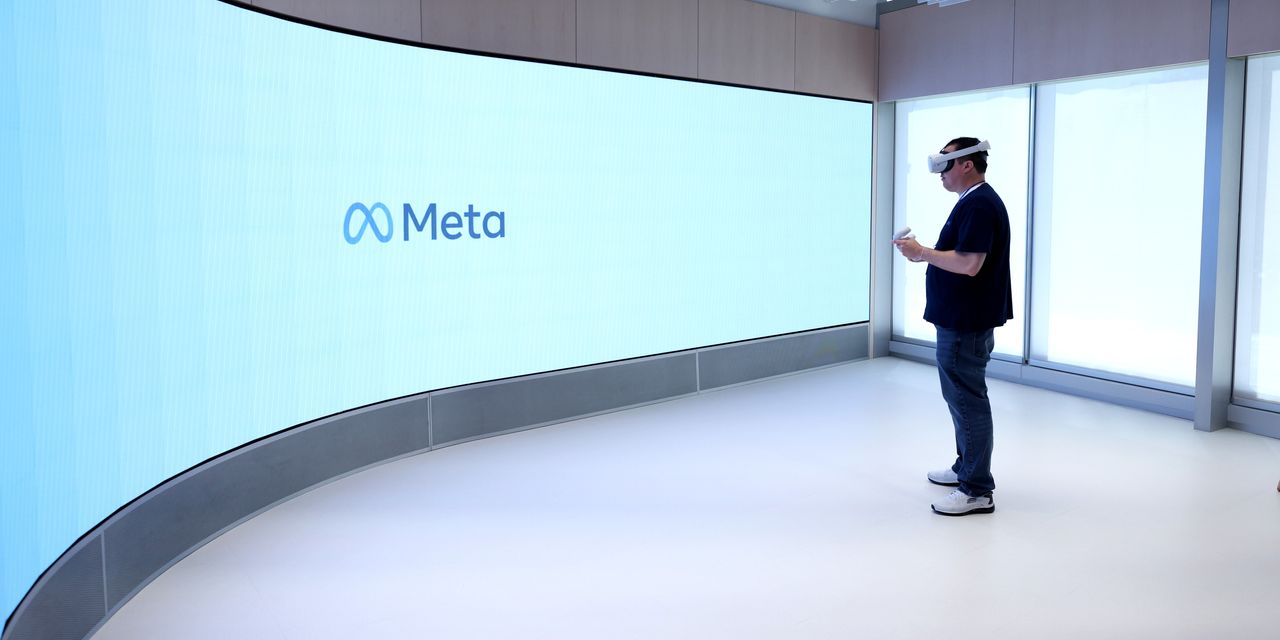 The biggest week of third-quarter earnings season will also likely be its most anxiety-ridden, as an onslaught of onetime surefire tech giants prepare to report amid staffing cutbacks and signs of slowing demand for digital ads, e-commerce and smartphone sales.

The results will follow a two-year pandemic-era digital boom that has been overtaken by inflation, a stronger dollar and a greater eagerness to return to travel, dining out and other aspects of prepandemic life. And they arrive after tech stocks marched higher for years — often without interruption, and with growth seemingly guaranteed — until skidding into 2022.

Don’t miss: Tech earnings are about to dive, and there’s no life preserver in sight

Last week’s results from Snap Inc. SNAP, -28.08% were a potential prologue. Shares of the social-media platform nosedived after it pointed to wilting digital advertising and competition from TikTok, signaled potential cost-cutting ahead and didn’t offer a financial outlook for the important holiday season.

The concerns of a pullback in digital-ad spending among recession-wary businesses are especially worrisome for Alphabet and Meta — which Bloomberg News reported last month will likely shrink staff for the first time. JPMorgan analysts pointed to weaker growth trends in Google’s core online search segment, and a bigger competitive threat to YouTube from TikTok. And they said they’d be looking for signs of engagement in Instagram Reels as well as signs that Meta executives are committed to controlling spending on its vast metaverse ambitions.

Earnings outlook: Google may be the safest of the digital-advertising giants, but that isn’t saying much right now

FactSet forecasts also offer some sense of how big of an earnings depressant both companies represent for the financial-data firm’s Communication Services sector.

Some larger tech giants have already signaled that cost cuts are coming. Microsoft, for example, has confirmed plans to lay off roughly 1,000 workers. Ahead of the results, Zacks analysts were upbeat on Microsoft’s cloud prospects and growth in its Teams platform, as digital adoption and remote work continue. But analysts are worried about a sharp drop in PC demand.

Amazon has been cutting costs for much of the year, and analysts expect the company to put up a profit during the quarter, after two consecutive quarterly losses that were largely related to its stake in struggling electric-vehicle maker Rivian Automotive Inc. RIVN, +3.87%. Still, Wall Street remains worried about lagging demand in its online shopping business in the key holiday shopping season.

Amazon earnings: ‘The good news is the consumer is still spending. The bad news is they’re not spending on e-commerce.’

Apple is one of the few tech giants that has not been rumored to eye cutbacks in its workforce, but there have been reports that the iPhone maker is scaling back production on its core product. There are also questions about what the company’s iPhone pricing strategy — that is, not raising them on its newest iPhone models — says about overall demand.

Apple earnings: What do the iPhone production reports really mean?

Those are just the tip of a massive mountain of earnings reports coming in the busiest week of the season, with one-third of S&P 500 SPX, +2.37% companies and 40% of Dow Jones Industrial Average DJIA, +2.47% components scheduled to report. Along with Apple, Intel and Microsoft, the Dow names reporting in the week ahead include Coca-Cola Co. KO, +1.60% and McDonald’s Corp. MCD, +1.91%.

See also: Stock-market investors brace for busiest week of earnings season. Here’s how it stacks up so far.

One fifth of S&P 500 companies have reported results so far for the third quarter, according to FactSet data, and 72% of those companies have beat earnings expectations while 70% have topped sales forecasts. Those results, so far, have left the earnings-growth forecast for the third quarter a bit higher compared with last week, FactSet’s Butters said in his weekly report. But the outlook was still shy of what it was at the end of September.

The call to put on your calendar

Intel Corp. INTC, +3.41% reportedly plans to announce “targeted” layoffs next month, according to a report from the Oregonian, which said more information on the matter could be forthcoming on Nov. 1. Chief Executive Pat Gelsinger, in a video addressed to employees, reportedly said Intel’s “costs are too high and our margins are too low,” seemingly confirming a report on layoffs earlier this month. Intel is scheduled to report earnings after the close of markets on Oct. 27. The last time Intel laid off a large number of staff was in 2016.

Intel has struggled with its margins as Gelsinger has focused on building out and improving its fabrication efforts. Other chip makers have dimmed their expectations amid U.S. tech restrictions on China and a sharp slowdown in PC shipments, which are expected to show their biggest drop since record-keeping began.

Reports from Texas Instruments Inc. TXN, +3.90% and KLA Corp. KLAC, +4.92%, due Tuesday and Wednesday, respectively, will also offer more nuance on the chip industry, which has also wrestled with shortages and lockdowns in China.

Earnings preview: Ford already ‘bit the proverbial bullet’ ahead of earnings, but GM results could go either way

Edmunds last month said it expected new-vehicle sales in the U.S. to slip 0.9% in the third quarter when compared with the period last year. The auto-data provider said thawing chip supply chains have helped replenish dealer lots. However, UBS analyst Patrick Hummel recently warned that the undersupply that has pushed car prices higher could soon turn to oversupply.

Mexican fast-casual chain Chipotle Mexican Grill Inc. CMG, +0.89% reports earnings on Tuesday and Kraft Heinz Co. KHC, -0.37% — known for food like Heinz ketchup and Kraft macaroni and cheese — reports on Wednesday. The results will give investors and consumers a look at where food prices are headed, after strains in the agriculture industry and Russia’s invasion of Ukraine drove up grain costs. Both companies have leaned on price increases to accelerate sales, even as Kraft Heinz and some other consumer-goods giants sell less stuff overall. But some analysts have wondered how much more leeway businesses have to charge customers more.

Outside the Box: Are you healthy enough to retire?

White House says Biden was referring to past removal of skin...