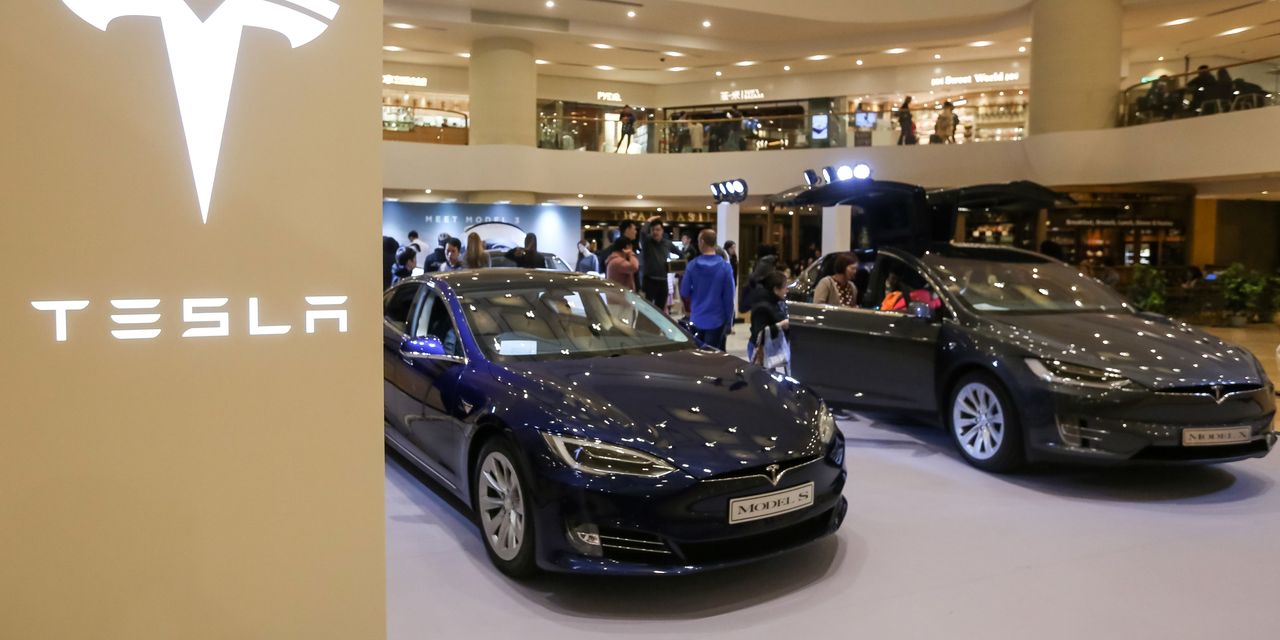 Sales rose 74% to $10.39 billion, from $5.99 billion a year ago. Tesla relied on “substantial growth” in vehicle sales, it said in a letter to shareholders. Asking prices for its vehicles fell 13% year-on-year, but margins rose and costs “decreased even faster,” Tesla said.

Analysts polled by FactSet had expected the company to report adjusted earnings of 75 cents a share on sales of $10.48 billion.

“Demand is the best we have ever seen,” Chief Executive Elon Musk said in a call after the earnings. Demand for vehicles usually slows in the January-to-March period, but Tesla “saw an increase in demand,” he said.

Still, the quarter had some difficult supply challenges, Musk said, beyond the well-known chip shortage plaguing Tesla and other auto makers.

During the call, Musk and other Tesla executives also spoke about a recent fatal accident in Texas involving a Tesla vehicle, the company’s bitcoin bet, and the future of driverless cars.

Tesla had trouble scaling up production in its Shanghai factory because it couldn’t get “critical engineers” due to pandemic-related restrictions, he said. Revamping its luxury Model S sedan and Model X full-size SUV, including all-new interiors and battery pack, was also harder than the company figured, he said.

The CEO sounded optimistic about the future of autonomous driving, saying that Tesla is on its way to solving the AI-vision conundrum he believes is at the heart of self-driving cars using multiple cameras.

The Tesla executives said that they continue to work with local and federal authorities in the Houston area, site of a recent accident involving a Tesla vehicle that killed two people. They reiterated that Autopilot, Tesla’s suite of advanced driver-assistance systems, could not have been engaged under the conditions of the accident.

The vehicle’s steering wheel was deformed, likely because someone was at the driver’s seat at the time, and all seat belts post-crash were found to be unbuckled, they said.

Chief Financial Officer Zach Kirkhorn also spoke about Tesla’s $1.5 billion investment in bitcoin earlier this year and the subsequent sale of about 10% of that stake.

The intent was to invest some of the cash Tesla had available while preserving liquidity, he said. There were not that many investment alternatives to achieve that, he said.

Selling some of the bitcoin BTCUSD, the company had amassed earlier this year also had a “positive impact” around $101 million, Tesla said in its letter to investors.

Bitcoin seemed a good decision, and a good place to get some of Tesla’s cash not immediately needed while getting some return on that, Kirkhorn said.

“There’s a lot of reasons to be optimistic (about bitcoin),” and Tesla is pleased with the liquidity of its investment, he said.

“So we do believe long-term in the value of bitcoin, so it is our intent to hold on to what we have long-term and continue to accumulate bitcoin,” from customers that use the cryptocurrency to buy vehicles, the CFO said.

That’s likely a “calculated decision” by Tesla management in order to remain flexible amid “various uncertainties,” including chip shortages and the pandemic, he said.

In the letter to investors, Tesla said that sales of the revamped luxury vehicles will start “very shortly,” and that the rate of production of the Model Y, Tesla’s compact SUV, continues to improve at the company’s Shanghai factory. Tesla’s new factories in Berlin and in Texas “are making progress,” the company said.

“There is a lot to be excited about in 2021,” Tesla said in its letter. The Model 3 was the best-selling premium sedan in the world, and the Model Y can become “the best-selling vehicle of any kind globally,” the company said. Sales of the Tesla Semi, the company’s commercial truck, are on track to begin this year, it said.

The company kept its sales outlook intact, saying that it plans to grow its manufacturing capacity “as quickly as possible,” and over “a multi-year horizon, we expect to achieve 50% average annual growth in vehicle deliveries. In some years we may grow faster, which we expect to be the case in 2021.”

That rate of growth will depend on equipment capacity, operational efficiency and capacity, and stability of the supply chain, it said.

It was a seventh straight quarter of profit for Tesla.

Don’t miss: Tesla and Big Tech are about to rev up the busiest week of earnings season

Tesla earlier this month reported first-quarter deliveries that zoomed past analyst expectations, but the stock has been volatile in recent sessions.

The fatal crash in Texas has drawn renewed scrutiny to Autopilot.

The company said in the letter it continues to work on its “full self driving” beta suite to be “soon” more widely available in the U.S.

Autopilot has been criticized in some quarters for giving some drivers a false sense of security, and for its name implying self-driving abilities well beyond the suite’s current capabilities.

U.S. safety regulators are investigating several accidents involving Tesla vehicles in which Autopilot may have been involved. Tesla makes it clear that drivers engaging Autopilot have to remain alert and prepared to take over at any time.

Dow finishes down over 180 points as stocks extend selloff

The Moneyist: Here is MarketWatch’s most widely-read Moneyist column of 2022

Stocks close lower ahead of holiday, cap worst year since 2008

Beyond Meat stock tumbles 10% premarket after revenue warning and news...