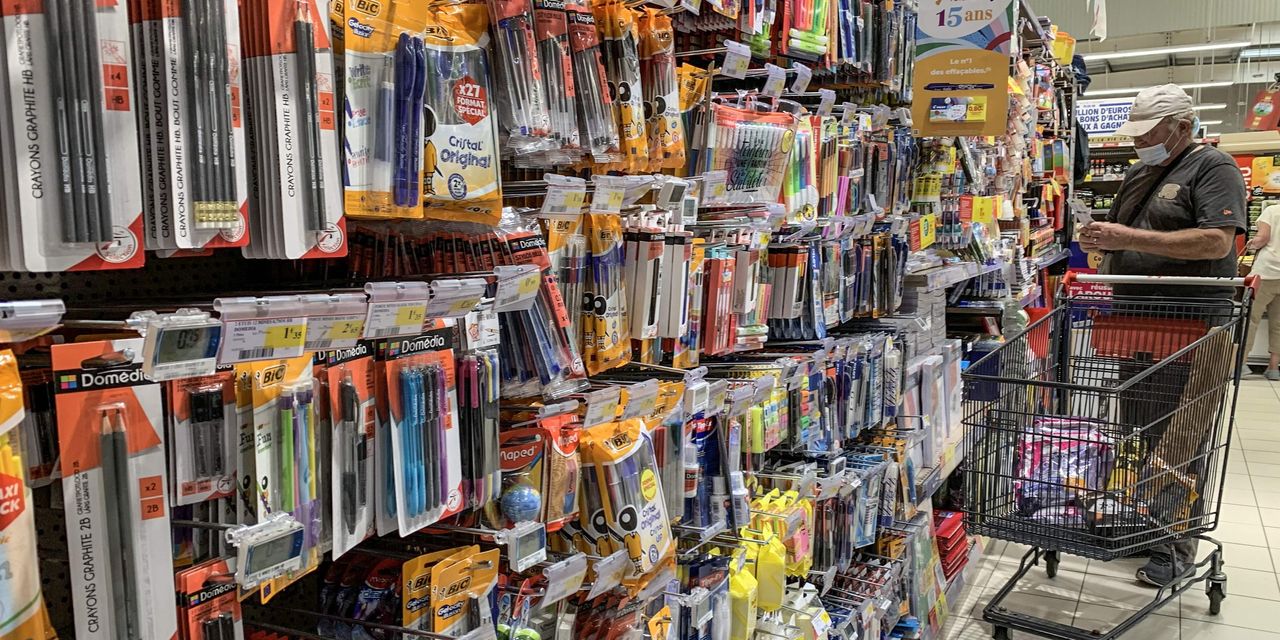 Inflation in the eurozone accelerated in October, reaching double digits, with increasing signs that price pressures are broadening beyond food and energy.

The consumer price index–a measure of what consumers pay for goods and services–increased 10.7% in October on year, accelerating from 9.9% in September, preliminary data from the European Union’s statistics agency Eurostat showed Monday.

Economists polled by The Wall Street Journal expected inflation to come in at 10.0%.

The acceleration in inflation was led by higher energy prices, which rose 41.9% on year in October compared with the 40.7% gain registered in September. Food, alcohol and tobacco prices also gained pace, increasing 13.1% on year from an 11.8% rise in September. Price of non-energy industrial goods and of services also accelerated, the data showed.

The core consumer price index–which excludes the more volatile categories of food and energy–increased 5% on year in October, up from 4.8% in September.

The European Central Bank raised interest rates by 75 basis points for the second time in a row on Thursday, but signaled mounting concerns about economic growth in the region.

Data released Friday showed the eurozone economy expanded by 0.2% in the third quarter, beating economists’ expectations but slowing from the 0.8% expansion registered in the previous three-month period.

Outside the Box: Actuarially, I’m not the man I used to be

Bond Report: 2 and 10-year Treasury yields hit one-week lows, ahead of start to...

: ‘Child care is slipping farther and farther out of reach’:...