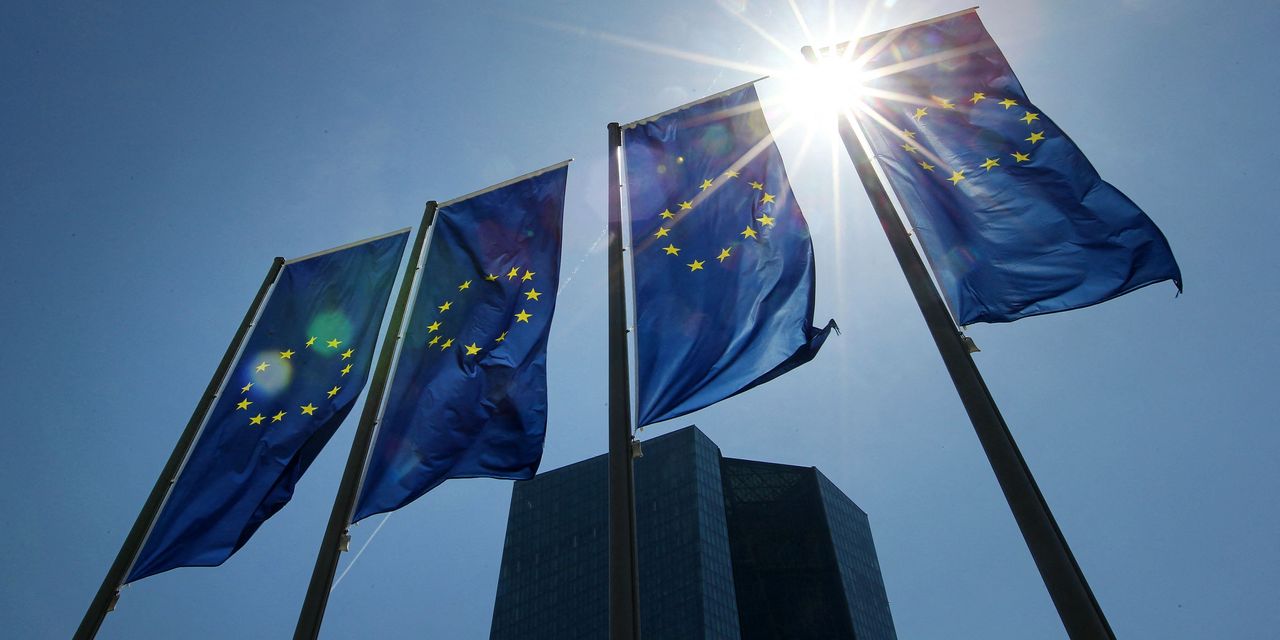 The eurozone composite purchasing managers index fell to 48.2 in September from 48.9 in August, according to the preliminary reading. This is in line with the forecast of economists polled by The Wall Street Journal.

Readings below 50 point to a contraction in activity.

“The early PMI readings indicate an economic contraction of 0.1% in the third quarter, with the rate of decline having accelerated through the three months to September to signal the worst economic performance since 2013, excluding pandemic lockdown months,” Chris Williamson, chief business economist at S&P Global Market Intelligence, said.

Worsening performances were seen in both manufacturing and services, with demand falling at steepening rates in each sector as a result of the rising cost of living and growing gloom about future prospects, the report said.

With demand slumping and companies growing increasingly pessimistic about the outlook, the survey’s forward-looking indicators point to a steepening economic decline for the eurozone in the fourth quarter, adding to the likelihood of the region falling into recession, Mr. Williamson said.

Write to Maria Martinez at maria.martinez@wsj.com

MarketWatch Premium: Investors monitor which stocks company insiders sell. They should find out what...

The Moneyist: ‘I am freaking out!’ I started investing money with a robo-adviser in...

: 5 large companies that will emerge from the tech wreck as even more...

U.S. expected to soon ban Russian airlines from its airspace

The Number One: The 10 most popular cities that Americans moved...