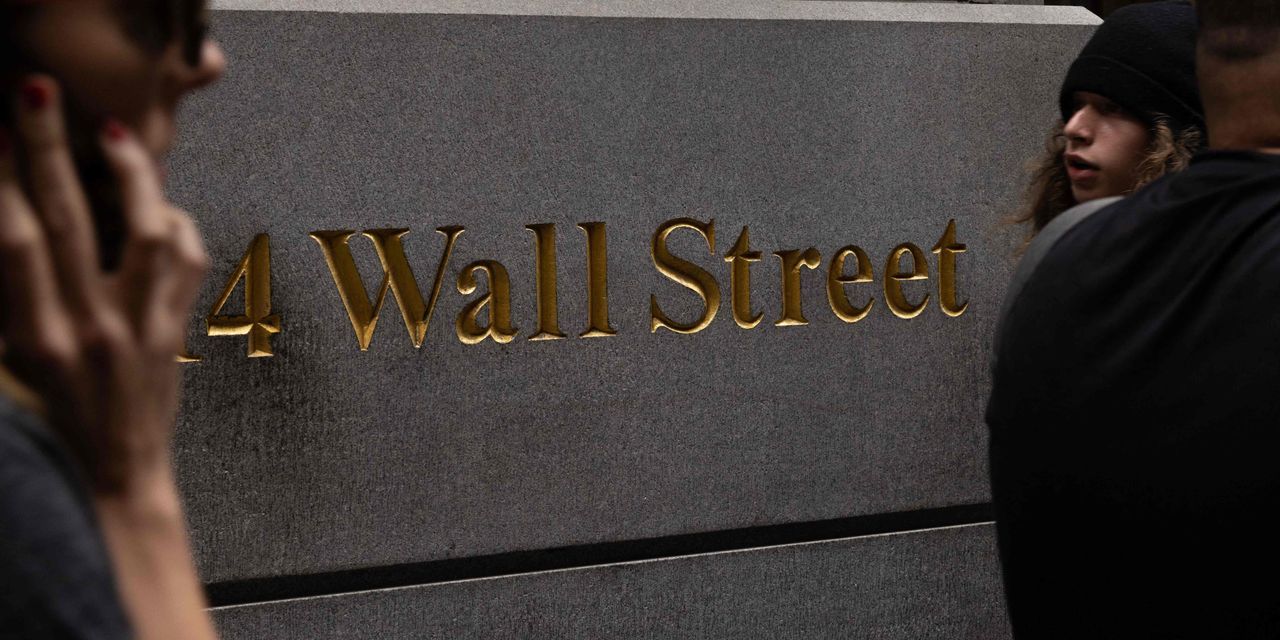 How did stocks perform?

For the week, the Dow booked a 5.4% gain, while the S&P 500 climbed 6.5% and the Nasdaq jumped 7.5%, according to Dow Jones Market Data. The Dow and S&P 500 each saw their biggest weekly gain since late May, while the Nasdaq had its best week since March.

The market now seems to be interpreting recent signs of slowing growth as a reason for the Federal Reserve to potentially have “a lighter touch” in its battle with inflation, said Dave Grecsek, managing director for investment strategy and research at Aspiriant, in a phone interview Friday. The thinking seems to be that maybe “we really can avoid a recession,” he said, with the Fed potentially needing to become less aggressive in hiking rates to bring down inflation as the economy slows.

Commodity prices have been falling recently, and judging by Fed funds futures, investors now see a lower peak in the path of the Fed’s benchmark interest-rate target.

Investors expect the Fed funds rate to peak at between 3.25% and 3.50% in December, down from 3.50% to 3.75% one week ago, according to the CME’s FedWatch tool. Furthermore, investors now expect the Fed to start cutting rates roughly one year from today.

“We’ve seen a two-week drop in commodity prices and now we are seeing Fed funds futures pricing in rate cuts out in 2023. The thing holding back the market was endless rate hikes, if we’ve found the terminal rate then stocks can make headway here,” said Mike Antonelli, a market strategist at Baird.

Meanwhile, the University of Michigan’s final reading on consumer sentiment showed expectations for inflation five to 10 years out had been revised lower to 3.1%, down from 3.3% in an earlier reading.

“Hopes that inflation is peaking and that the economy is still on solid footing has some investors confidently buying up heavily discounted stocks,” said Edward Moya, senior market analyst for the Americas at OANDA, in an emailed note Friday.

St. Louis Federal Reserve President James Bullard said Friday at a UBS conference in Switzerland the U.S. has a better chance of avoiding a recession if the central bank jacks up interest rates faster than usual to try to tame the hottest inflation in 40 years. He also said that recession talk is premature.

In economic data released Friday, a gauge of new-home sales for May came in stronger than expected. San Francisco Fed President Mary Daly on Friday joined others in signaling support for another big rate increase in July to slow inflation.

Some market strategists also attributed the bounce in stocks this week to technical factors after the main benchmarks tumbled last week. Meanwhile, the rebalancing of the Russell U.S. equity indexes after the market’s close Friday was expected to result in a surge of trading volume heading toward the closing bell.

The market is being driven by “this push and pull between inflation risk, recession risk and the Fed’s ability to navigate a path forward in terms of rate policy,” said Jim Baird, chief investment officer at Plante Moran Financial Advisors, in a phone interview Friday. Investors are trying to work out “how quickly and how far” the Fed will need to go — or will “be able to go” — in terms of further tightening amid evidence the U.S. economy is slowing, he said.

—-Barbara Kollmeyer contributed to this report.

The New York Post: ‘This is genocide,’ Zelensky says on ‘Face the Nation’ of...

Amazon stock surges toward best 4-day performance in 2 years after...