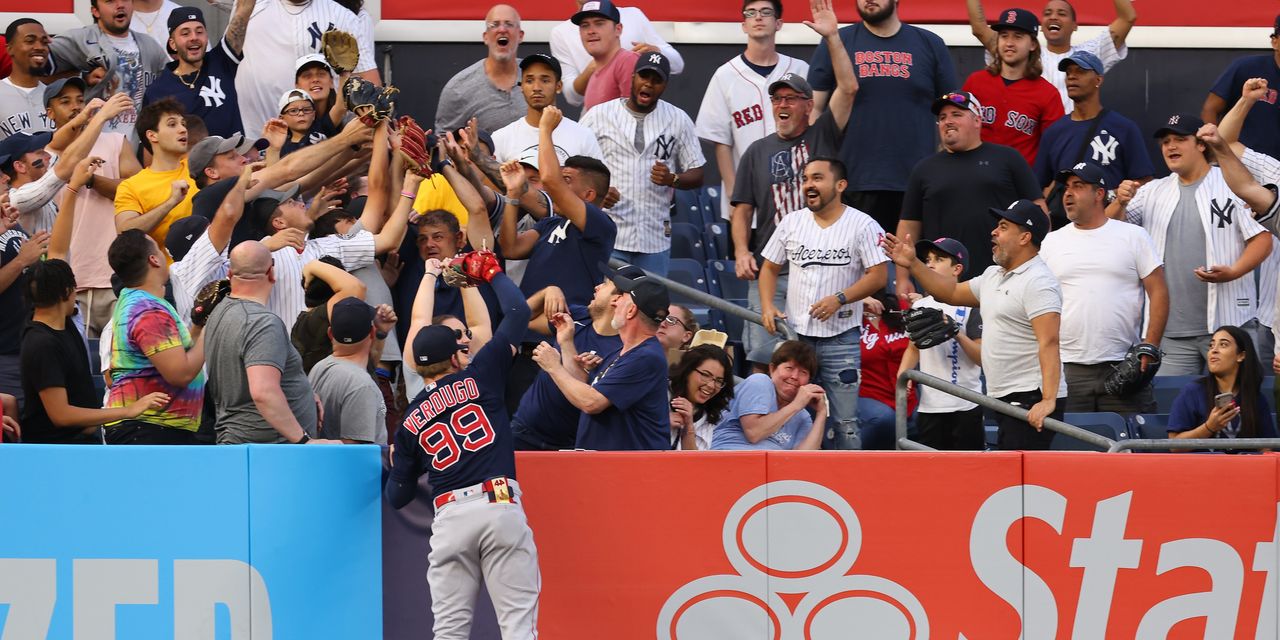 Call it the curse of the scam-bino.

A high-ranking executive at the sports channel owned by the Boston Red Sox has been charged with allegedly embezzling more than $500,000 by setting up a sham company with the same name as a real vendor in order to direct payments into his own pockets.

Ariel Legassa, 49, of Burlington, Conn., had been the vice president of digital media for NESN from 2019 until last month when company officials discovered the missing money, according to prosecutors.

Launched in 1984, NESN is majority-owned by the Red Sox’s parent company with the rest controlled by the company that owns the Boston Celtics and Bruins. It broadcasts games for all three teams.

A spokeswoman for NESN said the court filings spoke for themselves and declined to comment further.

About a year after Legassa started working for NESN, prosecutors say he allegedly began steering payments to a Stamford, Conn.-based company called Alley CT, for web design and maintenance services he purported the firm was providing for the network.

In reality, NESN had a contract for similar services with a New York-based company called Alley NY, according to court documents. Legassa, who led a team of dozens of employees and oversaw all the network’s digital contracts, claimed the two companies were the same, prosecutors said.

Both companies were listed as Alley Interactive, LLC in their registration papers.

Legassa even went so far as to instruct the network’s accounting department to create a different vendor ID for the sham company, claiming it was a separately incorporated entity from the one in New York, but that they were, in fact, the same business, court documents alleged.

Over the course of the next two years, prosecutors said Legassa submitted invoices for $672,500 for work purportedly done by Alley CT, of which the network paid $575,000. During the same period, the company paid Alley NY $400,000 for the same work.

Prosecutors say Legassa then shifted much of the money into his own bank accounts, using some to pay off a $50,000 auto loan and other credit-card debts.

According to a separate civil suit filed by NESN against Legassa, Alley CT never actually provided any services for the network.

Eventually, employees in NESN’s finance department detected the discrepancy and a review of incorporation documents showed that Legassa was listed as the owner of Alley CT.

When confronted, Legassa tried to claim that Alley Interactive LLC was a “common name” according to NESN’s civil suit. But when pressed by the network’s head of finance, he admitted he had created the Connecticut company, and that it had no relationship with the one in New York, prosecutors said. He was fired on Jan. 6 and NESN filed a civil suit against him the following day.

By the end of January, Legassa was criminally indicted on mail-fraud charges in federal court in Boston and he was arrested in Connecticut on Wednesday.

If convicted, Legassa faces up to 20 years in prison.

: ‘It democratizes what you get’: Hearing aids are now available over the counter...

The Value Gap: Apple exec: No one is safe from climate change until the...