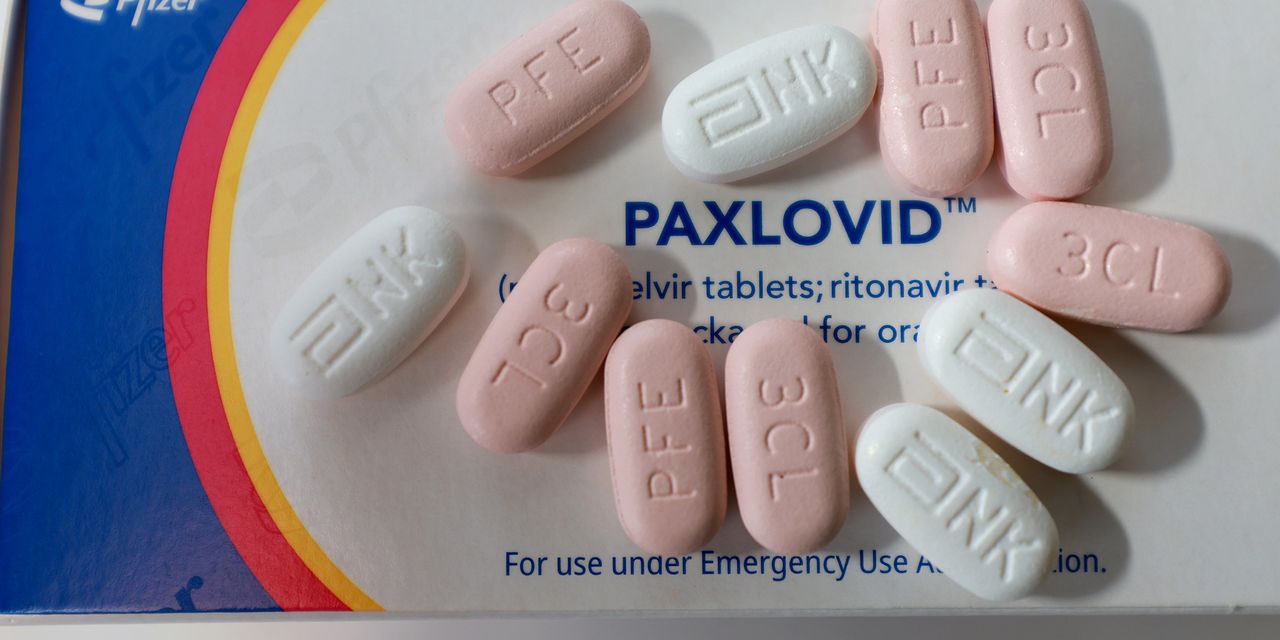 A new study has found that the COVID antiviral Paxlovid can interact badly with certain heart medications, raising concerns for patients with cardiovascular risk who test positive.

The study was published in the Journal of the American College of Cardiology and found the reaction involved such medications as blood thinners and statins. As patients who are hospitalized with COVID are at elevated risk of heart problems, they are likely to be described Paxlovid, which was developed by Pfizer PFE, -0.86%.

“Co-administration of NMVr (Paxlovid) with medications commonly used to manage cardiovascular conditions can potentially cause significant drug-drug interactions and may lead to severe adverse effects,” the authors wrote. “It is crucial to be aware of such interactions and take appropriate measures to avoid them.”

The news comes just days after the White House made a renewed push to encourage Americans above the age of 50 to take Paxlovid or use monoclonal antibodies if they test positive and are at risk of developing severe disease.

White House coordinator Dr. Ashish Jha told the New York Times that greater use of the medicine could reduce the average daily death count to about 50 a day from close to 400 currently.

Yet a smaller share of 80-year-olds with COVID in the U.S. is taking it than 45-year-olds, Jha said, citing data said he has seen.

On Thursday, the White House extended its COVID pubic health emergency through Jan. 11 as it prepares for an expected rise in cases in the colder months, the Associated Press reported.

The public health emergency, first declared in January 2020 and renewed every 90 days since, has dramatically changed how health services are delivered.

The declaration enabled the emergency authorization of COVID vaccines, as well as free testing and treatments. It expanded Medicaid coverage to millions of people, many of whom will risk losing that coverage once the emergency ends. It temporarily opened up telehealth access for Medicare recipients, enabling doctors to collect the same rates for those visits and encouraging health networks to adopt telehealth technology.

Since the beginning of this year, Republicans have pressed the administration to end the public health emergency.

President Joe Biden, meanwhile, has urged Congress to provide billions more in aid to pay for vaccines and testing. Amid Republican opposition to that request, the federal government ceased sending free COVID tests in the mail last month, saying it had run out of funds for that effort.

Separately, the head of the World Health Organization urged countries to continue to surveil, monitor and track COVID and to ensure poorer countries get access to vaccines, diagnostics and treatments, reiterating that the pandemic is not yet over.

Tedros Adhanom Ghebreyesus said most countries no longer have measures in place to limit the spread of the virus, even though cases are rising again in places including Europe.

“Most countries have reduced surveillance drastically, while testing and sequencing rates are also much lower,” Tedros said in opening remarks at the IHR Emergency Committee on COVID-19 Pandemic on Thursday.

“This,” said the WHO leader, “is blinding us to the evolution of the virus and the impact of current and future variants.”

The daily average for new cases stood at 38,530 on Thursday, according to a New York Times tracker, down 19% from two weeks ago. Cases are rising in six states, namely Nevada, New Mexico, Kansas, Maine, Wisconsin and Vermont, and are flat in Wyoming. They are falling everywhere else.

• Federal Health Minister Karl Lauterbach has urged German states to reintroduce face-mask requirements for indoor spaces due to high COVID cases numbers, the Local.de reported. Lauterbach was launching his ministry’s new COVID campaign on Friday. “The direction we are heading in is not a good one,” he said at a press conference in Berlin, adding it’s better to take smaller measures now than be forced into drastic ones later.

• Health officials in Washington and Oregon said Thursday that a fall and winter COVID surge is likely headed to the Pacific Northwest after months of relatively low case levels, the AP reported. King County (Wash.) Health Officer Dr. Jeff Duchin said during a news briefing that virus trends in Europe show a concerning picture of what the U.S. could soon see, the Seattle Times reported.

• Kevin Spacey’s trial on sexual-misconduct allegations will continue without a lawyer who tested positive for COVID on Thursday, Yahoo News reported. The “American Beauty” and “House of Cards” star is on trial in Manhattan federal court facing allegations in a $40 million civil lawsuit that he preyed upon actor Anthony Rapp in 1986 when Rapp was 14 and Spacey was 26. Jennifer Keller’s diagnosis comes after she spent about five hours cross-examining Rapp on the witness stand over two days — a few feet away from the jury box without wearing a mask.

• A man who presents himself as an Orthodox Christian monk and an attorney with whom he lived fraudulently obtained $3.5 million in federal pandemic relief funds for nonprofit religious organizations and related businesses they controlled, and spent some of it to fund a “lavish lifestyle,” federal prosecutors said Thursday. Brian Andrew Bushell, 47, and Tracey M.A. Stockton, 64, are charged with conspiracy to commit wire fraud and unlawful monetary transactions, the U.S. attorney’s office in Boston said in a statement, as reported by the AP.

The global tally of confirmed cases of COVID-19 topped 623.9 million on Monday, while the death toll rose above 6.56 million, according to data aggregated by Johns Hopkins University.

Some 14.8 million people have had a shot of the new bivalent booster that targets the new omicron subvariants.

Inovio says the FDA lifted its ‘hold’ on the Phase 3 clinical trial for...

: After 2 years, it’s back to the office for Google workers, starting in...

Pinterest CEO Ben Silbermann is stepping down; stock rallies 9% after...