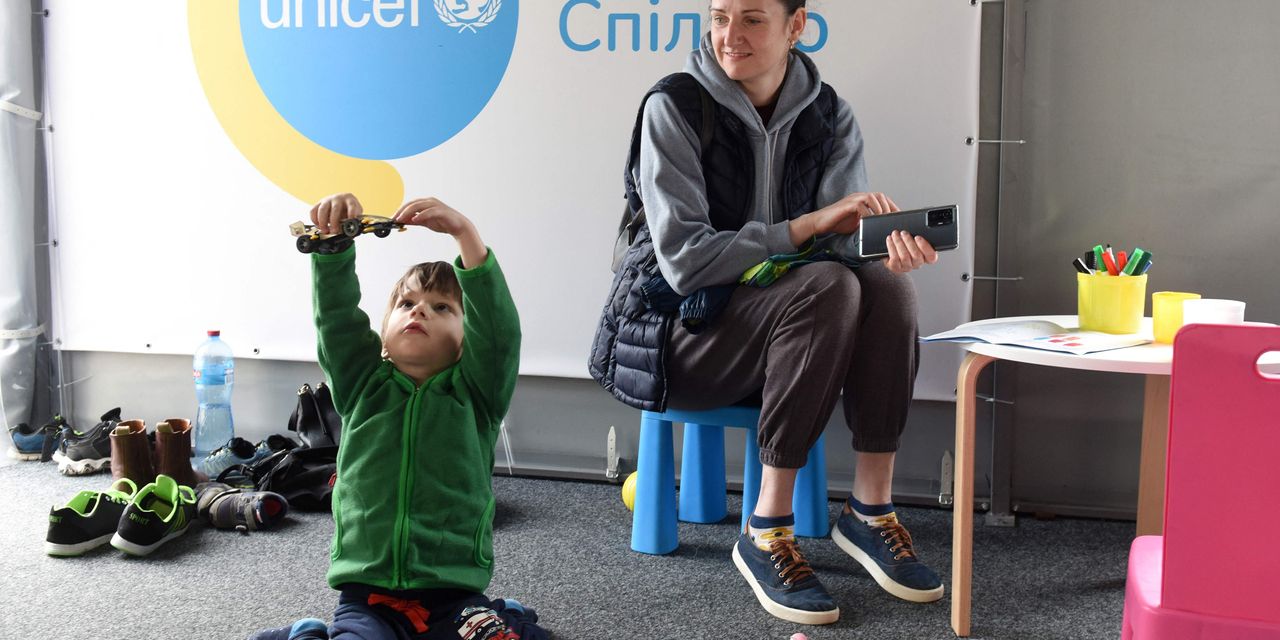 The coronavirus pandemic has caused the biggest backslide in childhood vaccinations in about 30 years, putting some 25 million children at risk of contracting a dangerous but preventable disease, the World Health Organization and Unicef said Friday.

“The percentage of children who received three doses of the vaccine against diphtheria, tetanus and pertussis (DTP3) — a marker for immunization coverage within and across countries — fell 5 percentage points between 2019 and 2021 to 81%,” the agencies said in a joint statement.

The decline was caused by a set of factors, including the growing number of children now living in conflict zones, but it was exacerbated by misinformation and COVID-related issues such as supply-chain snags and resource diversion to response efforts.

“This is a red alert for child health. We are witnessing the largest sustained drop in childhood immunization in a generation. The consequences will be measured in lives,” said Catherine Russell, Unicef’s executive director, in the statement.

COVID is not an excuse — catchups for the millions of children who have missed out on their shots must happen or the world will see outbreaks of risky but preventable diseases that will further stress health care systems, she added.

As always, people in low-income countries have been hit the hardest and are also struggling with malnutrition. “The convergence of a hunger crisis with a growing immunization gap threatens to create the conditions for a child survival crisis,” the agencies warned.

The news comes as the daily average for new U.S. cases is ticking higher and stood at 132,928 on Thursday, according to a New York Times tracker, up 17% from two weeks ago.

Case numbers are being propelled higher by the BA.5 omicron subvariant, which is the most transmissible form of SARS-CoV-2 to emerge so far, as MarketWatch’s Jaimy Lee wrote Friday.

The omicron subvariant, which made up less than one-third of new cases a month ago, is now the most dominant strain in the U.S., and BA.5 is troubling for several reasons: It’s better at jumping from person to person than any other strain, and it’s more likely to break through immunity generated by vaccines or infections than its subvariant siblings and the original omicron variant. (Experts predict that BA.5 will quickly overtake BA.4.)

According to Dr. Eric Topol, a cardiologist and director of the Scripps Research Translational Institute, it’s worse than delta, omicron or any other strain of the virus we’ve seen. “There’s a big misconception that in order to be worse you have to kill people,” he said. “If we didn’t have prior immunity from vaccines and boosters and infections and all these combinations of those, it would have been worse than omicron.”

• Shanghai is starting to lock down some areas again including housing compounds as officials take no chances on stabilizing COVID numbers, Bloomberg News reported. The city and financial hub counted 45 cases on Thursday, down from 47 on Wednesday, but a further  30 high and midlevel risk areas were subject to lockdown from Friday, officials said. Shanghai is still reeling from a recent two-month lockdown that greatly frustrated residents and hurt Chinese growth as reflected in GDP data from the second quarter.

• Canada has approved the Moderna MRNA, +3.83% vaccine for children from 6 months to 5 years old, local broadcaster CBC reported. The move makes about 2 million young children eligible for the shots, which are one-quarter the size of the dose approved for adults. Canada Health said Phase 3 trial results for the drug show the immune response in children between 6 months and 5 years old was comparable to Moderna’s vaccine for 18- to 25-year-olds.

• The county in Washington state that includes Seattle is considering face-mask mandates as BA.5 cases spread rapidly, the Associated Press reported. Cases are now higher than they were during last year’s delta wave, according to Dr. Jeff Duchin, health officer for public health for the city and surrouning King County. And those case numbers are an undercount because many people are using rapid at-home tests, which are rarely included in official numbers, KUOW reported.

The global tally of confirmed cases of COVID-19 topped 560.8 million on Friday, while the death toll rose above 6.36 million, according to data aggregated by Johns Hopkins University.

The Centers for Disease Control and Prevention’s tracker shows that 222.6 million people living in the U.S. are fully vaccinated, equal to 67.1% of the total population. But just 107 million have had a first booster, equal to 48.1% of the vaccinated population.

Just 18.2 million of the people 50 years old and over who are eligible for a second booster have had one, equal to 28.5% of those who had a first booster.

FA Center: You might think bearish sellers have popped the market’s bubble, but these...

The Conversation: The EU is much more aggressive than the U.S. in pushing organic...