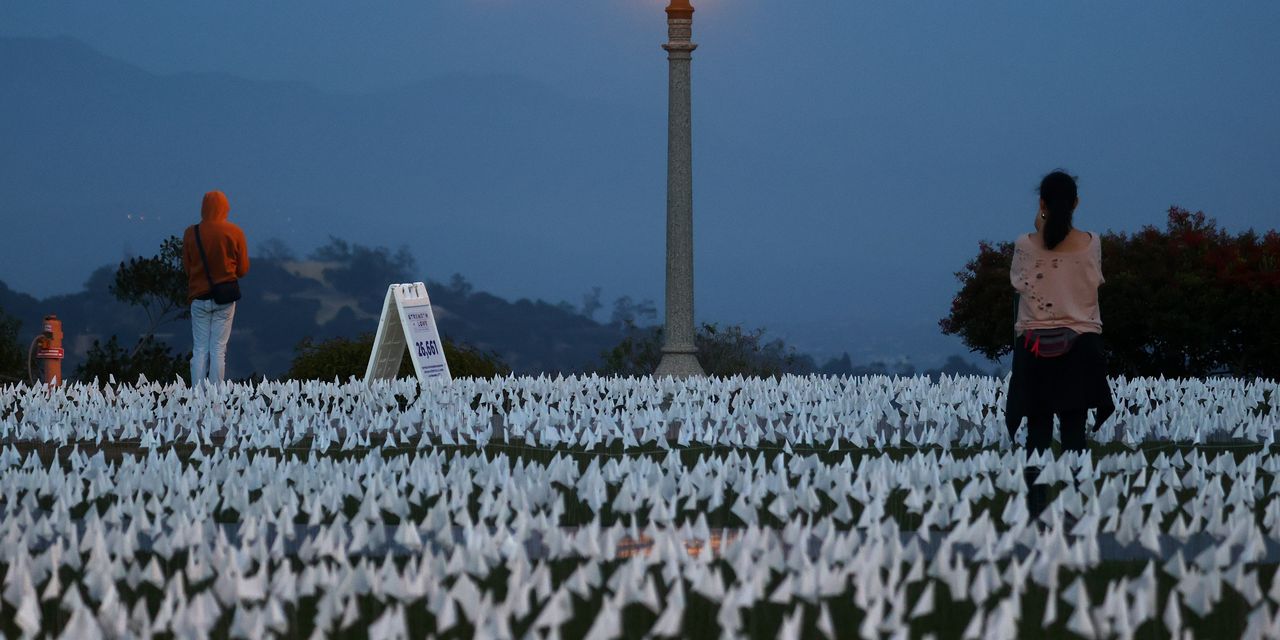 The U.S. has already suffered more deaths from the coronavirus-borne illness COVID-19 in 2021 than in 2020, even though vaccines that prevent serious illness and death have been available since April, according to data from the Centers for Disease Control and Prevention.

The paper cited experts as saying the cause was not just the low vaccine uptake, but also due to the relaxation of safety measures such as wearing face masks and avoiding indoor gatherings, with many people wrongly assuming that vaccines had effectively ended the crisis.

That has also led to a fresh rise in cases, hospitalizations and deaths in recent weeks after all three had fallen from their early September peaks. New cases are averaging 94,335 a day, according to a New York Times tracker, up 25% from two weeks ago. Hospitalizations are up 9% from two weeks ago to an average of 50,942 and deaths continue to average more than 1,100 a day, meaning the U.S. is seeing casualties equal to those suffered in the terrorist attacks of 9/11, 2001 every three days.

The CDC’s vaccine tracker is showing that almost 196 million people living in the U.S. are fully vaccinated, equal to just 59% of the overall population, and well below the 70% threshold experts say is needed to stop the spread. That threshold may be understated, according to Dr. Celine Gounder, an infectious disease expert at Bellevue Hospital Center, cited by the New York Times as saying that an 85% to 90% vaccination rate may be required to make the virus endemic, meaning it still exists but at a lower level without the spikes that have repeatedly emerged in the last two years.

The unvaccinated continue to account for most new cases, hospitalizations and deaths, a trend that shows no signs of ending. In the latest example, seven doctors who attended an anti-vaccine conference in Florida tested positive for COVID or got symptoms days after the event, according to The Daily Beast.

The event, held on Nov. 6 and called “The Day the Earth Listened” drew up to 900 participants, none of whom wore face masks or attempted to distance. Attending doctors recommended using Ivermectin to both treat and prevent COVID, despite there being no evidence for its validity. Ivermectin is a treatment for parasites and head lice in humans, as well as a horse dewormer, and can have serious side effects including death, as the FDA has repeatedly warned.

A group of Russian doctors, fed up with such misinformation and conspiracy theorizing, invited anti-vax celebrities and politicians to visits the country’s worst-hit COVID hospital wards and see first-hand the devastating effects of the virus, AFP reported.

In an open letter published by state news agency TASS, 11 doctors from a number of cities told singers, actors, TV personalities and others that they would take the time to show them around COVID treatment centers.

“Given how many people read and listen to you, we will find time to escort you through the red zones, intensive care units and pathology departments of our hospitals,” the doctors said. “Maybe after that, you will change your position and fewer people will die,” it added.

The World Health Organization said that Europe, yet again, is the only region where COVID cases are rising on a weekly basis, and not either declining or stabilizing as they are in the rest of the world. In its latest epidemiological update, the agency highlighted Germany, the U.K., Russia and Turkey as the countries with the highest weekly incidence of new cases. Russia reported the highest number of new deaths from COVID. Russia has inoculated just 37% of its population, according to data from Johns Hopkins University.

See: WHO warns Europe COVID death toll could exceed 2.2 million by March, and U.S. warns against travel to Germany and Denmark

The European CDC, fearing a “very high” burden of COVID in December and January, has called for public health measures to be enforced immediately in combination with continued efforts to increase vaccine uptake in the total population.

“There are still too many individuals at risk of severe COVID-19 infection whom we need to protect as soon as possible.,” the agency said in a statement. “We need to urgently focus on closing this immunity gap, offer booster doses to all adults, and reintroduce non-pharmaceutical measures.”

So far, only the vaccine developed by Pfizer Inc.  PFE, -0.09%  and German partner BioNTech SE BNTX, -1.86% has gained full approval from the U.S. regulator, the Food and Drug Administration, in an August decision.

New Zealand will reopen its borders to vaccinated travelers starting in 2022, after restrictions that have been in place for 18 months, CNN reported.

The global tally for the coronavirus-borne illness climbed above 259 million on Wednesday, while the death toll edged above 5.17 million, according to data aggregated by Johns Hopkins University.

China, where the virus was first discovered late in 2019, has had 111,034 confirmed cases and 4,809 deaths, according to its official numbers, which are widely held to be massively understated.

Pfizer to supply Unicef wit up to 4 million courses of its COVID antiviral...

Market Snapshot: Dow tumbles over 400 points and blue-chip index at...