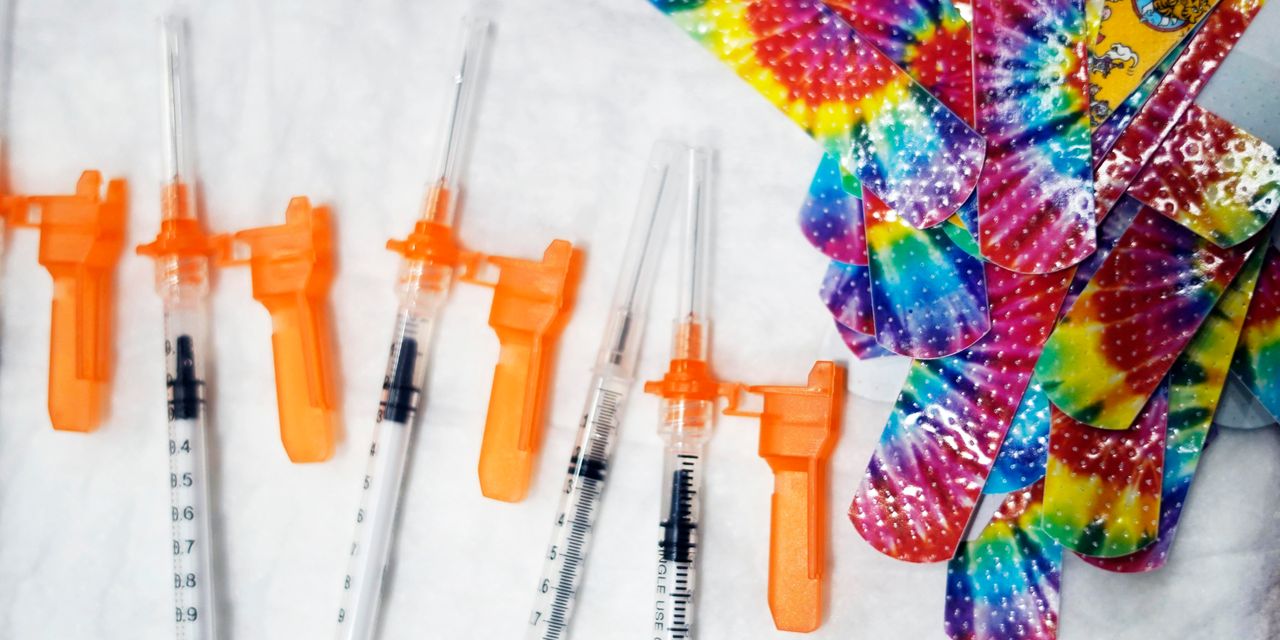 The daily average of new U.S. cases may have started to decline based on official numbers, but it’s unclear at this time if the trend is real, as so many people are testing at home and the data are not being captured.

The average stood at 118,380 on Thursday, according to a New York Times tracker, down 8% from two weeks ago. The daily average remains close to 120,000 after hovering closer to 130,000 a day for the past week. That’s more than the average for most of the spring and summer, but the lower number may reflect a real decline in infections.

The World Health Organization’s weekly update showed U.S. cases were up 2% in the week through July 21, bucking a more positive trend in global cases, which were down 9% in the same week.

The WHO said the most transmissible virus variant, the BA.5 omicron subvariant, is continuing to cement its dominance, accounting for 69.6% of cases uploaded to a central sequencing database, up from 63.8% a week ago.

Biden’s temperature, pulse, blood pressure, respiratory rate and oxygen saturation remain normal and his lungs are clear. He will continue to remain in isolation, said O’Connor.

Read also: Campus COVID-19 vaccine mandates had the biggest impact on colleges with low-income students. Here’s why they were so effective.

In vaccine news, Novavax NVAX, -2.68% has initiated a Phase 2b/3 Hummingbird global clinical trial of its COVID vaccine in children 6 months through 11 years old.

U.S. regulators authorized the use of Novavax’s more traditional protein-based vaccine for adults aged 18 and older in July, offering the vaccine-hesitant a shot that works differently than the mRNA-based vaccines developed by Moderna MRNA, -3.78% and Pfizer PFE, -1.18% and German partner BioNTech BNTX, +1.48% and the viral vector Janssen vaccine from Johnson & Johnson JNJ, -0.40%.

The new Novavax trial will evaluate the safety, effectiveness and efficacy of two doses of the COVID-19 vaccine, NVX-CoV2373, in younger children, followed by a booster at six months, the company said.

The company is aiming to enroll 3,600 participants in the U.S., Mexico, Colombia, Argentina, Spain, the U.K., South Africa, Philippines and Brazil. The company said it expects initial results in the first quarter of 2023.

• Germany’s health minister, an epidemiologist by training who has led the country’s fight against COVID-19 since December, has tested positive for the coronavirus, the Associated Press reported. Karl Lauterbach’s ministry said early Friday that the 59-year-old has only light symptoms and is working from home. It said that Lauterbach has had four vaccine shots and his infection “shows that, with the highly contagious omicron variant, an infection can’t be entirely ruled out even with utmost caution.”

• In happier news from Germany — especially for beer enthusiasts — the annual Oktoberfest festival will be held this year after a two-year hiatus caused by the pandemic, the AP reported separately. “The Wiesn will take place,” festival head Clemens Baumgaertner told reporters in Munich using the locals’ Bavarian colloquialism for the Oktoberfest, which refers to the big lawn, or Wiese, where the boozy celebrations take place.

• A West Virginia man was sentenced Thursday to three years in federal prison after he sent emails threatening Dr. Anthony Fauci and another federal health official for talking about the coronavirus and efforts to prevent its spread, USA Today and other media outlets reported. Using an anonymous email account based in Switzerland, Thomas Patrick Connally Jr. threatened to kill Fauci or members of his family, the U.S. Department of Justice said in a news release. One of his messages said they would be “dragged into the street, beaten to death, and set on fire.”

• A day after the U.S. declared monkeypox to be a public health emergency, officials in New York state are warning that samples from a confirmed case of polio in Rockland County are linked to samples found in other locations, raising concerns about the potential spread of the disease in the state, NBC News reported. The state health department, which launched wastewater surveillance earlier this month after officials announced the first confirmed U.S. polio case in nearly a decade in an unvaccinated patient in Rockland County on July 21, says the CDC confirmed the presence of the polio virus in samples taken from June and July in two geographically different locations of Orange County. “These environmental findings — which further indicate potential community spread — in addition to the paralytic polio case identified among a Rockland County resident, underscore the urgency of every New York adult and child getting immunized against polio, especially those in the greater New York metropolitan area,” the health department said in a statement.

The global tally of confirmed cases of COVID-19 topped 582.1 million on Friday, while the death toll rose above 6.41 million, according to data aggregated by Johns Hopkins University.

Financial Crime: ‘This feels like a scam’: Third-party seller admits to stealing $1.3 million...