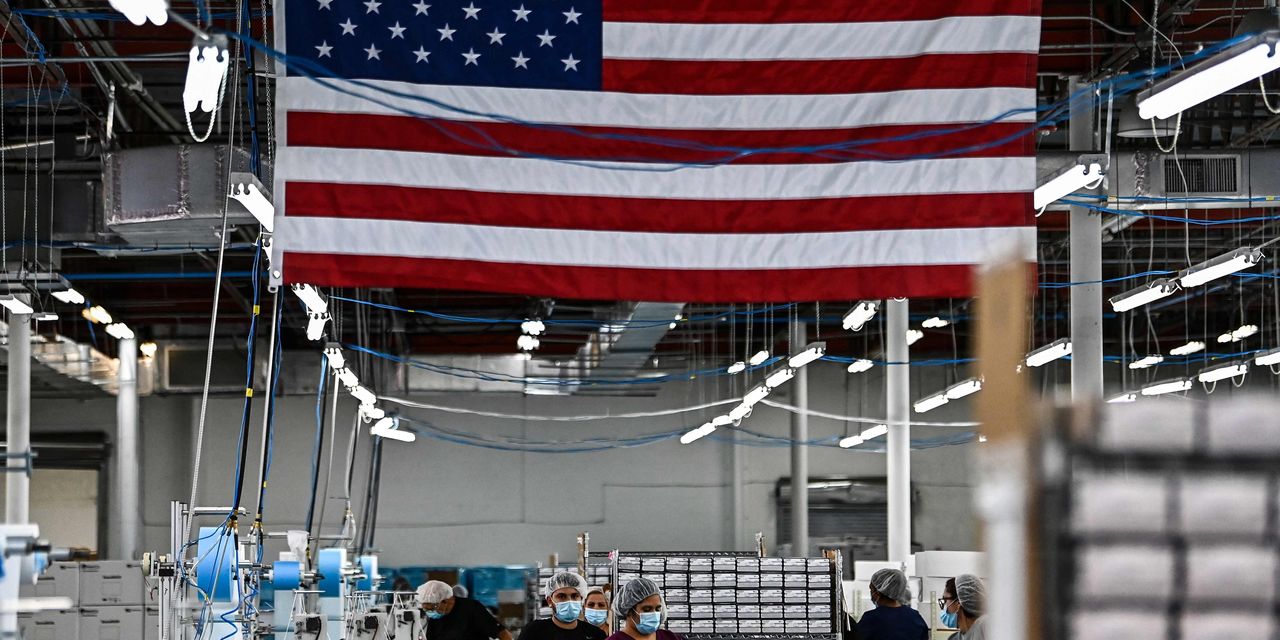 The U.S. government stepped up its effort to address a surge of COVID-19 cases driven by the highly contagious omicron variant on Wednesday, while the U.K. moved in the opposite direction, with Prime Minister Boris Johnson announcing an easing of coronavirus restrictions.

Johnson, who is under pressure to resign after a series of parties at his Downing Street residence during the U.K.’s lockdowns, announced that the use of mandatory certification that shows either vaccination or a recent negative test at major venues will end in England, as will the mandate that required the wearing of face masks in classrooms.

The U.K. also is no longer recommending employees work at home, Johnson said.

Self-isolation rules are still mandatory, though the waiting period will be reduced to five days after two negative tests.

The announcement drew criticism, coming at a time when the U.K. is still struggling with a high number of cases and thousands of schoolkids out because of infection or exposure.

The administration of President Joe Biden is expected to announce plans to make 400 million N95 masks available free at U.S. pharmacies and community health centers across the country, a White House official reportedly told the Wall Street Journal. The move will be the biggest deployment of personal protective equipment in U.S. history, according to reports.

Some scientists and doctors have said popular single-layer cloth masks may not be sufficient to protect against omicron and called on the administration to expand access to high-filtration masks such as N95s. The masks will be available from next week at pharmacies and community centers and will be distributed free of charge. The full program is expected to be up and running by early February.

On Tuesday, the administration began taking orders through a new website — at COVIDtests.gov—for at-home rapid tests that will be distributed to Americans for free, one day ahead of the planned launch on Wednesday.

Read: Biden administration’s website for free COVID-19 tests has gone live ahead of schedule — here’s everything you need to know

The U.S. is still counting almost 800,000 new COVID cases a day, according to a New York Times tracker, and hospitalizations are at a record level above 150,000 a day.

There are rising hopes that omicron may soon peak, as it seems to be doing in states in the Northeast, including New York, but other states are suffering extreme surges in new cases, with Alaska, Oregon and Utah all seeing them up about 400% in a two-week span.

Hospitals in many areas are being hit hard by staffing shortages, as workers have fallen ill or have left their jobs.

• The Centers for Disease Control and Prevention on Tuesday warned Americans not to travel to another 22 countries and territories because of their high numbers of COVID-19 cases, including Israel, Australia and Argentina. The agency raised its travel recommendation to “Level Four: Very High,” increasing the number of places in that category to a total of more than 100. The CDC is warning unvaccinated Americans to avoid nonessential travel to another 20 countries it rates at “Level 3: High.”

• The government of Japan said it would place 13 prefectures, including Tokyo, under restrictions from Friday through Feb. 13 as it works to battle a surge in omicron cases, the New York Times reported. The restrictions will vary by prefecture, and may include shortening business hours and halting the sale of alcohol. The decision comes amid a sharp rise in infections linked to the omicron variant of the coronavirus SARS-CoV-2, hitting a record 32,197 cases nationwide on Tuesday to beat the prior record of nearly 26,000 cases set in August.

• The Chinese city of Xi’an has partially resumed public transport after confining its 13 million residents to their homes in mid-December because of an outbreak of COVID cases, AFP reported, citing official announcements. Chinese officials have pursued a strict “zero-COVID” approach to containing the virus, with tight border restrictions and targeted lockdowns, a strategy that has come under pressure as multiple clusters have flared across the country ahead of next month’s Winter Olympics.

• U.S. biotech billionaire Patrick Soon-Shiong opened a plant in Cape Town that will be the first in Africa to produce COVID-19 vaccines from start to finish, AFP reported separately. The factory should churn out its first vials of second-generation coronavirus vaccine “within the year” and produce a billion doses annually by 2025, said Soon-Shiong.

• Global health charities the Bill & Melinda Gates Foundation and Wellcome Trust each pledged $150 million to the Coalition for Epidemic Preparedness Innovations (CEPI) to fund its COVID-19 pandemic response and help put it on better footing for future major health crises, Reuters reported. CEPI has a five-year plan to compress vaccine-development timelines to 100 days, or about a third of the time it took to develop COVID vaccines.

See: Carhartt CEO says an unvaccinated workforce is a ‘risk that our company is unwilling to take’

The global tally of confirmed cases of COVID-19 rose above 334.6 million, and the death toll is now more than 5.55 million, according to data aggregated by Johns Hopkins University.

The Centers for Disease Control and Prevention’s vaccine tracker is showing that about 209 million people living in the U.S. are fully vaccinated, equal to 63% of the total population.

Some 81 million have received a booster, equal to 38.7% of the fully vaccinated.

: The stock split from Google’s parent may spark a wave, Bank of America...

Dow futures sink about 500 points as Putin orders troops to...

European stocks rally on apparent climb down on NATO by Ukraine’s...