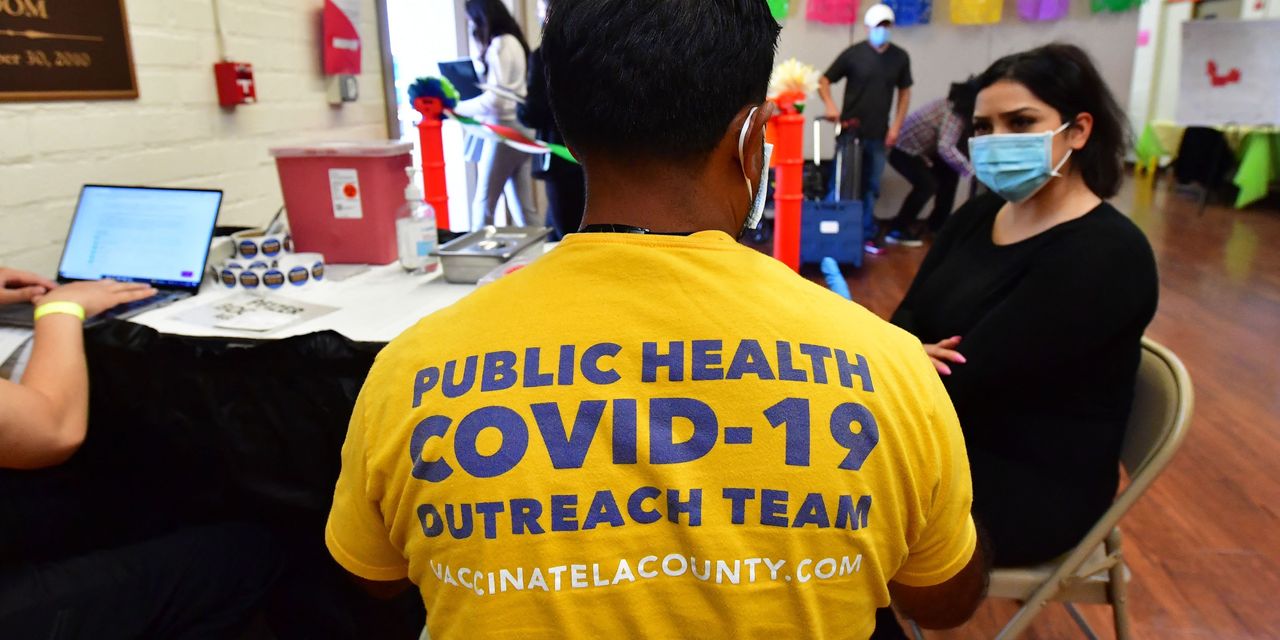 U.S. COVID cases and hospitalizations are rising again and are now trending at the highest levels seen this summer, as the BA.5 omicron subvariant becomes dominant.

BA.5 is understood to be the most transmissible variant to emerge in the pandemic and to have an ability to break through vaccination and cause reinfection. BA.5 accounted for more than 53% of global cases sequenced in the week through July 10, according to the World Health Organization, up from 51% a week earlier.

The WHO’s weekly epidemiological update found the U.S. had the world’s highest number of new cases. That’s an ominous sign as case numbers are widely held to be undercounted, given how many people are testing at home and not sending the data anywhere for collection. U.S. President Joe Biden tested positive on Thursday and on Friday was said to have seen improvement in his mild symptoms.

Biden’s infection serves as a reminder to the nation that the pandemic is not over, even if many, perhaps most, Americans are behaving as if it is and have long eschewed the public safety measures that were widely followed in the first two years.

Biden, who is working from the White House residence in isolation, is taking Paxlovid, the antiviral developed by Pfizer PFE, +0.18%.

Read now: Are you confused about BA.5 and the current state of the pandemic? Here’s how the experts are thinking about it.

The White House outlined a strategy last week to combat BA.5, centered around expanding access to vaccines, treatments, tests and other tools, emphasizing the need for older people and the immunocompromised to get a second booster.

But messaging from public health agencies has become more muted in recent months and the vaccine program has slowed considerably (see latest numbers below).

Meanwhile, the daily average for new U.S. cases stood at 128,513 on Thursday, according to a New York Times tracker, up 19% from two weeks ago.

• A third-party auditor will review the New York state government’s response to the COVID-19 pandemic, including efforts by the administration of the previous governor, Andrew Cuomo, to downplay the number of deaths of nursing-home residents, the Associated Press reported. The state plans to select an auditor, who would have until late 2023 to deliver a final report, under a timeline released Tuesday by the office of current Gov. Kathy Hochul, like Cuomo a Democrat. Initial findings are expected in May.

• The spread of monkeypox in the U.S. could represent the dawn of a new sexually transmitted disease, though some health officials say the virus that causes pimple-like bumps might yet be contained before it gets firmly established, the AP reported separately. More than 2,400 U.S. cases have been reported so far as part of an international outbreak that started two months ago. The disease is rapidly replacing the coronavirus as a health topic.

See: Do kids still get polio vaccines? Is polio airborne? What you need to know.

• Extreme heat in China this week is making the country’s zero-COVID policy more difficult to implement, CNN reported. Frontline healthcare workers are bearing the brunt of the burden, with some collapsing from heat stroke, the network reported. Adding to the burden of surging temperatures, many frontline workers are required to wear full hazmat suits that causes sweat to pool. China is among the many countries currently suffering record temperatures.

• New Zealanders are dying from COVID-19 at record rates as the country battles a new wave of the omicron strain that is particularly affecting the older population, Reuters reported. There were 151 deaths from COVID in the week through July 16, compared with 115 in the previous worst week for fatalities in March, according to Health Ministry data. In the latest 24 hours, 26 people died from COVID, all aged over 60, the ministry said in a statement on Friday.

The global tally of confirmed cases of COVID-19 topped 56.38 million on Friday, while the death toll rose above 6.38 million, according to data aggregated by Johns Hopkins University.

The Centers for Disease Control and Prevention’s tracker shows that 222.9 million people living in the U.S. are fully vaccinated, equal to 67.2% of the total population. But just 107.5 million have had a first booster, equal to 48.2% of the vaccinated population.

Just 19 million of the people 50 years old and over who are eligible for a second booster have had one, equal to 29.7% of those who had a first booster.

Vaxxinity to go public with $1.6 billion valuation as downsized IPO priced below the...

Extra Credit: Inside the restart of student loan payments. Here’s what you need to...

Biden unlikely to get OK from Congress for gas-tax holiday: analysts