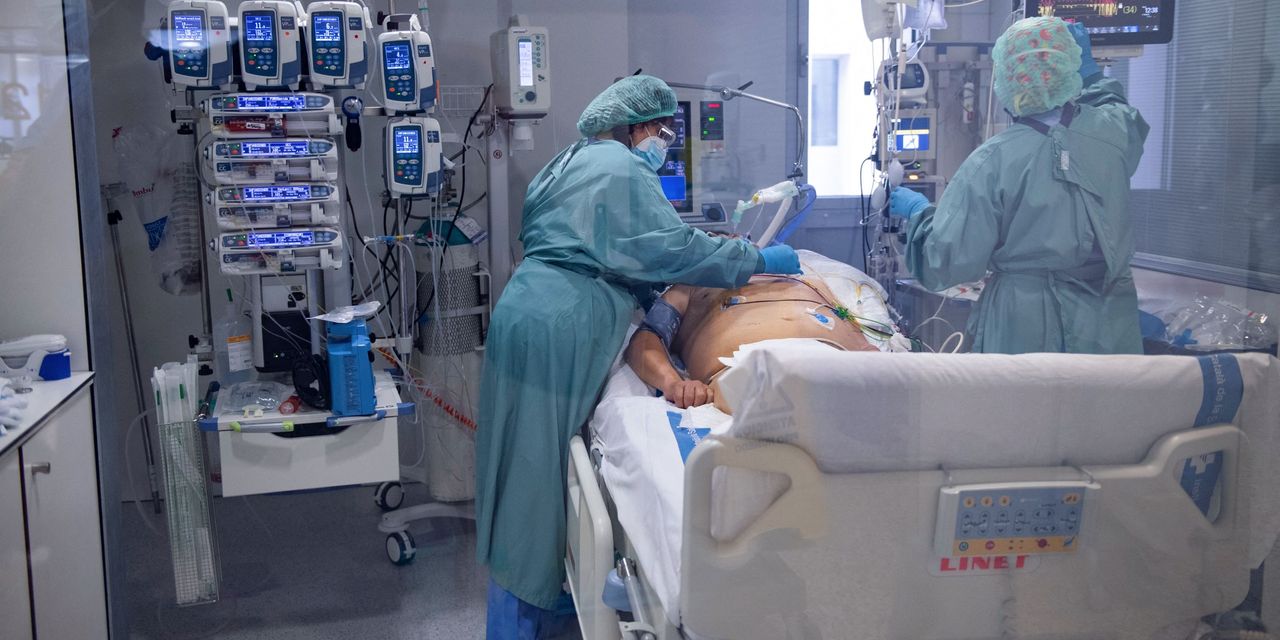 People who have had COVID-19 are facing a higher risk of neurological and psychiatric conditions some two years later as compared with other respiratory illnesses, according to a large-scale study that was published in the journal Lancet Psychiatry.

The study involved 1.28 million patients and was conducted by Oxford University and National Institute for Health and Care Research Oxford Health Biomedical Research Centre, making it the biggest of its kind.

Researchers analyzed data on 14 neurological and psychiatric diagnoses using electronic health records and found COVID sufferers had a higher risk of brain fog, dementia and psychosis, along with anxiety and depression, albeit for different lengths of time.

“We found that the risks of post-COVID neurological and psychiatric outcomes follow different trajectories: the risk of cognitive deficit, dementia, psychotic disorder, and epilepsy or seizures remain elevated 2 years after SARS-CoV-2 infection, while the risks of other diagnoses (notably, mood and anxiety disorders) subside after 1-2 months and show no overall excess over the whole 2-year follow-up,” the authors wrote.

“These findings are relevant for policy makers involved in anticipating and addressing the health burden of the pandemic, for researchers seeking to identify the mechanisms underpinning brain sequelae of COVID-19, and for patients and clinicians wishing to know the neurological and psychiatric risks following SARS-CoV-2 infections,” the authors wrote.

The news comes as U.S. known cases of COVID are continuing to ease, although the true tally is likely not being reflected as many people are testing at home and results are not being collected.

• A new study found three generic drugs — fluvoxamine, which is often prescribed to treat depression, the controversial antimalarial ivermectin, and the diabetes pill metformin — failed to prevent the kind of severe COVID-19 that leads to an emergency-room visit or hospitalization., MarketWatch’s Jaimy Lee reported. The research, published Wednesday in the New England Journal of Medicine, examined whether any of the three medications benefited 1,323 patients when prescribed in the early days of a COVID-19 infection. Some of the study’s participants received a combination of metformin and fluvoxamine or metformin and ivermectin, most were vaccinated, and all were overweight. The randomized, placebo-controlled, Phase 3 study was conducted from December 2020 January of this year by researchers at the University of Minnesota.

From the archive: ‘You will not believe what I’ve just found.’ Inside the ivermectin saga: a hacked password, mysterious websites and faulty data.

• As of early August, just 5% of children below the age of 5 who are eligible for COVID vaccination had a first of two shots, the New York Times reported. The low take-up rate suggests a lack of urgency among parents, who can ask pediatricians and family physicians‌ to provide them. What’s more, just 30% of those aged 5 to 11 are fully vaccinated, even though that age group has been eligible since the fall of 2021.

• New Zealand’s regulator has granted provisional approval to Novavax’s NVAX, -5.56% COVID vaccine in adolescents aged 12 through 17. The decision was based on data from a late-stage trial involving 2,247 adolescents aged 12 through 17 across 73 sites that found it had 80% efficacy during the delta wave, the company said. The Novavax vaccine, which is protein-based, unlike the mRNA vaccines developed by Moderna MRNA, -5.06% and Pfizer PFE, -1.40% with German partner BioNTech BNTX, -2.91%, has now been granted authorization in the 12-to-17 age group in India, the European Union, Australia, Japan and Thailand, and is actively under review in other markets.

The global tally of confirmed cases of COVID-19 topped 593.4 million on Tuesday, while the death toll rose above 6.44 million, according to data aggregated by Johns Hopkins University.

What’s Worth Streaming: Here’s everything new coming to Netflix in May 2022 — and...

Mutual Funds Weekly: These money and investing tips can keep your portfolio shining through...

U.S. oil prices fall to their lowest settlement since April