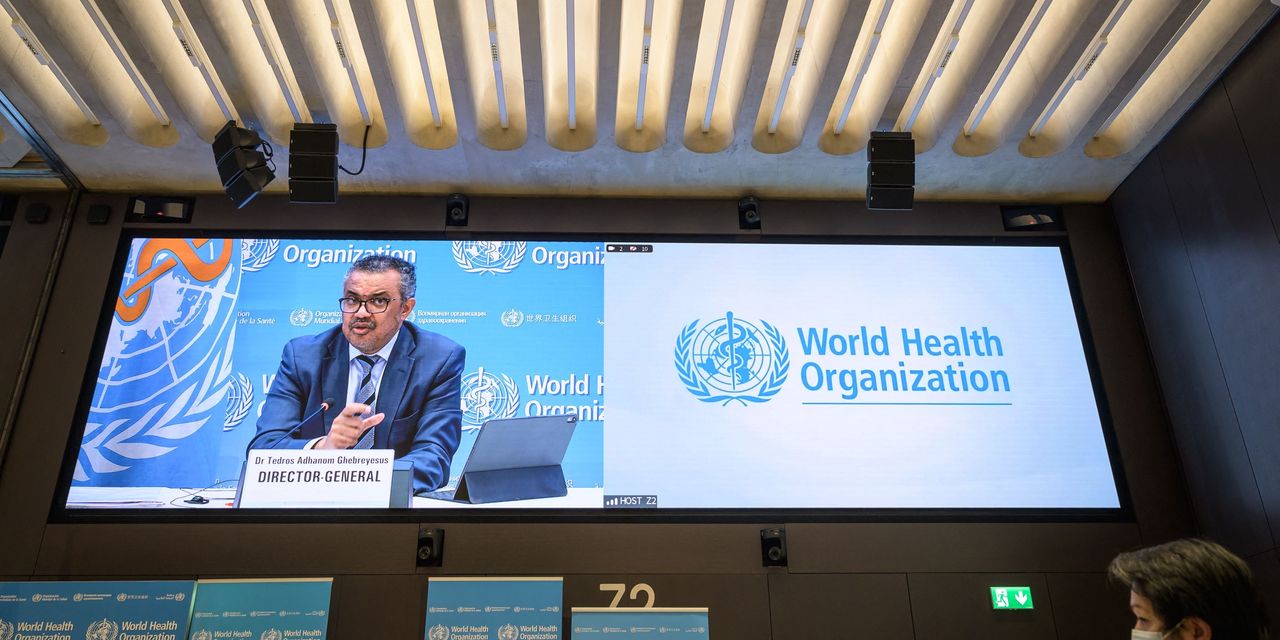 The omicron sublineages named BQ.1 and XBB do not appear to have immune escape mutations that warrant being designated as variants of concern, a World Health Organization advisory panel said Friday.

However, the two are sublineages of the dominant omicron strain, which continues to be a variant of concern, said a statement from the WHO’s Technical Advisory Group on SARS0CoV-2 Virus Evolution following a meeting this week.

The decision will be reassessed regularly to ensure there is no change that might warrant a new designation, said the statement.

As of Oct. 25, the XBB and XBB.1 lineages had been detected in 35 countries, according to a WHO weekly update from Thursday. The two are BA.2.10.1 and BA.2.75 recombinants, which were found in 26 countries in the previous week.

“There has been a broad increase in prevalence of XBB in regional genomic surveillance, but it has not yet been consistently associated with an increase in new infections,” the panel wrote. However, early evidence does suggest a higher reinfection risk compared with other circulating omicron variants.

BQ.1 is a sublineage of BA.5, which remains dominant globally, accounting for 77.1% of sequences forwarded to a centralized database in the week through Oct. 23. BQ.1 has been found in 65 countries.

“While there are no data on severity or immune escape from studies in humans, BQ.1* is showing a significant growth advantage over other circulating Omicron sublineages in many settings, including Europe and the US, and therefore warrants close monitoring,” said the panel.

The real risk of the variants depends on the level of immunity in a given region, it added. And with waning immune response from initial waves of omicron infection, and further evolution of omicron variants, “it is likely that reinfections may rise further,” said the statement.

Read now: COVID-19 may be to blame for the surge in RSV illness among children. Here’s why.

In the U.S., known cases of COVID are continuing to ease and now stand at their lowest level since mid-April, although the true tally is likely higher given how many people overall are testing at home, where the data are not being collected.

• Gilead Sciences Inc. GILD, +12.92% said sales of its COVID treatment Veklury, formerly known as remdesivir, fell 52% to $925 million in the third quarter, driven by lower rates of COVID-19-related hospitalizations compared to the third quarter of 2021.” Last month, Gilead said the World Health Organization expanded its guidance to recommend remdesivir for treatment of patients with severe symptoms.

• The pandemic devastated poor children’s well-being, not just by closing their schools, but also by taking away their parents’ jobs, sickening their families and teachers, and adding chaos and fear to their daily lives, the Associated Press reported, citing an analysis of test scores that was shared on an exclusive basis. The analysis found the average student lost more than half a school year of learning in math and nearly a quarter of a school year in reading—with some district averages slipping by more than double those amounts, or worse. Online learning played a major role, but students lost significant ground even where they returned quickly to schoolhouses, especially in math scores in low-income communities.

• Optimism among U.S. companies in China has hit record low levels, an annual survey showed on Friday, as competitive, economic, and regulatory challenges compound the stresses already imposed by Beijing’s ongoing zero-COVID policies, Reuters reported. Just 55% of 307 companies surveyed by the American Chamber of Commerce in Shanghai and consulting firm PwC China described themselves as optimistic about the five-year business outlook. The reading is the lowest in the survey’s 23-year history and worse than in 2020, when COVID first surfaced, and during the trade standoff between Beijing and Washington in 2019.

• The Chinese city of Shanghai has ordered mass testing on all 1.3 million residents of its downtown Yangpu district and is confining them to their homes at least until results are known, the AP reported. The demand is an echo of measures ordered over the summer that led to a two-month lockdown of the entire city of 25 million that devastated the local economy, prompting food shortages and rare confrontations between residents and the authorities.

The global tally of confirmed cases of COVID-19 topped 629.6 million on Friday, while the death toll rose above 6.58 million, according to data aggregated by Johns Hopkins University.

Encore: How the Alzheimer’s drug Aduhelm posed a real challenge to Medicare officials

: Here are the biggest trailers from Comic-Con 2022, including ‘Wakanda Forever’