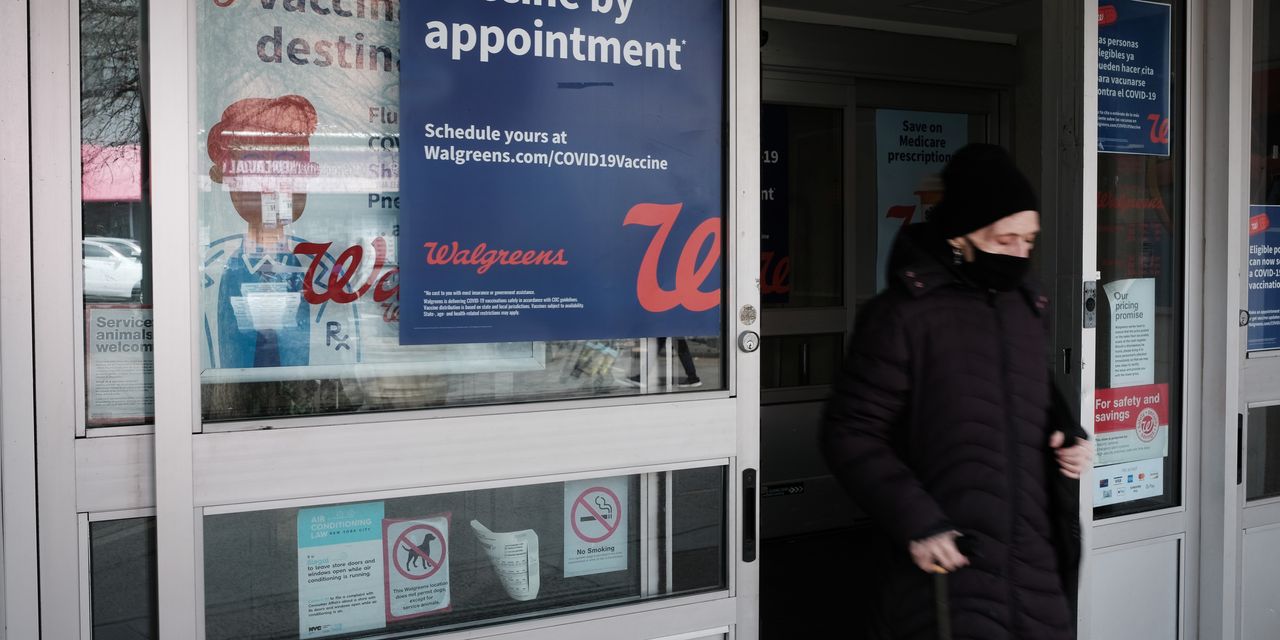 A new omicron subvariant called XBB.1.5 spread so rapidly in the U.S. in December that it accounted for more new cases than any other variant in the final week of the year, according to data published Friday by the Centers for Disease Control and Prevention.

The XBB.1.5 subvariant has spread quickly. It accounted for just 1.3% of new cases in the first week of December and has more than doubled its share every week since then.

In the New York region, which includes New Jersey, Puerto Rico and the U.S. Virgin Islands, it accounted for 72.2% of new cases in the latest week.

While the subvariant appears more infectious than earlier ones, data do not suggest it’s more risky. But experts are urging Americans to keep up with vaccine boosters, which are still the best protection against severe illness and death.

Overall, in the U.S., the seven-day average for new COVID cases has continued to fall and stood at 58,928 on Monday, according to a New York Times tracker. That’s down 11% from two weeks ago and below the recent peak of 70,508 cases recorded on Christmas Eve.

The New York Times tracker notes that there’s reason to believe official case and death counts are artificially low, as many of those who track the numbers take time off around the Christmas and New Year’s holidays. Hospitalization data, however, are not typically affected by holiday reporting breaks.

The number of patients with COVID in intensive-care units rose 11% in two weeks to 5,350. Meanwhile, the test-positivity rate climbed to 15% and has increased by 23% over the past two weeks. Higher test-positivity rates suggest that many new COVID cases are not being reported, as the results of at-home testing may not be reported to case trackers.

Cases are currently climbing in 15 states, led by South Carolina, where they are up 52% from two weeks ago. Measured on a per-capita basis, infection rates are worst in New Jersey and New York, along with South Carolina, Virginia and Kentucky.

In China, the government has lashed out at other countries for imposing COVID testing requirements on passengers from China and is threatening countermeasures against those countries, the Associated Press reported Tuesday.

“We believe that the entry restrictions adopted by some countries targeting China lack scientific basis, and some excessive practices are even more unacceptable,” Foreign Ministry spokesperson Mao Ning said at a daily briefing Tuesday.

“We are firmly opposed to attempts to manipulate the COVID measures for political purposes and will take countermeasures based on the principle of reciprocity,” she added.

Australia and Canada this week joined a growing list of countries that are asking travelers from China to take a COVID test before boarding a flight, a move taken in response to the current wave of cases that began after the Chinese government relaxed what were some of the most stringent pandemic restrictions in the world.

The U.S., the U.K., India, Japan and a number of European countries have announced a testing requirement amid fears that the current wave could produce new variants that may prove resistant to existing vaccines.

Sweden, which has taken over the EU’s rotating presidency, has called a meeting of the EU’s crisis-management mechanism in Brussels Wednesday, at which travel restrictions will be discussed with the aim of agreeing on a common policy.

Chinese health officials said last week that they had submitted data to GISAID, a global database for sharing coronavirus data.

The versions of the virus fueling infections in China “closely resemble” those seen in different parts of the world between July and December, GISAID said Monday.

The EU has offered to help China with its outbreak, including by donating vaccines, according to a separate AP report. The European Commission said Tuesday that over the past several days, the bloc had reached out to Beijing to offer help, including by providing expertise, medical information and vaccine donations. No specific information was immediately available. The Financial Times first reported the news.

• A German doctor was sentenced Monday to two years and nine months in prison for illegally issuing more than 4,000 people with exemptions from wearing masks during the pandemic, the AP reported. A regional court in the southwestern town of Weinheim confirmed Tuesday that the doctor was convicted of “issuing incorrect health certificates” to people from across Germany, most of whom she had never met or examined. In addition to the prison sentence, she received a three-year work ban and was ordered to pay 28,000 euros ($29,550), the sum she had received for issuing the medical certificates.

•  Minnesota health officials have closed their COVID-19 vaccination site at the Mall of America, the largest vaccination location in the state, the AP reported. The Minneapolis Star Tribune reported that health officials closed the site on Friday evening following a visit from Gov. Tim Walz. More than 236,000 doses of vaccine had been administered there since it opened in February 2021.

The global tally of confirmed cases of COVID-19 topped 666.12 million on Tuesday, while the death toll rose above 6.69 million, according to data aggregated by Johns Hopkins University.

The Centers for Disease Control and Prevention’s tracker shows that 229.1 million people living in the U.S., equal to 69% of the total population, are fully vaccinated, meaning they have had their primary shots.

So far, just 47 million Americans have had the updated COVID booster that targets the original virus and the omicron variants, equal to 15.1% of the overall population.