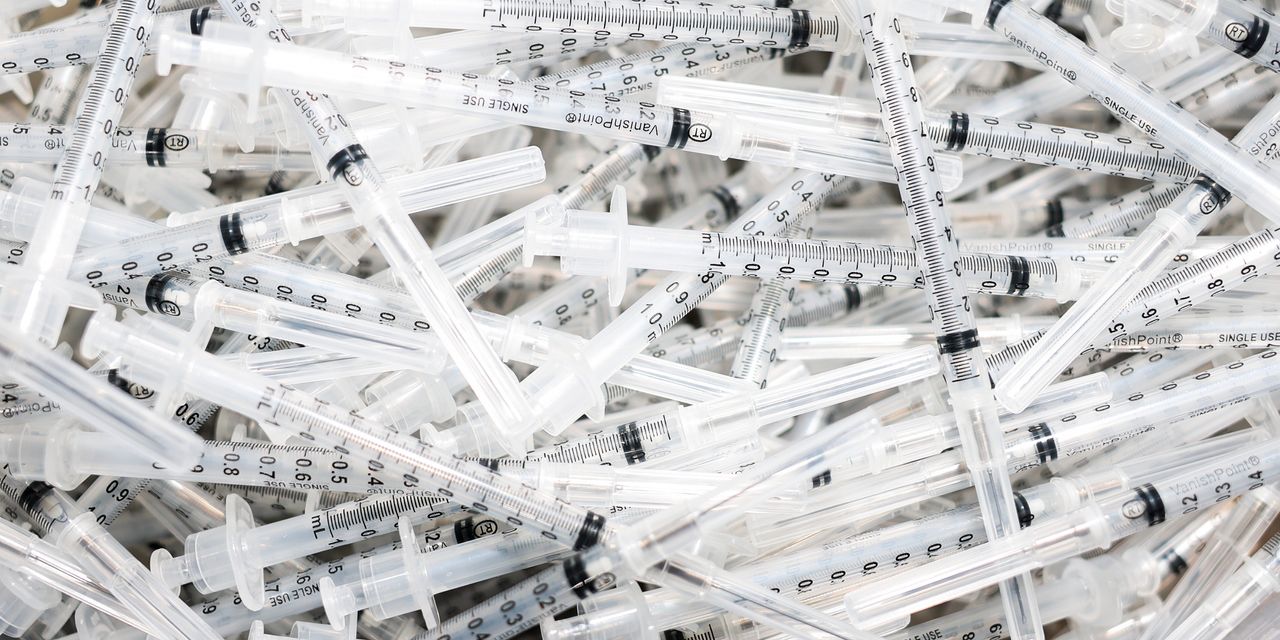 In its latest effort to persuade Americans to get their vaccine shots, the Centers for Disease Control and Prevention has updated data on COVID boosters, warning that unvaccinated adults aged 65 and older are almost 50 times more likely to require hospitalization with the virus than people the same age who are fully inoculated.

Unvaccinated seniors in that same age bracket are 17 times more likely to require hospitalization than those who had their two shots of an mRNA vaccine or one of Johnson & Johnson’s one-dose regimen but have not yet had a booster, the data showed.

Unvaccinated people between 50 and 64 years old were 44 times more likely to end up in the hospital than their vaccinated peers. The data was gathered between October and December of 2021.

The European Medicines Agency, the EU regulator, released data Friday that showed that the best protection right now with the highly transmissible omicron variant circulating is primary shots plus a booster: “It is becoming increasingly clear that a booster dose is needed to extend vaccine protection, the EMA said in a statement.

The data come as the U.S. daily death toll from COVID-19 has passed 2,000, according to a New York Times tracker. Deaths lag cases and hospitalizations, which have risen sharply in the past several weeks as omicron took hold.

Other states are faring less well, including Utah, where hospitalizations are averaging a record 760 a day, up 52% from two weeks ago. The Salt Lake Tribune is reporting that hospitalizations are rising fastest for babies and young children and that omicron is not proving to be “milder” than other strains, according to one pediatric specialist.

Cases are also climbing fast in Alabama, Arizona and South Carolina, and hospitals are strained by staff shortages.

Read also:A record 8.75 million people missed work because COVID is in their house

• Austria will introduce a COVID-19 vaccine mandate for adults from Feb. 1, the first of its kind in Europe, with maximum potential fines of up to 3,600 euros ($4,000) for people who don’t comply after a series of reminders, the Associated Press reported. Officials say the mandate is necessary because vaccination rates remain too low in the Alpine country. They say it will ensure that Austria’s hospitals are not overwhelmed with COVID-19 patients.

• France will start to lift its COVID restrictions from Feb. 2, Prime Minister Jean Castex announced Thursday, AFP reported. Castex said the implementation of a “vaccine pass” starting Monday to enter restaurants, cinemas and other public venues would allow an easing of tighter rules imposed since December, even though France counted a record 464,769 new cases in a single day on Tuesday.

• Russia set another record one-day COVID case tally on Friday, the Moscow Times reported, at 49,513, up 27% from a day earlier. The previous record was 41,335 and was set in early November. Cases have more than doubled in the last seven days, especially in Moscow, and experts continue to lament the country’s low vaccination rate. Less than half the Russian population has been vaccinated amid widespread distrust of government and the homegrown Sputnik V vaccine.

• Nine unvaccinated staff at an Argentine research base in Antarctica have been evacuated after testing positive for COVID, AFP reported. A full 24 of the 43 scientists and other personnel at the base are now infected, Patricia Ortuzar of the government’s National Directorate of the Antarctic told AFP. Before that, the continent’s first cases of COVID were reported at a Chilean base in December of 2020.

• Omicron is also extending its reach to some remote islands in the Pacific Ocean, the New York Times reported. Cases have emerged in Kiribati, a collection of atolls and reef islands scattered across a section of the Pacific that is roughly twice as big as Alaska. Kiribati has a population of about 119,000 people and had kept its borders shut for much of the pandemic, recording just two cases from a returning ship in May. And Tonga, which is receiving aid after a volcanic eruption, says its relief efforts are being complicated by the fears supplies may bring COVID.

The global tally of confirmed cases of COVID-19 rose above 344 million, and the death toll is now more than 5.57 million, according to data aggregated by Johns Hopkins University.

The world set a record of more than 3 million COVID cases a day between Jan. 13 and Jan. 19, AFP reported, in the latest sign of how fast omicron has spread.

The Centers for Disease Control and Prevention’s vaccine tracker is showing that almost 210 million people living in the U.S. are fully vaccinated, equal to 63.2% of the total population.

Some 82 million have received a booster, equal to 39.3% of the fully vaccinated.

: Labor board upholds Amazon union victory at Staten Island warehouse, after months of...

Stolichnaya is rebranding to distance its vodka from Putin’s Russia