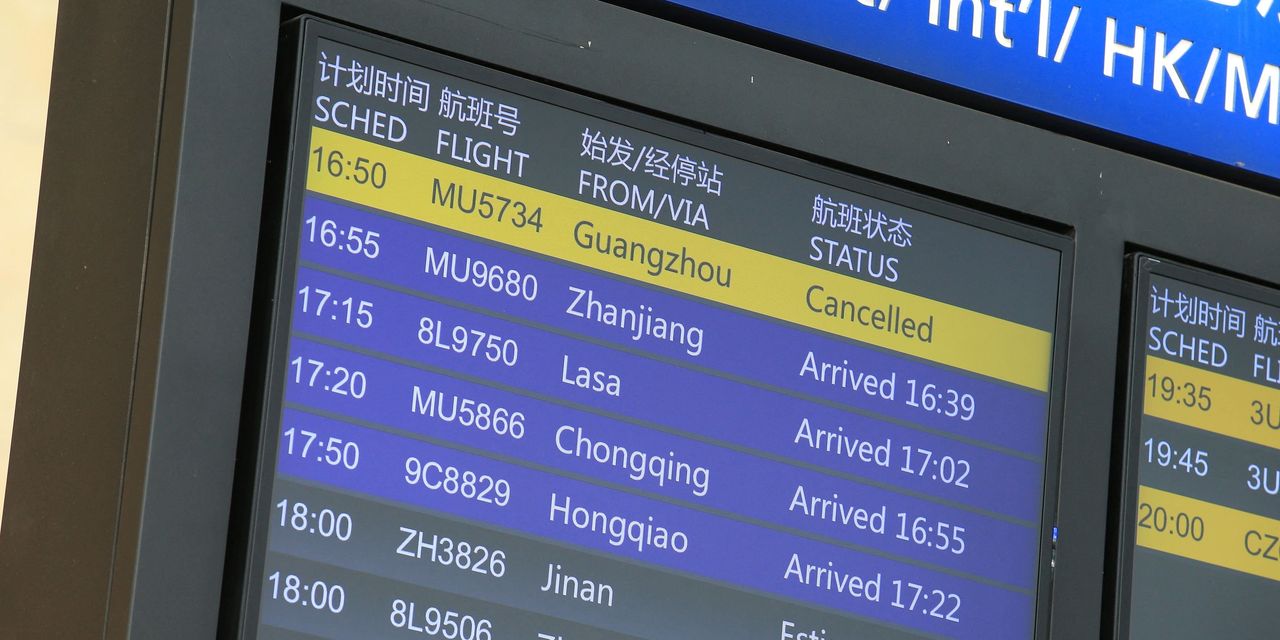 Beijing closed city parks and imposed other restrictions, even as millions of people remained under lockdown Friday in the West and south of China, the Associated Press reported.

The country reported 10,729 new cases on Friday, almost all of them testing positive while showing no symptoms. More than five million people were under lockdown Friday in the southern manufacturing hub Guangzhou and the western megacity Chongqing.

The government said Friday it was reducing the amount of time incoming passengers would be required to undergo quarantine. The U.S. Embassy this week renewed its advisement for citizens to avoid travel to and within China unless absolutely necessary.

Incoming passengers will only be quarantined for five days, rather than the previous seven, at a designated location, followed by three days of isolation at their place of residence, according to a notice from the State Council, China’s cabinet.

It wasn’t immediately clear when and where the rules would take effect and whether they would apply to foreigners and Chinese citizens alike.

Relaxed standards would also be applied to foreign businesspeople and athletes, in what appeared to be a gradual move toward normalization. The news will be welcomed by Chinese citizens frustrated by the government’s zero COVID policy that has kept many in their homes sometimes for months at a time, and forced them to take regular tests.

In the U.S., known cases of COVID are climbing again for the first time in a few months. The daily average for new cases stood at 40,835 on Thursday, according to a New York Times tracker, up 9% versus two weeks ago.

As always, case numbers vary from state to state and some are seeing sharp spikes, led by Nevada, where cases have soared 176% from two weeks ago, the tracker shows. That’s followed by Utah, where they are up 77%, New Mexico at 62% and Oklahoma at 54%.

Cases are rising in 32 states, as well as Washington, D.C., Guam, the U.S. Virgin Islands and Puerto Rico. They are up by double digits in 27 of those states.

• Four German regions — Baden-Wuerttemberg, Bavaria, Hesse and Schleswig-Holstein — plan to scrap rules requiring people infected with the coronavirus to isolate at home, arguing that the pandemic has evolved and it’s time for a different approach, the AP reported. The health ministry pointed to declining infections, effective vaccinations, a high degree of population immunity, milder illnesses and the example of countries such as Austria that have loosened rules. “The decision doesn’t mean that we will give free rein to infections,” said Bavarian state health minister Klaus Holetschek. “People who test positive will in the future have to put on a mask outside their own apartment. And of course, the principle still goes that people who are sick stay at home.”

• Sanofi SAN, -5.22% won European Union approval for its COVID vaccine booster, jointly made with British partner GSK GSK, -5.47% GSK, -6.01%, after a drawn-out development effort that saw the pair fall behind now-dominant vaccine suppliers, Reuters reported. The shot with the brand name VidPrevtyn Beta can be given to people who have already had a primary course of vaccination from other approved shots, the French drugmaker and the European Medicines Agency said in separate statements. Shipments are ready to be distributed to European countries under advance purchase agreements, Sanofi said. The company said last year that the European Union and Britain had ordered a combined 75 million doses of the shot, contingent on approval.

• U.S. Supreme Court Justice Sonia Sotomayor rejected a bid to prevent New York City from enforcing its COVID-19 vaccine mandate for municipal workers against a group of teachers, firefighters and others who challenged the policy, Reuters reported separately. The justice denied an emergency request, received by the court on Nov. 4, to block the policy by individual municipal workers, as well as a group called New Yorkers For Religious Liberty, while their appeal of lower court decisions siding with the city proceeds.

The global tally of confirmed cases of COVID-19 topped 634.3 million on Friday, while the death toll rose above 6.60 million, according to data aggregated by Johns Hopkins University.

The Centers for Disease Control and Prevention’s tracker shows that 227.8 million people living in the U.S., equal to 68.6% of the total population, are fully vaccinated, meaning they have had their primary shots.

So far, just 31.4 million Americans have had the updated COVID booster that targets the original virus and the omicron variants, equal to 10.1% of the overall population.

Peloton stock bounces even as the $1.1 billion stock offering priced...