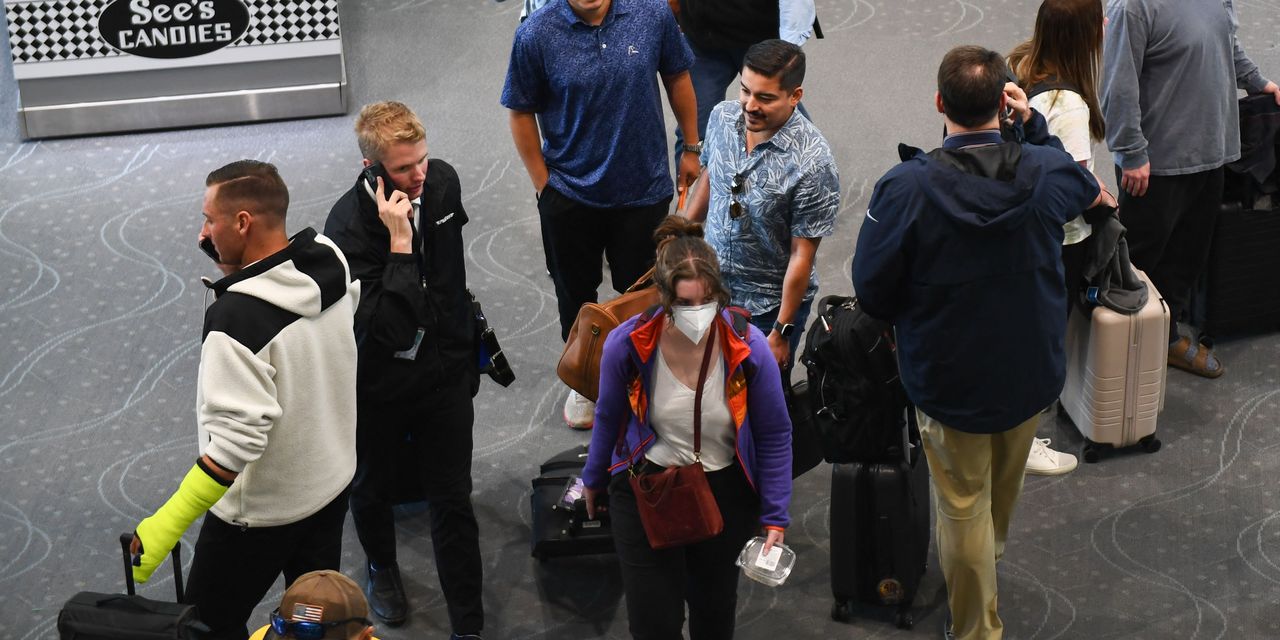 A new survey has found that most Americans still support wearing face masks on airplanes and other shared public transportation, after a ruling by a federal judge upended the mandate.

The poll by the Associated Press-NORC Center for Public Affairs Research finds that despite opposition to that requirement that included verbal abuse and physical violence against flight attendants, 56% of Americans favor requiring people on planes, trains and public transportation to wear masks, compared with 24% opposed and 20% who say they’re neither in favor nor opposed, as the Associated Press reported.

The poll was conducted from Thursday through Monday, just before a Florida judge struck down the national mask mandate, leading airlines to immediately scrap their requirements — including in some cases mid-flight.

For more, see:Experts dismayed by response to face-mask mandate ruling as airlines immediately drop requirement — in some cases midflight

The Justice Department said it would not appeal the ruling unless the Centers for Disease Control and Prevention determines it’s still necessary. The CDC has not yet made an announcement. President Joe Biden appeared to embrace flexibility Tuesday when asked if Americans should mask up on planes. “That’s up to them,” Biden declared during a visit to Portsmouth, New Hampshire.

The latest poll also shows about half of Americans favor requiring masks for workers who interact with the public, compared with about 3 in 10 opposed. Support is similar for requiring people at crowded public events such as concerts, sporting events and movies to wear masks.

Michael Osterholm, director of the University of Minnesota’s Center for Infectious Disease Research and Policy, said messaging over the mask mandate would have been more effective if it required N95 or KN95 respirators, which are more effective at preventing transmission of the virus.

“But you have actually created a real challenge with yourself with the public who are now being selective if not outright angry about these mandates,” Osterholm told the AP. He added that he will continue to wear his N95 mask on planes.

The face mask issue is blowing up as COVID cases are rising again across the U.S., driven by the BA.2 variant and two new subvariants that appear to be even more infectious, after their steep decline early in the year.

The two new subvariants, named BA.2.12 and BA.2.12.1, were highlighted by health officials in New York State last week and accounted for more than 70% of new cases in central New York State in March, according to a statement from the health department.

The two are sub-lineages of BA.2, which has become dominant in the world, and accounted for 99.2% of cases sequenced in the World Health Organization’s weekly update from last week.

Cases are rising in 35 of the 50 states, and, with many people now testing at home, the official count is likely underreported.

On a brighter note, the country is averaging 14,790 hospitalizations a day, down 4% from two weeks ago, and still close to the lowest level since the first weeks of the pandemic. The daily death toll has fallen below 600 to 410 a day on average, still an undesirably high number and one composed mostly of unvaccinated people.

See now: As some airlines and companies drop their mask mandates, some schools and public-transport systems still say wear your mask

• Walt Disney Co.’s DIS, -4.33% Walt Disney World lifted the last of its mask requirements, meaning face coverings will be optional for visitors at all locations on the central Florida Disney property, the AP reported. The rule change was posted Tuesday on Disney’s website. Masks are still recommended, though not required, for guests who are not fully vaccinated in indoor locations and enclosed transportation.

See also: Moderna is developing a COVID-19 booster that protects against omicron and the original virus

• Shanghai allowed 4 million more people out of their homes Wednesday as anti-virus controls that shut down China’s biggest city eased, while the International Monetary Fund cut its forecast of Chinese economic growth and warned the global flow of industrial goods might be disrupted, the AP reported separately. Shanghai has kept most of its 25 million residents in strict lockdown for about three weeks as it battles a wave of COVID cases. About 12 million people are now allowed to go outdoors.

See also: How well is the COVID-19 test-to-treat program working?

• Japan’s health ministry on Tuesday formally approved Novavax’s COVID-19 vaccine, a fourth foreign-developed tool to combat the infections as the country sees signs of a resurgence led by a subvariant of fast-spreading omicron, the AP reported. The ministry approval comes the day after its experts panel endorsed use of Novavax’s NVAX, +2.82% protein vaccine, which is designed with similar technology used to fight diseases such as the flu and hepatitis B, for the first two shots and a booster.

• Abbott Laboratories ABT, +3.03% chalked up more than $3 billion in sales of its COVID tests in the first quarter, helping push the company to an earnings beat, as MarketWatch’s Jaimy Lee reported. Abbott had earnings of $2.4 billion, or $1.37 per share, in the first quarter of 2022, up from $1.8 billion, or $1.00 per share, in the same quarter a year ago. Adjusted earnings per share were $1.73, against a FactSet consensus of $1.47. Abbott’s revenue jumped to $11.9 billion in the first three months of the year, compared with $10.4 billion in sales in the first quarter of 2021. The FactSet consensus was $10.9 billion. This was due to a 67% increase in revenue from its diagnostics business, which includes COVID-19 tests.

The global tally of confirmed cases of COVID-19 topped 506.1 million on Wednesday, after breaching the half-billion mark last Tuesday. The death toll rose above 6.2 million, according to data aggregated by Johns Hopkins University.

The Centers for Disease Control and Prevention’s tracker shows that 219 million people living in the U.S. are fully vaccinated, equal to 66% of the total population. But just 99.6 million are boosted, equal to 45.5% of the vaccinated population.

Gold prices rise Wednesday, a day after settling at a 3-month low