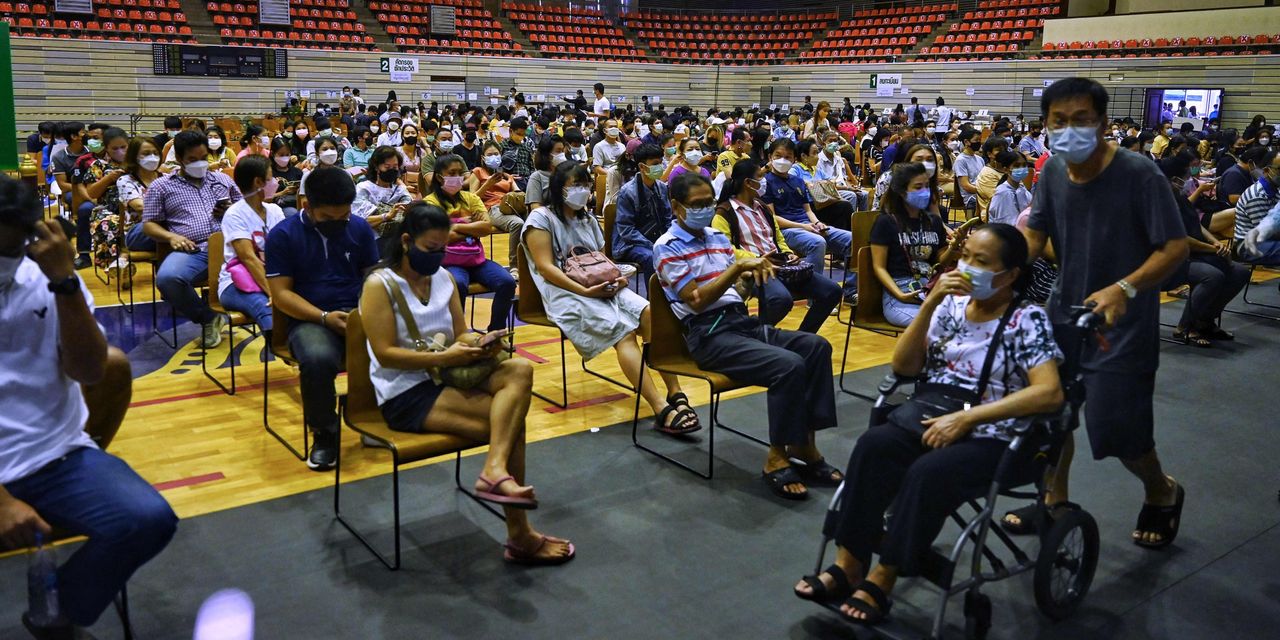 A global clinical trial was launched Tuesday to investigate the impact of reduced COVID-19 booster shots, as opposed to full ones, as a way to improve access to vaccines for those parts of the world that still have low vaccination rates.

“For example, results could suggest that a reduced booster dose would improve, broaden, and prolong the immune response following a primary series of COVID-19 vaccination, while also putting less strain on first dose supplies,” the organizations said in a joint statement.

The data could also show whether fractional doses cause fewer side effects in recipients compared with a full dose, and where mixing and matching vaccine schedules is effective.

The plan is to involve up to 3,300 healthy individuals in Australia, Indonesia and Mongolia.

MarketWatch’s deep dive into ivermectin: ‘You will not believe what I’ve just found.’ Inside the ivermectin saga: a hacked password, mysterious websites and faulty data.

“Over 10.4 billion doses of safe and effective COVID-19 vaccines have now been delivered worldwide, and the rollout of booster doses has dramatically ramped up in response to the cataclysmic spread of the highly infectious omicron variant,” said Dr. Melanie Saville, director of vaccine R&D at CEPI.

“However, despite this major progress, we continue to see a terrible chasm between rich and poor nations, with the vast majority of populations in low-income countries still waiting for their first dose.”

The news comes as U.K. Prime Minister Boris Johnson has scrapped all COVID restrictions in England, including the requirement to self-isolate after testing positive. That move has been slammed by scientists who are concerned it will weaken the country’s ability to monitor and track the virus, as the Associated Press reported.

The new plan foresees vaccines and treatments keeping the virus in check as it becomes endemic in the country. Everyone 75 and older will be offered a fourth vaccine dose, along with those 12 and up who have conditions that make them vulnerable to severe disease.

Andrew Pollard, director of the Oxford Vaccine Group, which developed the AstraZeneca AZN, +1.35% AZN, -1.51% vaccine, said “the decision about when and how to reduce restrictions is enormously difficult.”

It’s essential to maintain “surveillance for the virus, an early warning system if you like, which tells us about new variants emerging and gives an ability to monitor whether those new variants are indeed causing more severe disease than omicron did.”

Johnson’s Tory government has been criticized by experts throughout the pandemic, for shutting down later than others, for reopening too soon and more recently as revelations emerged of a series of parties held at Downing Street in breach of lockdown rules at the time.

The U.S. is still seeing steep declines in COVID cases, which are now down more than 80% from their mid-January peak when omicron was racing across the country.

Cases are falling in every state, the tracker shows. But West Virginia, Alabama and Kentucky have the highest numbers of recent hospitalizations, along with vaccination rates that lag the national average.

• Hong Kong will test its entire population of 7.5 million people for COVID-19 in March, the city’s leader said Tuesday, as it grapples with its worst outbreak driven by the omicron variant, the Associated Press reported. The population will be tested three times in March, Hong Kong leader Carrie Lam said. She said testing capacity will be boosted to 1 million a day or more. Hong Kong has reported about 5,000 new daily infections since Feb. 15, threatening to overwhelm its healthcare system.

• International tourists and business travelers began arriving in Australia with few restrictions on Monday for the first time in almost two years after the government lifted some of the most draconian pandemic measures of any democracy in the world, the AP reported separately. Vaccinated travelers were greeted at Sydney’s airport by jubilant well-wishers waving toy koalas and favorite Australian foods including Tim Tams chocolate cookies and jars of Vegemite spread.

• The U.S. Food and Drug Administration is considering authorizing a fourth dose of a COVID-19 vaccine later in the year, according to a report by the Wall Street Journal. The agency has started reviewing data to authorize a second booster dose of the Pfizer and Moderna vaccines, the paper reported, citing unnamed people described by the Journal as familiar with the situation.

• Canadian lawmakers voted extend the emergency powers that police can invoke to quell any potential restart of blockades by those opposed to COVID-19 restrictions, the AP reported. Lawmakers in the House of Commons voted 185 to 151 to affirm the powers. Prime Minister Justin Trudeau said earlier that the powers were still needed after police ended and occupation of the nation’s capital by truckers over the weekend and blockades at the U.S. border before that.

• Fox News anchor Neil Cavuto returned to the studio on Monday after a prolonged absence and told his audience he had been in an intensive-care unit suffering from COVID for a second time. Cavuto, who has a weakened immune system after a bout with cancer, a multiple-sclerosis diagnosis and open-heart surgery, said he was saved by the fact that he had been vaccinated. Cavuto has advocated for vaccines since his first COVID infection last fall, putting him at odds with other Fox hosts who have largely encouraged skepticism among viewers toward getting shots.

The global tally of confirmed cases of COVID-19 rose above 426.4 million on Thursday, according to data aggregated by Johns Hopkins University, while the death toll climbed above 5.89 million.

The Centers for Disease Control and Prevention’s tracker shows that 214.7 million people living in the U.S. are fully vaccinated, equal to 64.7% of the population. But just 92.8 million are boosted, equal to 43.2% of the vaccinated population.