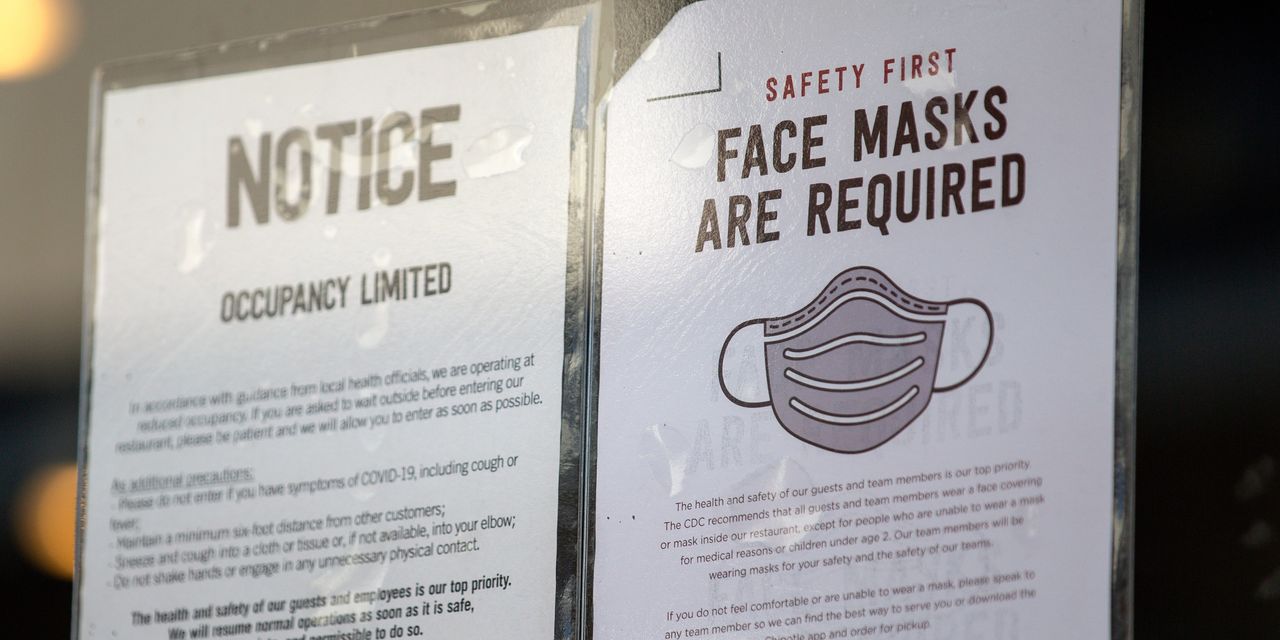 A federal judge dealt a blow to Texas Gov. Greg Abbott’s effort to ban schools from mandating face masks, ruling that the ban violated a law that protects disabled students’ access to education.

U.S. District Judge Lee Yeakel made the ruling in Austin in response to a suit brought by nonprofit advocacy group Disabled Rights Texas, who argued that Abbott’s ban prohibited accommodations for disabled children particularly vulnerable to COVID-19, as the Associated Press reported.

The news is expected to be welcomed by parents who have fretted about children returning to school in person, before most were eligible for vaccination.

The U.S. is still averaging about 1,200 COVID deaths a day, according to a New York Times tracker, and, while cases are falling in most places, they are still averaging almost 77,000 a day, while more than 46,000 people are being hospitalized on average.

California, Colorado and New Mexico remain hot spots where cases are rising faster than in the rest of the country. The Centers for Disease Control and Prevention’s vaccine tracker is showing that 194 million people living in the U.S. are fully vaccinated, equal to 58.5% of the population, a number that has barely moved in weeks.

In Europe, the only region where COVID fatalities and cases are still rising on a weekly basis, according to the World Health Organization on Wednesday, there was a flurry of grim news.

In the Netherlands, a panel of experts has recommended a partial lockdown that would be the first in Western Europe since the summer, Reuters reported.

Steps under consideration include canceling events, closing theaters and cinemas, and earlier closing times for cafés and restaurants, the NOS report said. Schools would remain open. The Netherlands has a vaccination rate of almost 85%, but hospitals are being filled mostly with unvaccinated or partially vaccinated people.

Neighbor Germany, also struggling with rising cases caused by unvaccinated people, is considering a set of new measures after it counted a record high of more than 50,000 new COVID cases on Thursday, the AP reported. Infections have risen so quickly in recent days that hospitals in especially affected regions canceled planned surgeries again so medical personnel could focus on COVID-19 patients.

One of the country’s top virologists, Christian Drosten, warned Wednesday that another 100,000 people could die in coming months if the country’s vaccination rate didn’t accelerate quickly.

See: Unvaccinated people will hear you out on the COVID-19 shot — as long as you don’t work for the government

But the worst caseloads and death tolls are still being recorded in Eastern Europe, led by Russia, which counted another 1,237 COVID deaths on Thursday and 40,759 new cases, as the Moscow Times reported. Russia has been struggling to contain the spread of virus among its mostly unvaccinated population. Less than 35% of the Russian people are fully inoculated, despite the country repeatedly setting one-day death-toll records for weeks.

Catalin Cirstoiu, the head of the university emergency hospital in Bucharest, where the morgue is filled to overflowing with coronavirus victims, told the AP the system is near a breaking point because of one thing: “the population’s inability to comprehend the need to get vaccinated.” Data have shown Romanians and Bulgarians have little trust in their governments and are being bombarded with misinformation about vaccines.

Read now: Viewers of these news outlets are most likely to believe COVID-19 falsehoods

One Western European country is now considering a drastic step — locking down the unvaccinated. Austrian Chancellor Alexander Schallenberg is threatening that very move in an effort to curb new cases and pressure people to get their shots, ABC News reported.

The global tally for the coronavirus-borne illness climbed above 251.6 million on Thursday, while the death toll edged above 5.07 million, according to data aggregated by Johns Hopkins University.

China, where the virus was first discovered late in 2019, has had 110,458 confirmed cases and 4,809 deaths, according to its official numbers, which are widely held to be massively understated.