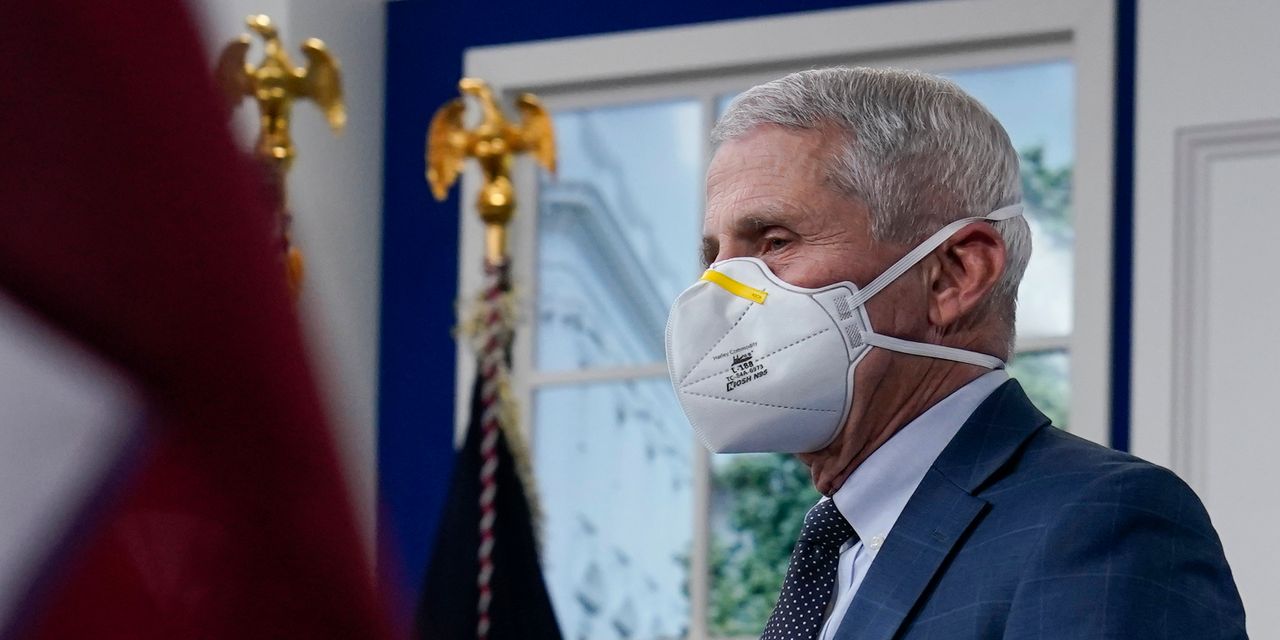 The U.S. is heading out of the “full blown pandemic phase” of COVID-19 and moving toward a point where more decisions will be made at the local level and not by the federal government, allowing restrictions such as wearing face masks to be lifted over time.

That’s according to Dr. Anthony Fauci, head of the National Institute of Allergy and Infectious Diseases and President Joe Biden’s chief medical adviser, in an interview with the Financial Times.

In his most upbeat remarks on the state of the crisis, Fauci said he hoped restrictions would be ended in the coming months as a combination of vaccines, treatments including antivirals and prior infection would make the virus more manageable.

“There is no way we are going to eradicate this virus,” he said. “But I hope we are looking at a time when we have enough people vaccinated and enough people with protection from previous infection that he COVID restrictions will soon be a thing of the past.”

Fauci’s comments came as the World Health Organization reported a 17% decline in global cases of COVID in the week through Feb. 6 from the week earlier, including a 50% decline in U.S. case numbers.

In its weekly epidemiological update, the agency said omicron has become by far the dominant strain, accounting for early 97% of all cases tallied by the GISAID, a global virus-tracking platform.

See now: Pfizer expects a record $100 billion in revenue this year, thanks to COVID vaccines and treatments

The good news is that omicron, while far more infectious than other variants, is still proving less lethal. And while it reduces the effectiveness of vaccines and has caused many breakthrough infections in vaccinated people and even those with a booster shot, those cases have almost all been mild or asymptomatic. That means vaccinated and boosted individuals have a high level of protection against severe disease and death.

For unvaccinated people, however, omicron poses a high risk of dying a preventable death. The WHO said about half a million people around the world have died of COVID since omicron was first detected in November.

• Canadian lawmakers are increasingly worried about the economic effects of disruptive demonstrations after the busiest border crossing between the U.S. and Canada became partially blocked by truckers protesting vaccine mandates and other COVID-19 restrictions, the Associated Press reported. The blockade at the Ambassador Bridge between Detroit and Windsor, Ontario, prevented traffic from entering Canada while some U.S.-bound traffic was still moving, Public Safety Minister Marco Mendicino said, calling the bridge “one of the most important border crossings in the world.” It carries 25% of all trade between Canada and the United States.

• Hawaii is in talks to end its strict travel program for visitors, the Washington Post reported, citing comments by the state’s lieutenant governor. “I would expect those restrictions to begin to fall away in the spring,” Lt. Gov. Josh Green told the newspaper. “But one thing we’ve learned about covid is it does sometimes throw one a curveball. People didn’t really predict a highly, highly contagious omicron variant; otherwise we would have already been there.”

• New York and Massachusetts have become the latest blue states to announce plans to drop face mask requirements in indoor places, the New York Times reported. New York Gov. Kathy Hochul will say later Wednesday that the state will no longer require that that businesses ask customers for proof of full vaccination or require mask wearing at all times indoors, the paper reported, citing three people briefed on her decision. It’s not clear if she will also drop the face mask mandate for students, which will expire in two weeks. Massachusetts will drop its statewide school mask mandate when it expires on Feb. 28, Gov. Charlie Baker announced on Wednesday.

The global tally of confirmed cases of COVID-19 rose above 400 million on Wednesday, according to data aggregated by Johns Hopkins University, just one month after passing 300 million. The speed shows just how infectious omicron has been.

The death toll climbed above 5.76 million.

The Centers for Disease Control and Prevention’s tracker shows that 213 million people living in the U.S. are fully vaccinated, equal to 64.2% of the population. But just 90 million are boosted, equal to 42.4% of the vaccinated population.

Microsoft stock dives to lead the Dow’s decliners, as it closes in on bear-market...

The Margin: Mega Millions jackpot reaches $1.35 billion: What time is...