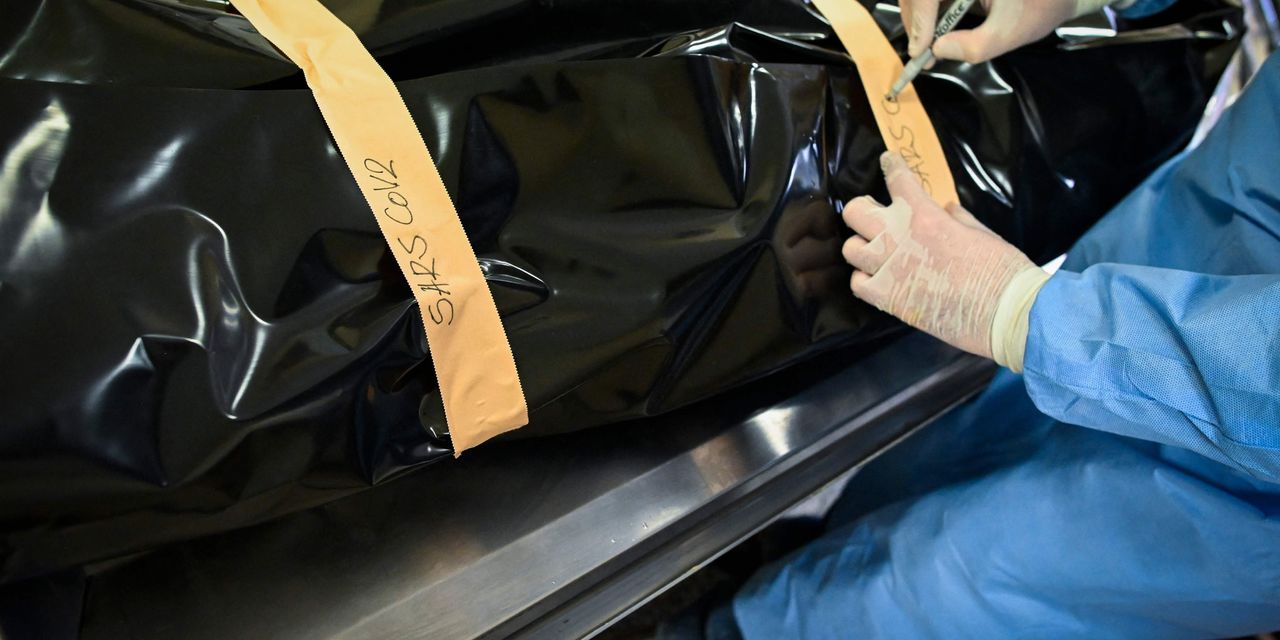 A growing chorus is warning that the coronavirus pandemic is far from over, and urging people everywhere to continue to adhere to public safety measures and get their vaccine shots, as many places, including parts of the U.S., are still being engulfed with waves of new cases.

The issue was summed up this week by Andy Slavitt, a former adviser to the White House’s COVID-19 response team, in a Twitter thread that questions comments by pundits suggesting the crisis is over.

Scott Gottlieb, FDA commissioner during the first half of Donald Trump’s presidency, has drawn attention of late with his public remarks that the U.S. is closer to the end than the beginning of its delta wave and that the pandemic could be history in the U.S. by January. (He’s been promoting a book on the pandemic that was published in September.)

The U.S. is still averaging almost 1,200 COVID deaths a day, according to a New York Times tracker, meaning it is suffering casualties on the same scale as the Sept. 11, 2001, terrorist attacks every three days.

And while cases and hospitalizations have come down, the country is still counting almost 75,000 new cases every day on average, the tracker shows, and almost 46,000 people are being hospitalized.

Experts are urging people not to assume that vaccines, and more recently some promising antivirals, are going to end the crisis, without the public playing its part. The ideal approach is for everyone, everywhere to continue to wear face masks in public, socially distance and avoid large indoor gatherings. The vaccines are not 100% effective, and breakthrough infections are occurring, even if those infections are unlikely to cause severe disease or death in the vaccinated.

The unvaccinated have accounted for most cases, hospitalizations and deaths for months now, deaths that could have been prevented. And media outlets continue to highlight tragic cases of people dying and with their last breath lamenting their own decision not to get their shots.

Europe offers a sad example of what happens when countries reopen too early and drop their safety requirements, assuming incorrectly that high rates of vaccination are enough, as Dr. Eric Topol, director of the Scripps Research Translational Institute, wrote in the Guardian Friday.

Topol outlines how three factors have led to a worrying rise in cases in Europe, which is the only region in the world showing rising cases and deaths on a weekly basis, as the World Health Organization said this week.

See: WHO highlights that Europe is only region with rising COVID cases and deaths, as Russia overtakes U.S. for most fatalities in a week

First, Europe was slow to vaccinate teenagers and children, who have been a key driver of spread, wrote Topol. Second, there are signs of waning immunity against the highly transmissible delta variant, and the AstraZeneca AZN, -6.55% AZN, -6.81% vaccine, which was first to win authorization in Europe, shows a decline in anti-spike antibody far earlier than the vaccine developed by Pfizer PFE, -0.90% and German partner BioNTech BNTX, +0.95%, which was authorized later. That clarifies a need for boosters, but the adoption of a booster program in Europe has been slow.

Third, countries such as Denmark and Norway dropped all of their mitigation measures when they reopened, abandoning the wearing of face masks on public transport and in other settings.

“Throughout the world, the profound pandemic fatigue has led to the irresistible notion that the pandemic end is nigh, that masks, distancing, and other measures have run their course, essentially that enough is enough,” Topol wrote. “It is hard to imagine fighting a foe as formidable as [the delta variant] that a vaccine-only strategy can be effective.”

He pointed to the example of Japan, a country that suffered one of the worst outbreaks around the time it hosted the Summer Olympics, but that has seen a dramatic improvement by combining a high level of vaccination with the continued use of masks and other measures.

Topol called on the U.S. to “heed the European signal for the first time” and to pull out all the stops in promoting primary vaccination and boosters.

“Aggressively counter the pervasive misinformation and disinformation. Accelerate and expand the vaccine mandates that unfortunately became necessary and have been proven effective, and mass distribute medical quality masks and rapid home testing kits at no cost,” he advised.

“Now is not the time for happy talk, but to instead show we can persevere, run this marathon, take it to the finish line,” said Topol.

“We can acknowledge and accept endemicity — that a low level of Covid will remain in the background, but that is not [more than] 75,000 new cases a day. Instead of succumbing to yet another major rise in cases and their sequelae, this is a chance for America to finally rise to the occasion, showing an ability to lead and execute.”

Among news items from Europe on Friday: The Netherlands is planning a partial three-week lockdown,  becoming the first Western European country to do so since summer. Norway is also planning to reinstate nationwide measures, including vaccine passes, AFP reported.

Germany recorded another daily case record of 50,000 on Thursday, prompting Chancellor Angela Merkel to say that people have a duty to get vaccinated against the coronavirus to protect others.

Austria is moving ahead with a plan to order unvaccinated people to stay at home, implementing a lockdown for those who have refused to get their shots, CNN reported.

Latvia is banning unvaccinated lawmakers from voting and is docking their pay, the Guardian reported.

The global tally for the coronavirus-borne illness climbed above 252 million on Friday, while the death toll edged above 5.08 million, according to data aggregated by Johns Hopkins University.

China, where the virus was first discovered late in 2019, has had 110,554 confirmed cases and 4,809 deaths, according to its official numbers, which are widely held to be massively understated.

Dow ends down over 180 points after volatile day, deepening slump in correction

Carnage in bonds this year has put billions worth of fixed-income exchange-traded funds on pace to post their worst first half to a year...

Shares of Robinhood Markets Inc. HOOD, +14.00% were surging about 15% in afternoon trading Monday after a Bloomberg News report said that FTX, the...

The Moneyist: My grandmother died, leaving a $1 million estate. I...