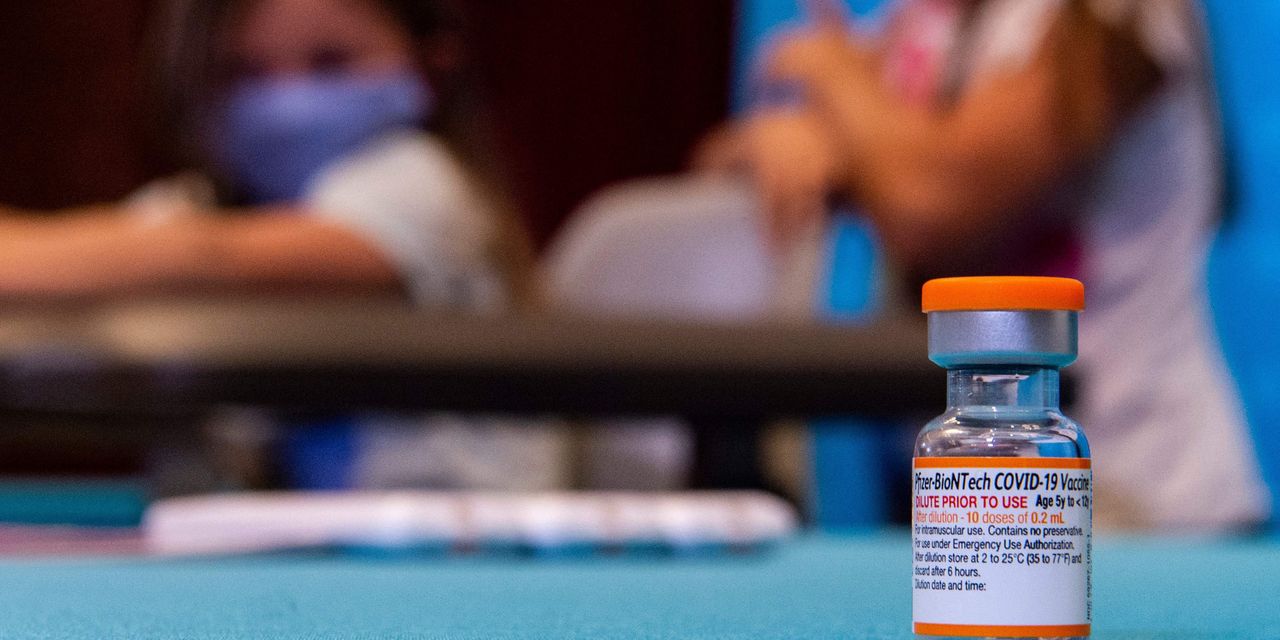 Health experts are warning of a possible “tripledemic” this winter, as COVID, flu and respiratory syncytial virus, or RSV, are now all circulating. Flu cases are also showing up earlier than usual and in higher numbers than are typical for the time of year.

RSV is hitting children especially hard and has started to put stress on hospital systems in states including South Carolina and Illinois, the New York Times reported. The virus resembles the common cold but can cause more severe symptoms in small children and babies, whose narrower airways can become inflamed and blocked by mucus.

“We’re seeing a peak in cases right now,” former FDA Commissioner Scott Gottlieb told CBS’s Face the Nation earlier this week. “Some people ascribe it to the fact that children have been somewhat removed from these circulating pathogens, so you don’t have as much immunity in the population generally. So it’s changed the typical cycle for this virus.”

Experts stress that the best defense against both COVID-19 and flu is getting vaccinated, which may not prevent infection but will reduce the chances of severe disease and death. On Tuesday, President Joe Biden got his updated COVID booster shot and urged Americans to roll up their sleeves ahead of the holiday season.

There are currently no vaccines against RSV, which causes about 14,000 deaths among adults aged 65 and older as well as up to 300 deaths in children under the age of 5 each year, according to the Times.

See also: A common virus is putting more children in the hospital than in recent years

U.S. known cases of COVID are continuing to ease and now stand at their lowest level since mid-April, although the true tally is likely higher given how many people overall are testing at home, where data are not being collected.

However, the pace of improvement in both cases and hospitalizations has slowed in recent weeks, and there are concerns that winter will bring a new wave of cases.

There was good news for people who are afraid of needles on Wednesday, as Shanghai started to administer an inhalable COVID-19 vaccine in what appears to be a world first, the Associated Press reported.

The vaccine, in the form of a mist that is inhaled by mouth, is being offered for free as a booster dose for previously vaccinated individuals, according to an announcement posted on an official city social-media account.

Needle-free vaccines may persuade people who don’t like getting a shot to get vaccinated and, because they are easier to administer, may also help expand vaccination in poor countries.

China wants more people to get booster shots before it relaxes strict pandemic restrictions that are holding back the country’s economy and are increasingly out of sync with the rest of the world. As of mid-October, 90% of Chinese were fully vaccinated and 57% had received a booster shot.

• David Nabarro, a World Health Organization special envoy for COVID, told Sky News that people should continue to wear face masks and practice social distancing “to protect others” as COVID cases rise again. “If you’re going into a place where there are a lot of people up close together, all the evidence is that that’s where your risks are greatest,” Nabarro said. People who have had COVID multiple times do not build up resistance or immunity, he added, because the virus is always changing, and he noted that reinfection raises the chance of being “unlucky” and getting long COVID, in which symptoms, some debilitating, can linger for months.

• A New York state judge has ruled in favor of sanitation workers who were fired for not getting vaccinated against COVID, the AP reported. The workers should be reinstated and given back pay, state Supreme Court Justice Ralph Porzio ruled. Porzio held that the city’s health commissioner overstepped his authority and violated the workers’ due-process and equal-protection rights when he barred them from their jobs. Porzio also cited New York City Mayor Eric Adams’s lifting of the vaccine mandate for some private employees earlier this year — notably, athletes and entertainers — as evidence that the public-worker mandate was arbitrary and unreasonable.

• Anglo-French biotech firm Novacyt SA ALNOV, -4.23% NCYT, -2.63% said its Winterplex combined-assay test has been approved for use in the U.K. under the country’s regulations for approving coronavirus tests, Dow Jones Newswires reported. The company said that the Real-Time PCR SARS-CoV-2 Winterplex 3G assay panel is the sixth of its PCR tests to be added to the U.K.’s CTDA register of approved coronavirus diagnostic products. The Winterplex assay can detect influenza A, influenza B, respiratory syncytial virus or RSV, and SARS-CoV-2 or COVID-19.

• A 44-year-old California man has pleaded guilty to charges that he fraudulently tried to obtain more than $3.5 million in pandemic funds and bought a Rolls-Royce with some of the proceeds he did receive, the U.S. attorney’s office in New Hampshire said, according to the AP. Prosecutors say the man and his partner agreed to fraudulently apply for CARES ACT funds under the Paycheck Protection Program and Economic Injury Disaster Loan programs, which had been authorized by Congress to help millions of Americans and many small businesses hurt during the early stages of the pandemic.

The global tally of confirmed cases of COVID-19 topped 628.6 million on Wednesday, while the death toll rose above 6.58 million, according to data aggregated by Johns Hopkins University.

So far, just 19.4 million Americans have had the updated COVID booster that targets the original virus and the omicron variants that have been dominant in the U.S. and around the world for months.

Dow futures down more than 400 points on COVID-19 concerns

MarketWatch Premium: Investors monitor which stocks company insiders sell. They should find out what...

: This Thanksgiving and beyond, here are 3 ways practicing gratitude helps your financial...