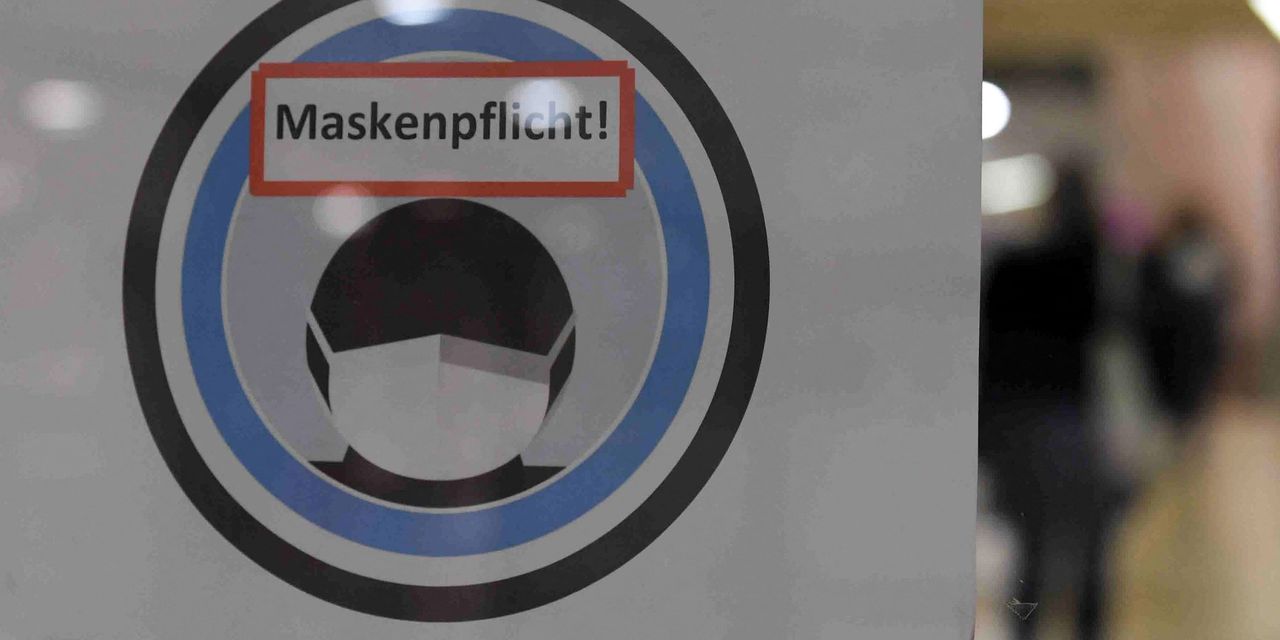 Fatalities from the coronavirus-borne illness COVID-19 rose 5% in Europe in the latest week, the World Health Organization said Wednesday, making it the only part of the world where deaths are rising instead of stabilizing or declining.

In its weekly epidemiological update, the agency said global just under 50,000 new deaths were reported in the week through Nov. 14. But cases rose 6% globally and were higher in the Americas, Europe and the Western Pacific regions, while other regions were stable or lower.

Europe’s case and death numbers are mostly being driven by Central and Eastern European countries, where vaccination rates remain low amid widespread distrust of government and misinformation. But Western European countries with high rates of vaccination are also seeing their unvaccinated residents succumb to the virus and hospitals in some places are rapidly filling.

In Austria, for example, which took the step this week of locking down unvaccinated people for a 10-day period, new cases exceeded 14,000 for the first time on Wednesday, as Reuters reported. Hospitals in Upper Austria and Salzburg are coming under increasing strain as intensive-care unit beds are filled, and the province is bracing for the need for care to exceed supply, at which point it will implement an emergency triage situation.

Austria is not alone. Germany counted 52,826 new COVID cases on Wednesday, sending its seven-day average to a record of 41,052, according to data from the Robert Koch Institute.

The Czech Republic set a record one-day case tally of 22,479 on Tuesday, and the government is planning to ban unvaccinated people from public events and services from next Monday, the Guardian reported. Hungarian doctors are warning of a “very sad Christmas” as it records 10,265 new cases on Wednesday, the most since late March, according to Reuters.

Russia reported a record one-day death toll of 1,247 Wednesday, also from Reuters, just over a week since a lockdown aimed at curbing the spread of the virus. Russia has fully inoculated less than 36% of its population.

In the U.S., there are still more than 1,000 COVID deaths a day, according to a New York Times tracker, and new cases are averaging more than 85,800 a day. Michigan and Minnesota are leading the nation by cases measured on a per capita basis.

The Centers for Disease Control and Prevention’s vaccine tracker is showing that 195 million people living in the U.S. are fully vaccinated, equal to 58.9% of the population. That number has barely moved for weeks and is way below the 70% threshold experts say is needed to end the spread.

The administration of President Joe Biden will unveil a plan later Wednesday to greatly expand the manufacturing of COVID vaccines, both to help address the needs for supply overseas and to prepare the U.S. for a next pandemic, the New York Times reported.

Dr. David Kessler, who heads vaccine distribution for Biden’s government, and Jeff Zients, his coronavirus response coordinator, told the paper that the goal is to have vaccine capability ready within six to nine months of identifying pathogen in a future pandemic and to have enough supply for all Americans.

Separately, the U.S. government agreed to buy more doses of an antibody drug for the early treatment of COVID developed by GlaxoSmithKline GSK, +0.47% GSK, +0.06%  and Vir Biotechnology VIR, +0.25%  bringing its total order to nearly $1 billion for a treatment found to reduce the risk of hospitalization, the Wall Street Journal reported.

An influential U.S. advisory panel will discuss expanding eligibility for COVID-19 vaccine booster shots to all adults Friday, a move that could make the shots available nationwide as early as this weekend, the Associated Press reported.

Pfizer  PFE, +2.01%  asked U.S. regulators last week to allow boosters of its COVID-19 vaccine for anyone 18 or older. The Food and Drug Administration is expected to sign off on Pfizer’s application before the advisory panel meets Friday. The final step — CDC’s official recommendation — could come soon after the meeting.

Moderna said earlier this month that it will delay filing for authorization in this age group in the U.S. until the Food and Drug Administration’s review of the myocarditis risk in teens is resolved, likely by January.

The vaccine will be made in the Philippines by the SII under the brand name Covovax. The vaccine has already received an EUA in Indonesia and the companies have filed for authorization in India and with the World Health Organization. It has the advantage that it only requires regular refrigeration, making it easier to transport and store.

Elsewhere, FedEx FDX, -1.67% is closing its crew base in Hong Kong and relocating pilots because of the city’s strict COVID measures, AFP reported, citing local media. “As the global business environment continues to evolve and with the pandemic requirements in Hong Kong, FedEx has made the decision to close its Hong Kong crew base and relocate its pilots,” FedEx said in a statement to Hong Kong’s public broadcaster RTHK.

The global tally for the coronavirus-borne illness climbed above 254.6 million on Wednesday, while the death toll edged above 5.11 million, according to data aggregated by Johns Hopkins University.

China, where the virus was first discovered late in 2019, has had 110,833 confirmed cases and 4,809 deaths, according to its official numbers, which are widely held to be massively understated.

Market Extra: Liquidity is vanishing in this pivotal corner of U.S. housing-finance market as...

Market Extra: Why questions are swirling about who will buy most...

Jeremy Hunt reported to be the likely next chancellor after Kwasi...