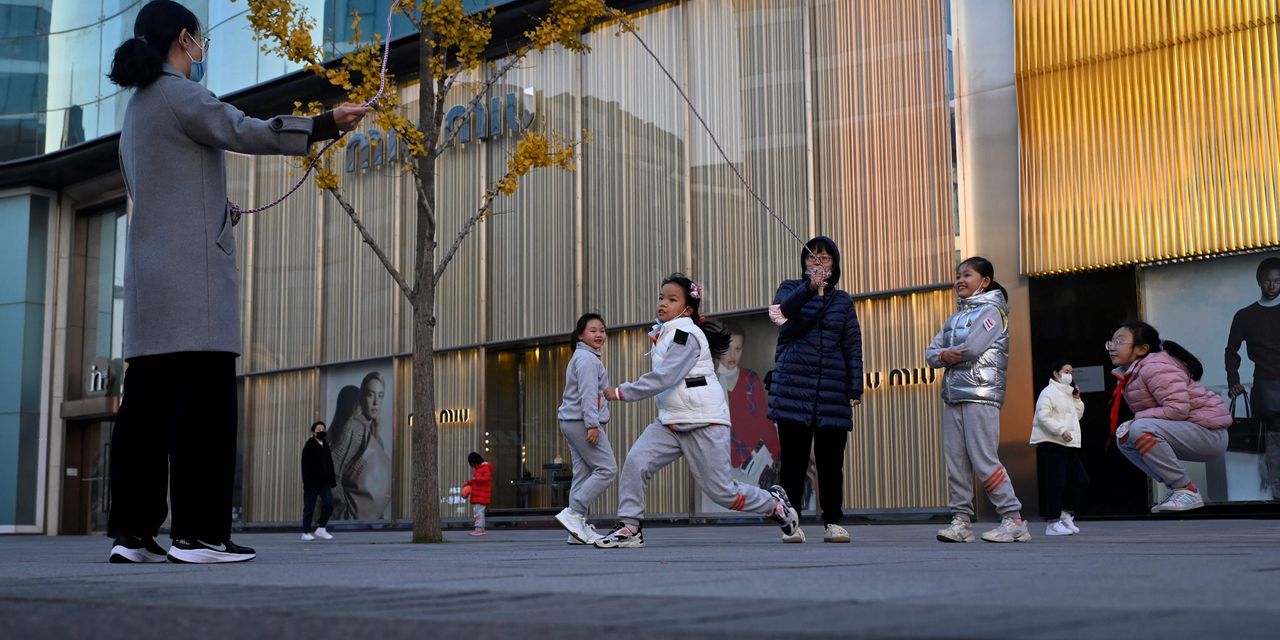 China’s zero-COVID strategy was back in the headlines on Monday, after the country announced its first COVID deaths in nearly six months, announced new restrictions in the capital Beijing and locked down the largest district in the southern manufacturing hub of Guangzhou.

Beijing residents were told not to travel between city districts, and large numbers of restaurants, shops, malls, office buildings and apartment blocks have been closed or isolated, the Associated Press reported. Local and international schools in urban districts of the city of 21 million have been moved online.

Beijing reported two more COVID-19-related deaths on Monday, a day after the city reported its first COVID-19 death since May. China’s COVID numbers are widely held to be massively undercounted.

In Guangzhou, public transit was suspended and residents are required to present a negative test if they want to leave their homes, according to a separate AP report.

The outbreak is testing China’s attempt to bring a more “targeted” approach to its zero-COVID policies while facing multiple outbreaks. China is the only major country in the world still trying to curb virus transmissions through strict lockdown measures and mass testing.

A group of Chinese doctors interviewed by the Financial Times said the country’s healthcare system is not ready to deal with a huge COVID outbreak that will inevitably follow any easing of strict measures to contain COVID-19.

“The medical system will probably be paralyzed when faced with mass cases,” one doctor in a public hospital in Wuhan, central China, where the pandemic started nearly three years ago, reportedly told the FT.

In the U.S., known cases of COVID were flat on Sunday with the daily average standing at 40,588, according to a New York Times tracker, up 1% from two weeks ago. Cases are currently rising in about half the states and falling in the rest, but some are seeing sharp spikes.

In Nebraska, for example, cases are up 153% from two weeks ago, followed by Arizona, where they are up 110%.

• Hong Kong leader John Lee tested positive for COVID-19 after meeting with other regional leaders at the Asia-Pacific Economic Cooperation forum in Thailand, the city government said Monday, the AP reported. Lee tested negative throughout his four-day stay in Bangkok but his test upon his arrival at Hong Kong’s airport on Sunday night was positive, a government statement said. Lee is now in isolation and will work from home, according to a spokesperson of the Chief Executive’s Office. Other officials at his office who went to Thailand with Lee all tested negative.

• Oregon Gov. Kate Brown and her husband Dan Little have tested positive for COVID, after returning from Vietnam, Brown disclosed in a tweet. The pair were attending the Vietnam-United States Trade Forum.

• A Los Angeles couple who fled to Europe after being convicted of running a fraud ring that stole $18 million in COVID aid money was returned to the U.S. to face prison, the AP reported. Richard Ayvazyan and his wife, Marietta Terabelian, were extradited from the Balkan country of Montenegro, where they were living in a luxury seaside villa before their arrest in February. They arrived in Los Angeles on Thursday, according to the U.S. Department of Justice. While they were on the run last year, a court in Los Angeles sentenced Ayvazyan to 17 years in federal prison, and Terabelian to six years.

The global tally of confirmed cases of COVID-19 topped 638.1 million on Monday, while the death toll rose above 6.62 million, according to data aggregated by Johns Hopkins University.

The Centers for Disease Control and Prevention’s tracker shows that 228.2 million people living in the U.S., equal to 68.7% of the total population, are fully vaccinated, meaning they have had their primary shots.

So far, just 35.3 million Americans have had the updated COVID booster that targets the original virus and the omicron variants, equal to 11.3% of the overall population.

THG surges 24% as Candy Ventures says it may consider making...

The Margin: Oscars 2022: A list of the Academy Awards nominees