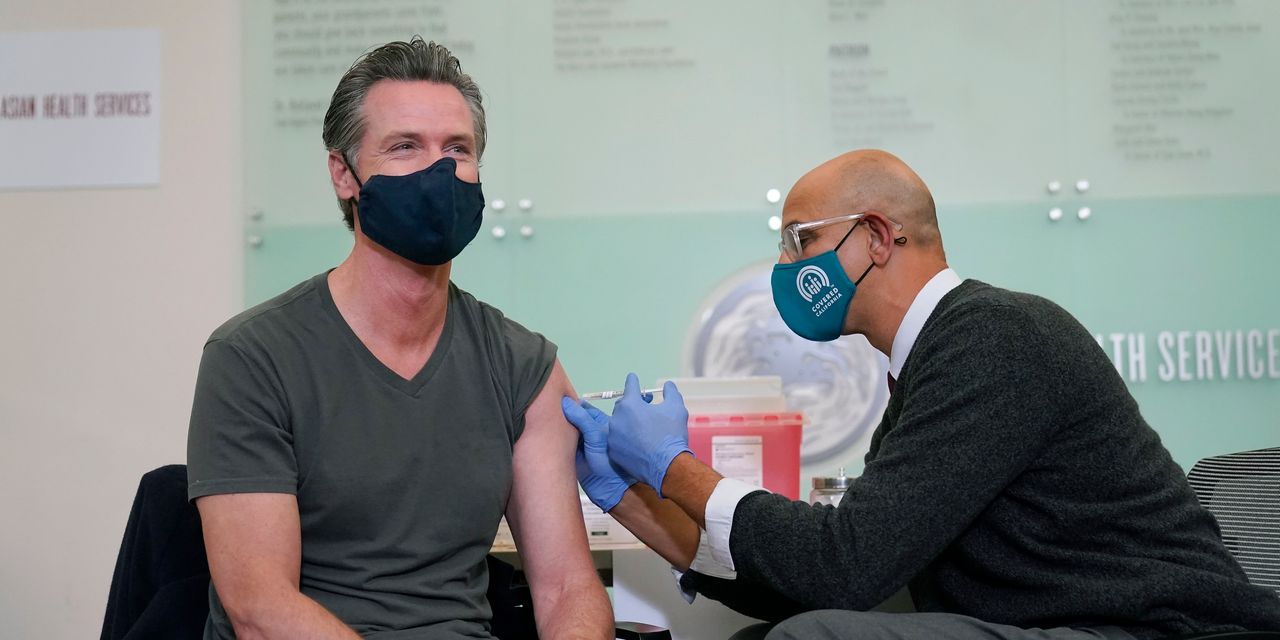 The Centers for Disease Control and Prevention has added mental-health conditions to the list of maladies that make a person more likely to become severely ill if infected with COVID-19.

The move makes millions more Americans eligible for booster shots of vaccine. The agency said the change was made on Oct. 14 and adds patients with depression, schizophrenia and other disorders to the list, which already includes people over the age of 65, those with weakened immune systems or those that are at high risk of contracting the virus through their daily work.

About one in five American adults experience some form of mental health issue every year, according to the National Alliance on Mental Illness. Research published in The Lancet Psychiatry last year said data from 69 million individuals found a diagnosis of COVID was increased in patients with a history of psychiatric illness.

The news comes as the U.S. continues to average about 1,400 COVID deaths a day, according to a New York Times tracker, most of those in people who are unvaccinated. Yet the CDC’s vaccine tracker remains stubbornly static at 191 million people, or 57.6% of the overall population, still well below the 70% experts say is needed to fully stop the spread.

CDC data shows more people are getting booster shots every day than primary shots. So far, 15.4 million people have had a booster.

And while cases and hospitalizations are falling across the U.S. hot spots remain and new ones are emerging as winter pushes people back indoors. There are less than half the number of cases being detected on a daily basis than there were at the start of September, when the highly transmissible delta variant was still exacting a toll.

But the World Health Organization has started to closely track a subvariant of delta, called AY.4.2 to determine whether it is more transmissible than the original delta, or whether it is more resistant to the human antibodies that fight the virus.

The state of Florida has sued President Joe Biden’s administration over its coronavirus vaccine mandate for federal contractors, opening yet another battleground between Republican Gov. Ron DeSantis and the White House, the Associated Press reported.

The lawsuit, announced by DeSantis at a news conference, alleges the president doesn’t have the authority to issue the rule and that it violates procurement law.

DeSantis has vowed legal action over federal vaccination requirements and fought masking and vaccine rules implemented by local governments in Florida. He recently announced he would call state lawmakers to the Capitol next month to pass legislation to combat vaccine mandates enacted by private businesses.

In addition to a vaccine mandate for federal contractors, which is set to go into effect in December, Biden has also announced that private employers with 100 or more workers will have to require them to be vaccinated or tested weekly. The roughly 17 million workers at health facilities that receive federal Medicare or Medicaid also will have to be fully vaccinated. Additional details on the policies are expected to be released soon.

Elsewhere, Beijing has told residents to postpone weddings and shorten funerals as it works to rein in an outbreak of COVID cases ahead of the coming Winter Olympic Games, the South China Morning Post reported. About six million people in three cities have been ordered to stay at homes to contain the outbreak.

Russia set yet another record one-day death toll on Friday of 1,163, The Moscow Times reported. Russia has set records for nine of the past 11 days, and has entered a partial lockdown for a week.

Russia and neighboring countries in Eastern Europe are behind a rise in cases in Europe in the latest week, when it was the only region to show rising cases, according to WHO data.

Gordon Brown, a former U.K. prime minister, has called on the British government and other G-20 countries to urgently arrange a military airlift of surplus COVID vaccines to poorer countries before they expire, saying it is their “moral responsibility” to do so, the Guardian reported. Brown is a WHO ambassador for global health.

In medical news, Novavax NVAX, -1.34%  has filed for provisional approval of its COVID-19 vaccine in Australia.

“The company’s application to the TGA marks the first complete application for provisional approval of a protein-based COVID-19 vaccine in Australia,” the company said in a statement.

The move comes just days after Novavax filed for approval of the vaccine in the U.K. with the completion of a rolling submission to the U.K. Medicines and Healthcare products Regulatory Agency. The submission was based on late-stage data from about 45,000 patients that the company said showed high efficacy and well-tolerated safety, including against variants of Covid-19.

Gilead Sciences Inc. GILD, -4.59%  said it expects sales of its COVID treatment Veklury, formerly called remdesivir, to come in at $4.5 billion to $4.8 billion, compared with a previous estimate of $2.7 billion to $3.1 billion, based on a “surge in COVID-19 hospitalizations in the third quarter 2021, and our expectations for a significant step-down in hospitalization rates in the fourth quarter 2021.” The company made the disclosure while reporting quarterly earnings.

On Thursday, Merck MRK, +1.63% said it expects to make between $5 billion and $7 billion in sales of its potentially game-changing new oral COVID-19 drug in 2022, assuming it’s granted regulatory authorization this year.

The global tally for the coronavirus-borne illness climbed above 245.7 million on Friday, while the death toll edged above 4.98 million, according to data aggregated by Johns Hopkins University.

China, where the virus was first discovered late in 2019, has had 109,436 confirmed cases and 4,809 deaths, according to its official numbers, which are widely held to be massively underreported.

The Senate has confirmed Fed Chairman Jerome Powell for a second...