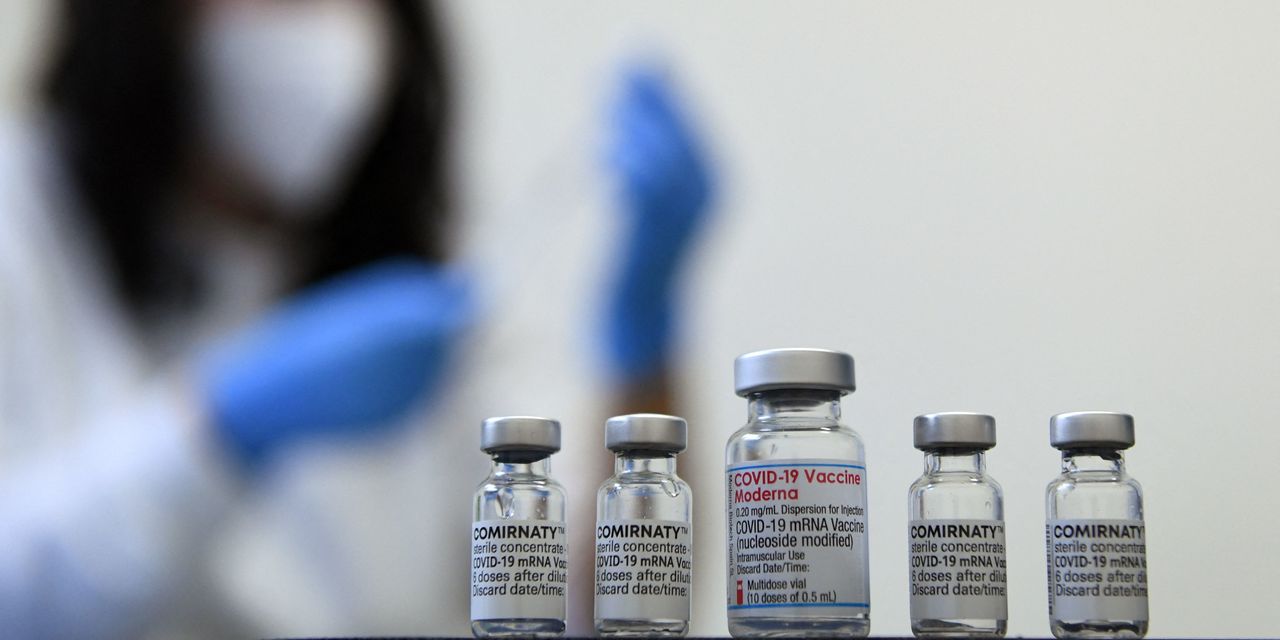 A panel of advisers to the Centers for Disease Control and Prevention voted unanimously Thursday to recommend Moderna’s COVID vaccine for children and adolescents aged 6 to 17.

The move is expected to lead CDC head Dr. Rochelle Walensky to sign off on the vaccine for that age group, offering a second option along with the vaccine developed by Pfizer  PFE, +1.88% and German partner BioNTech  BNTX, +0.44%.

The agency authorized the Moderna MRNA, -0.87% vaccine for adults in December 2020, but has been reviewing it for longer for a younger age group because of reports it was linked with heart problems in young boys.

The news comes as a new modeling study found that nearly 20 million lives were saved by COVID vaccines in their first year, and that even more would have been saved if international targets for the shots had been reached, as the Associated Press reported.

“Catastrophic would be the first word that comes to mind,” Watson said of the outcome if vaccines hadn’t been available to fight the coronavirus. The findings, he said, “quantify just how much worse the pandemic could have been if we did not have these vaccines.”

Also read: Dr. Fauci’s COVID case was ‘mild’ thanks to being vaccinated and double-boosted, he says

The researchers used data from 185 countries to estimate that vaccines prevented 4.2 million COVID deaths in India, 1.9 million in the United States, 1 million in Brazil, 631,000 in France and 507,000 in the United Kingdom.

An additional 600,000 deaths would have been prevented if the World Health Organization’s target of 40% vaccination coverage by the end of 2021 had been met, according to the study published Thursday in the journal Lancet Infectious Diseases.

The main finding — that 19.8 million COVID-19 deaths were prevented — is based on estimates of how many more deaths than usual occurred during the time period. Using only reported COVID-19 deaths, rather than excess-mortality data, the same model yielded 14.4 million deaths averted by vaccines.

The London scientists excluded China because of uncertainty around the pandemic’s effect on deaths there and its huge population.

The study has other limitations. The researchers did not include how the virus might have mutated differently in the absence of vaccines. And they did not factor in how lockdowns or mask wearing might have changed if vaccines weren’t available.

Another modeling group used a different approach to estimate that 16.3 million COVID-19 deaths were averted by vaccines. That work, by the Institute for Health Metrics and Evaluation in Seattle, has not been published.

See now: Dr. Fauci’s COVID case was ‘mild’ thanks to being vaccinated and double-boosted, he says

U.S. cases are currently averaging 99,594 a day, down 9% from two weeks ago, according to a New York Times tracker. Daily case counts have remained flat throughout June, although there are concerns that with most people testing at home and data generally not being collected, the true count may be higher.

Case numbers also differ by geography, with states in the North and Midwest, which were recent hot spots, now seeing them decline, while they are rising faster in the South and West. In Mississippi, for example, cases have more than doubled since the start of June.

• A lack of clear, concise and consistent messaging about the seriousness of the novel coronavirus in the earliest months of its spread created a false sense of security among Americans that the pandemic would not be serious and resulted in inaction early on across the federal government. That was the assessment of Dr. Deborah Birx, who served as the COVID response coordinator under then–President Donald Trump and testified for the first time Thursday before a House panel about her time in the Trump administration, the AP reported. “It wasn’t just the president, many of our leaders, were using words like ‘we could contain,’ and you cannot contain a virus that cannot be seen,” Birx said. “And it wasn’t being seen because we weren’t testing.”

• Germany will start charging for rapid COVID-19 tests that were previously free, though vulnerable groups will be exempt from the fee, the AP reported. Health Minister Karl Lauterbach announced the news Friday and said it would kick in July 1 with citizens to be charged 3 euros ($3.16) each with the rest to be covered by government subsidy.

• Yelp Inc. YELP, +3.35% P announced Thursday it will shut its offices in three major U.S. cities, saying “the future of work at Yelp is remote,” after staff began working from home in droves during the early stages of pandemic. In a blog post, Chief Executive Jeremy Stoppelman said online review company will close its “most consistently underutilized offices” in New York, Chicago and Washington, D.C., effective July 29. “Combined, the three offices we’re closing saw a weekly average utilization of less than 2% of the available workspaces,” he said. A survey found 86% of respondents prefer to work from home.

• A central Chinese city has fired one of its top security officials and punished several others for using a COVID tracking system to thwart protests over alleged bank fraud, the Wall Street Journal reported. Two officials in charge of pandemic control in the central Chinese city of Zhengzhou switched the health codes of more than a thousand bank customers to the color red — which indicates high risk related to COVID infections — “without authorization,” the city’s anticorruption agency said in a statement.

The global tally of confirmed cases of COVID-19 topped 542.2 million on Friday, while the death toll rose above 6.32 million, according to data aggregated by Johns Hopkins University.

The Centers for Disease Control and Prevention’s tracker shows that 222.1 million people living in the U.S. are fully vaccinated, equal to 66.9% of the total population. But just 105 million have had a first booster, equal to 47.3% of the vaccinated population.

Just 16.6 million of the people 50 years old and over who are eligible for a second booster have had one, equal to 26.1% of those who had a first booster.

Kelley Blue Book: They’re paying higher prices than ever, so why are car buyers...