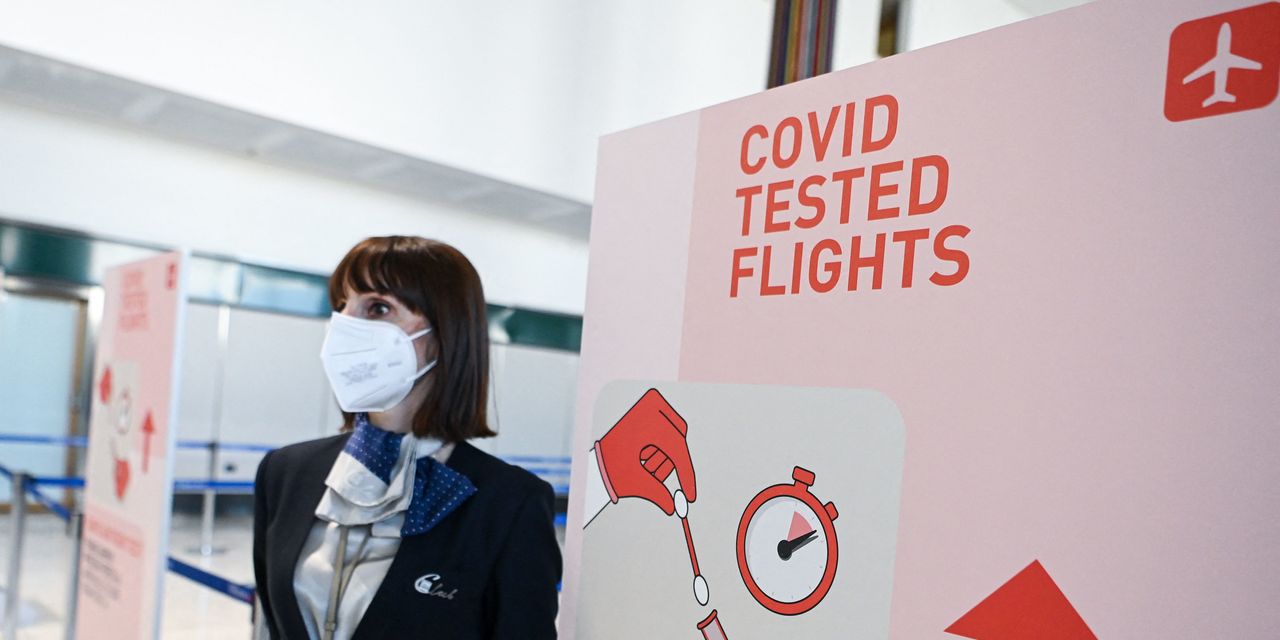 China is facing an international backlash amid reports of an unchecked surge in COVID-19 cases in the country, as well as criticism over the government’s decision to stop providing daily COVID data.

A growing number of countries, including the U.S., have announced COVID-testing requirements for people traveling from China, as the outbreak there increases the risk that new coronavirus variants could emerge and spread.

The U.S. Centers for Disease Control and Prevention said Wednesday that it was implementing a requirement for a negative COVID-19 test or documentation of recovery for passengers from China, Hong Kong and Macau boarding flights to the U.S.

“CDC is announcing this step to slow the spread of COVID-19 in the United States during the surge of COVID-19 cases in the [People’s Republic of China] given the lack of adequate and transparent epidemiological and viral genomic sequence data being reported from the PRC,” the agency said in a statement. “These data are critical to monitor the case surge effectively and decrease the chance for entry of a novel variant of concern.”

The European Union said it is assessing the surge in cases in China and would be will ready to use the “emergency brake” if necessary, the Associated Press reported. The EU tried to soothe fears, however, by saying the BF.7 omicron variant that was prevalent in China was already active in Europe and does not pose an immediate danger.

Italy is already requiring COVID tests for all airline passengers arriving from China. More than half of those tested on arrival at Milan’s Malpensa Airport in recent days have tested positive, the AP reported.

On the bright side, Italy said the positive tests of people arriving from China didn’t include any new coronavirus variants of concern, Bloomberg reported.

Meanwhile, in the U.S., new cases and deaths have been falling, while hospitalizations and test-positivity rates are increasing.

The seven-day average of new COVID cases fell to a three-week low of 64,410 on Wednesday, according to a New York Times tracker. That’s down from a recent peak of 70,508 on Christmas Eve and down 2% from two weeks ago.

The daily average of COVID-related deaths fell to 345 on Wednesday, also a three-week low, and is down 24% from two weeks ago.

The New York Times tracker cautioned that reports for cases and deaths could be artificially low this week as U.S. officials who track the data take time off over the holidays. Hospitalization data, which is not typically affected by holiday breaks, is more reliable.

The daily average of COVID-related hospitalizations rose to 40,497 from 39,880 on Tuesday and has increased 1% from two weeks ago. And more worrisome, the number of COVID patients in intensive-care units jumped 10% from two weeks ago to 4,997, the most since early August.

The test-positivity rate rose to above 14% on Wednesday, a four-month high, and has increased by 18% in two weeks. Higher test-positivity rates suggest that many new COVID cases, such as those found through at-home testing, are not being reported to official case trackers, the New York Times said.

: ‘People are still spending money. Most people who want a job, have a...

The Moneyist: My wife’s brother, 60, lives with his mom. He thinks the house...

: Monkeypox cases are driving up stock prices for these companies

WHO says it has seen no reports of omicron deaths and...