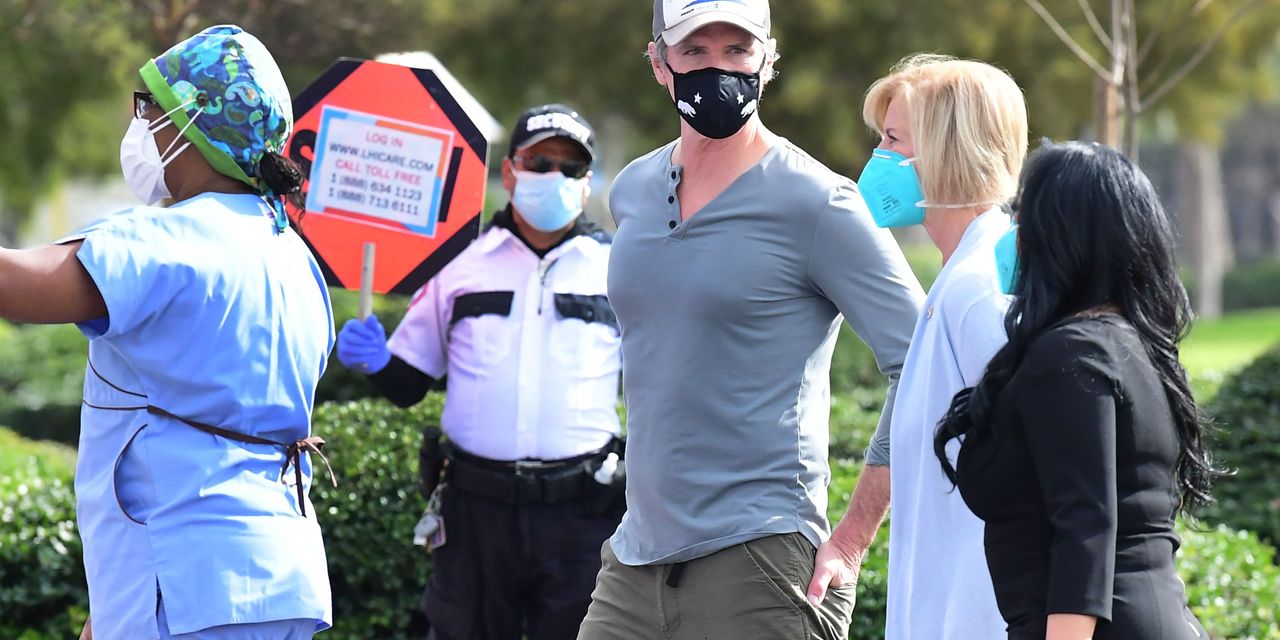 The governors of at least five states are planning to drop face-mask mandates for students and school employees or others in indoor public places in an effort to restore a level of normalcy for their residents, against the advice of the nation’s main public health agency, which continues to recommend their use.

The governors of New Jersey, Connecticut, California, Oregon and Delaware — all Democrats — announced plans Monday to scrap mandates this month or next. Another populous Democrat-governed state, Illinois, is reportedly set to unveil steps toward the phase-out of indoor masking requirements as soon as Wednesday.

For now, New York Gov. Kathy Hochul is not prepared to follow suit, saying she is “gathering data” and confident the former epicenter of the pandemic is “trending in a very, very good direction,” she told a news briefing.

The CDC has not dropped its mask recommendation for all students aged 2 and older as well as staff, teachers and visitors to K-12 schools, regardless of vaccination status. The agency also continues to recommend social distancing of at least 3 feet.

White House press secretary Jen Psaki said the Biden administration continues to back the CDC guidance for masks in schools but said the policy would be “continually” assessed based on “science and data.”

The moves come as the U.S. continues to suffer an average of almost 2,600 COVID deaths a day, even as cases and hospitalizations are declining from the peak in December and January caused by the highly infectious omicron variant.

That’s a far higher daily death toll than in other wealthy countries and reflects the large number of Americans who are not vaccinated. Omicron has caused many breakthrough infections in people who are fully vaccinated and even had a booster shot, but those cases tend to be mild.

Read: U.S. COVID death toll tops fall peak and is higher than in other wealthy countries, as global deaths climb 9% in latest week

• Canada’s public safety minister pushed back against prominent Republicans in the U.S. who have offered support for the protests of COVID-19 restrictions that have besieged downtown Ottawa for more than a week, the Associated Press reported. A day after the city declared a state of emergency, the mayor pleaded for almost 2,000 extra police officers to help quell the raucous nightly demonstrations staged by the so-called Freedom Truck Convoy, which has used hundreds of parked trucks to paralyze the Canadian capital’s business district. Prime Minister Justin Trudeau has called on the protesters to leave.

• Hong Kong has imposed its toughest social-distancing rules yet as it moves to comply with China’s zero-COVID policy, the South China Morning Post reported. Public gatherings are now capped at two people, and no more than two families can gather for celebrations. A new vaccine pass will be extended to shopping malls and other public spaces. Hong Kong recorded a record of 625 new COVID cases on Tuesday — a third straight record-breaking day.

• Researchers at the China’s Fudan University have developed a PCR test for COVID that produces results in just four minutes, Deutsche Welle reported. The university researchers collected nasal samples from 33 PCR-positive COVID-19 patients, 23 PCR-negative patients, six influenza-positive patients and 25 healthy volunteers. The test accurately processed all cases without error in under four minutes, according to a peer-reviewed study published Monday in the journal Nature Biomedical Engineering.

• France is planning to scrap ts requirement of a negative COVID test for vaccinated travelers from outside the European Union, as daily infection numbers continue to fall, Europe Minister Clement Beaune said Tuesday, AFP reported. Currently anyone coming from outside the EU, including from Britain, has to show a negative test result from the previous 48 hours, regardless of vaccination status. “This week there will probably be a new European protocol for vaccinated people arriving from outside the EU, with eased measures,” Beaune told France 2 television.

• Pfizer shares PFE, -2.84% fell 6% Tuesday, after the drug maker missed revenue expectations for the fourth quarter, despite chalking up $12.5 billion in sales from its COVID vaccine. For 2022, the company raised its sales outlook for the vaccine, Comirnaty, to $32 billion from $31 billion, and expects $22 billion in revenue for its oral COVID-19 treatment, Paxlovid.

The global tally of confirmed cases of COVID-19 rose above 399.4 million on Tuesday, and the death toll is now above 5.75 million, according to data aggregated by Johns Hopkins University.

The Centers for Disease Control and Prevention’s tracker shows that almost 213 million people living in the U.S. are fully vaccinated, equal to 64.1% of the population. But just about 90 million are boosted, equal to 42.3% of the vaccinated population.

U.S. stocks on track with lower Friday open for worst month since March 2020

Vince McMahon plans to return to WWE and sell the company: report