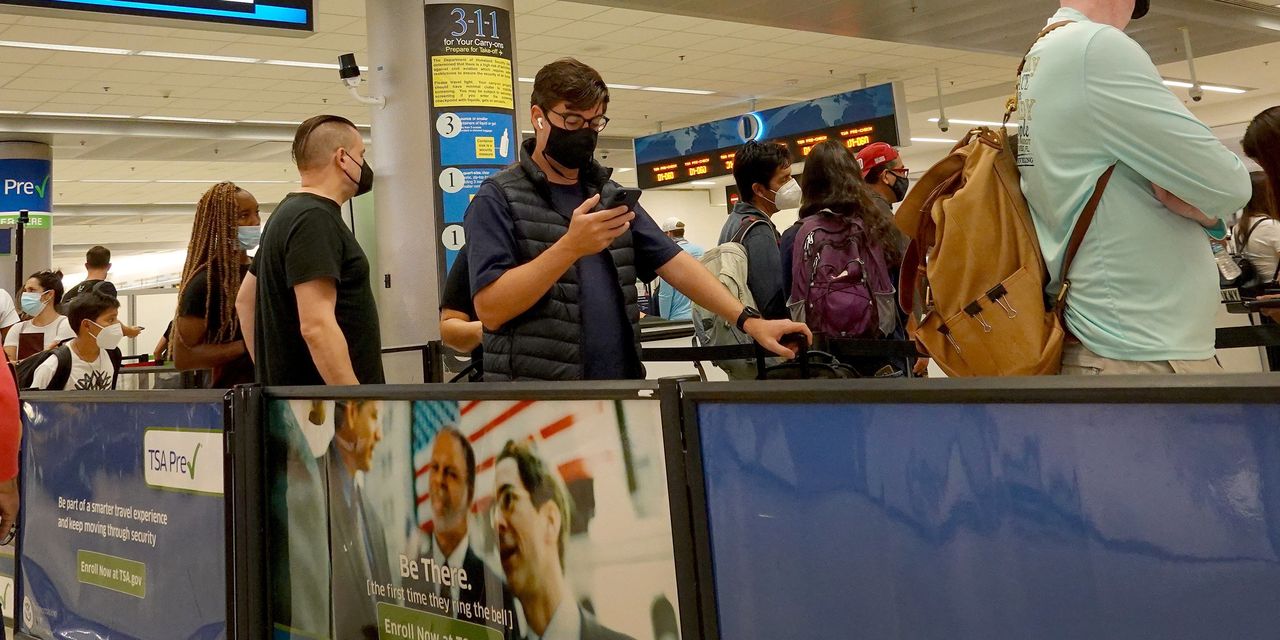 Experts were dismayed Tuesday at the response to a federal judge’s ruling that struck down the U.S. face-mask mandate covering airlines and other public transportation, leading some airlines to immediately drop their requirements — in some cases midflight — and sow confusion among travelers.

Some took to Twitter to express their worry that young children who are not yet eligible for vaccination or those with compromised immune systems will be needlessly exposed to the virus.

The Association of Flight Attendants, the largest union of cabin crews, had recently taken a neutral position on the mask rule because its members are divided about the issue, the Associated Press reported.

On Monday, the union’s president appealed for calm on planes and in airports. “The last thing we need for workers on the frontlines or passengers traveling today is confusion and chaos,” union leader Sara Nelson said.

The CDC and Justice Department declined to comment to the AP.

The New York City subway will continue to require face masks, as the state has seen a sharp surge in COVID cases recently, as the BA.2 variant of omicron, and two subvariants of BA.2, have spread fast.

The CDC had recently extended the mask mandate, which was set to expire Monday, until May 3 to allow more time to study BA.2, which is now responsible for the vast majority of cases in the U.S.

The shift in the U.S. toward personal choice when it comes to COVID-19 precautions could backfire, a former Obama administration health official said Monday. The thinking is that with a majority of the population vaccinated and treatments available that make severe or deadly COVID cases less likely for most people, COVID precautions can become a matter of weighing personal risk.

“My biggest issue with the it’s-your-call kind of theme that’s out there [is] we don’t do this in any other area of illness, health, or disease or burden,” Dr. Kavita Patel, a physician who served as a health-policy director in the Obama administration, told CNBC’s “Squawk Box” in an interview.

“I think that this is unfortunately going to come back to bite us, because we’re not necessarily doing the types of things we should be doing.”

The move comes as COVID-19 cases are rising again across the U.S. after their steep decline early in the year. The U.S. is averaging 39,152 cases a day, according to a New York Times tracker, up 43% from two weeks ago.

Cases are rising in 35 of the 50 states, and, with many people now testing at home, the official count is likely underreported.

On a brighter note, the country is averaging 14,653 hospitalizations a day, down 6% from two weeks ago, and still close to the lowest level since the first weeks of the pandemic. The daily death toll has fallen to 425, still an undesirably high number and one composed mostly of unvaccinated people.

But with cases rising there is no guarantee that hospitalizations won’t start to tick up again, as they have done in some states.

Other countries that have dropped their face-mask mandates are seeing other consequences, too.

• Moderna MRNA, -1.31% y said its bivalent COVID-19 booster candidate generated two times the antibodies against the beta and omicron variants for at least six months when compared with Moderna’s already approved booster shot. Moderna’s experimental bivalent booster is a mix of beta mutations and the COVID-19 vaccine, which is based on the original strain of the virus. The study evaluated the bivalent booster in about 895 people. Moderna CEO Stéphane Bancel said, however, that the company’s “lead candidate” for a fall booster campaign in the Northern Hemisphere is a bivalent booster candidate that is a mix of omicron and the currently approved booster.

• Johnson & Johnson JNJ, +3.05% suspended guidance for sales of its COVID vaccine for all of 2022 when it reported first-quarter earnings on Tuesday, citing a surplus of supply and uncertainty about demand. The company sold $457 million of vaccines in the quarter, most of it to international buyers. That was down from the $1.6 billion of sales chalked up in the fourth quarter. The company had previously guided for $3 billion to $3.5 billion of vaccine sales in 2022. The Food and Drug Administration in April of last year temporarily paused the use of the J&J vaccine in the U.S. over a rare blood-clotting disorder.

• Officials in Shanghai are pleading for public cooperation with a huge push to test most of the population for COVID, as it seeks to reduce community transmission after nearly three weeks of lockdown, Reuters reported. The plea came as some people refused to join PCR testing queues out of weariness after weeks of such requirements, or fear it puts them at greater risk of infection. Residents shared stories on social media of people being taken by bus from their homes and sent into quarantine, including the elderly and babies.

• Members of Parliament in the U.K. are to vote Thursday on whether Prime Minister Boris Johnson should be investigated for knowingly misleading them over his breach of COVID rules, BBC News reported. Johnson will face MPs later Tuesday and is expected to make his first statement since being fined by the police for breaking his own lockdown rules. The prime minister is expected to again apologize but also repeat that he did not know he was breaking the rules by hosting parties at his London residence.

The global tally of confirmed cases of COVID-19 topped 505.3 million on Tuesday, after breaching the half-billion mark last Tuesday. The death toll rose above 6.2 million, according to data aggregated by Johns Hopkins University.

The Centers for Disease Control and Prevention’s tracker shows that 218.6 million people living in the U.S. are fully vaccinated, equal to 65.8% of the total population. But just 99.5 million are boosted, equal to 45.3% of the vaccinated population.

U.S. expected to soon ban Russian airlines from its airspace

Market Extra: The Nasdaq is on track to exit a bear market — and...