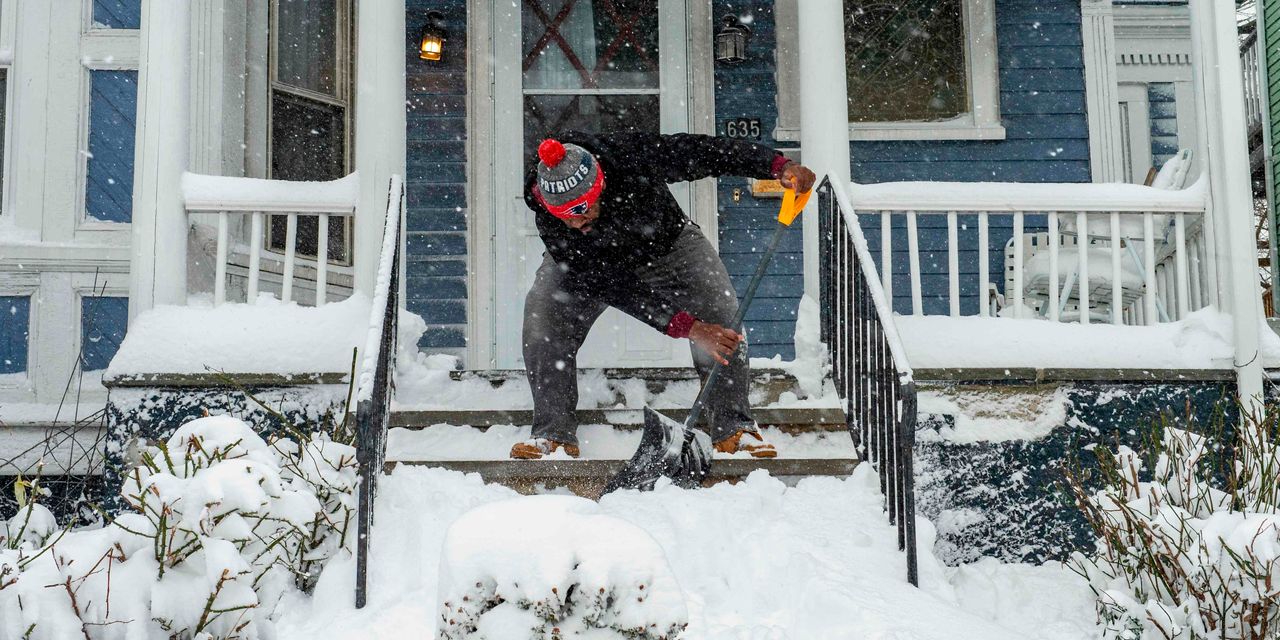 Americans face a tough winter, with one government agency warning that most households will see a sharp increase in heating costs this year, as natural-gas prices look to post their largest yearly percentage gain in 17 years.

U.S. households that primarily use natural gas to heat their homes will likely spend an average of $931 this winter, which runs from October to March, up 28% from last winter, according to the Energy Information Administration’s Winter Fuels Outlook released on Oct. 12.

Natural-gas futures are nearly 73% higher this year, on track for the largest percentage rise since 2005. The November contract in New York NGX22, +0.36% settled at $6.435 per million British thermal units on Oct. 12. Prices had climbed to a 14-year high in August.

Roughly half of U.S. homes use the fuel for space heating and water heating.

U.S. natural-gas prices have climbed primarily due to supply-side factors, says Noah Barrett, research analyst for energy and utilities at Janus Henderson. Market access to reserves in the Appalachian Basin is an issue, he says. There is significant pushback to building new pipelines to move gas out of the basin, and gas producers are pressured by supply chain constraints and cost inflation, he says.

Still, Barrett believes the U.S. has sufficient heating-fuel inventories to meet winter demand. The nation has “abundant” natural-gas resources, and heating oil can be sourced globally, he says. “The issue is with price — customers will likely have to pay higher prices relative to recent history.”

Production is expected to continue to expand through 2024, says Matt Palmer, executive director, gas, power and climate solutions at S&P Global Commodity Insights. Domestic demand growth, meanwhile, is expected to “moderate” and liquefied natural gas exports will be capped by existing capacity until the second half of 2024. Taken together, this should allow prices to decline from 2022 levels, he says.

Households that primarily use heating oil are expected to spend an average $2,354, up 27% from last winter, according to the EIA.

The main reason behind the sharp heating-oil price rise is the impact of the Russia/Ukraine conflict on the price of crude, which is the largest driver of heating oil and ultralow sulfur diesel (ULSD) prices, says Debnil Chowdhury, vice president, head of Americas refining at S&P Global Commodity Insights. The New York Mercantile Exchange switched its specification for heating-oil futures to ULSD in 2013.

Heating-oil consumers are unlikely to see relief by the start of the heating season, says Chowdhury. An escalation in the Russia/Ukraine conflict, or unplanned refinery outages, would worsen the price and supply situation, he says, and for prices to fall, there would need to be a global economic recession that reduces non-heating-related diesel demand.

Futures prices for ULSD HOX22, +0.30%, the distillate price benchmark also known as the heating-oil contract, settled at $3.9328 a gallon on Oct. 12. Prices are up almost 69% this year, and are poised for the biggest yearly rise since 1999.

Heating oil is predominantly used in the Northeast and that is where the pricing pain may be “most acute,” says Janus Henderson’s Barrett. Heating oil, meanwhile, should track crude prices, he says. Barrett has “less confidence” in a material pull back in both crude oil and distillate demand over the next few years.

He is “more optimistic” that consumers will see relief in natural-gas prices than heating oil, partly because the U.S. has abundant gas resources.

The U.S. heating-oil market is fairly small in the context of global oil demand, and that may provide a tailwind for some companies “but for large, public oil companies, elevated heating-oil prices will be less of a catalyst for outsize earnings surprises,” says Barrett.

Financial Crime: My catalytic converter just got stolen — what do...

Financial Crime: Where’s the beef? Rancher sentenced to 11 years for...

The Moneyist: Thanksgiving surprise: My father, 72, dropped a bombshell —...