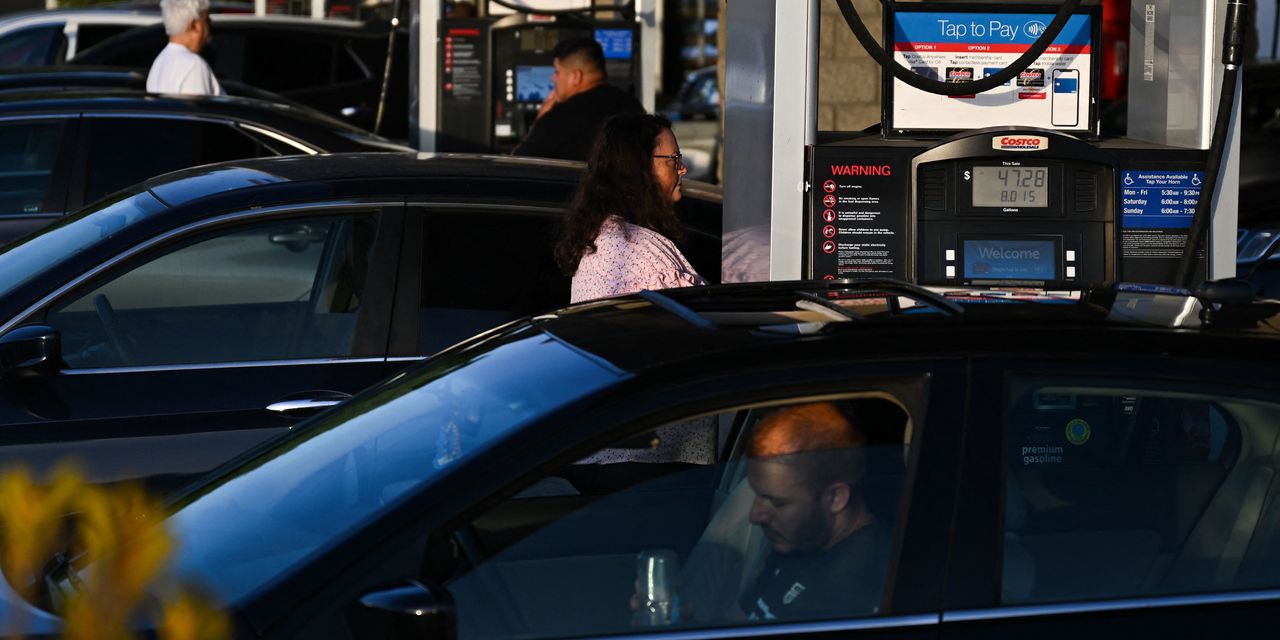 Drivers have paid record prices for gasoline this year, but costs for the fuel may not have peaked, given strong demand and the potential for disruptions to Gulf Coast refineries in the current hurricane season.

The national average price for regular unleaded gasoline reached $5.034 a gallon on June 16, the highest on record, according to GasBuddy. The price has eased back a bit, posting a weekly decline in the period ending June 20 for the first time in nine weeks. It stood at $4.87 on June 29.

The decline in gasoline prices followed a recent drop in U.S. benchmark crude-oil prices below $102 a barrel, from highs above $123 this month.

Overall concerns about the economy and the Federal Reserve raising interest rates pressured oil, said Patrick De Haan, head of petroleum analysis at GasBuddy. Gas prices are considerably lower than where they were a couple of weeks ago, and they’re likely to see more relief for a while longer.

Still, while gasoline prices tend to peak at the start of the summer driving season, that may not be the case this year, said De Haan.

Memorial Day, which was on May 30 this year, traditionally marks the start of the summer driving season, generally coinciding with a June 1 deadline for retailers to switch to selling more environmentally friendly summer-fuel grades.

However, the Russian situation with Ukraine and Covid have pushed “peak price expectations to July to coincide with actual demand,” said De Haan. There isn’t a whole lot of “breathing room” in the oil market.

He said the biggest surprise has been “how resilient consumers have been in the face of record prices.”

Gas demand over the past four weeks ended June 24 averaged 8.9 million barrels a day, according to the Energy Information Administration, even with prices near record highs. That serves as a “testament to Americans’ will to get out as the economy has reopened,” De Haan says.

This year, a record 42 million people are expected to hit the road during the holiday weekend spanning June 30 to July 4, according to AAA’s Independence Day travel forecast.

If the region gets a hurricane like 2017’s Harvey or 2021’s Ida, “there could be a fairly profound impact, especially if we exacerbate the problems by reducing federal taxes, which could incentivize more Americans to hit the road,” said De Haan.

President Biden proposed a suspension of federal gas taxes to reduce prices at the pump, though analysts don’t expect to see much of a decline for drivers. The federal tax on gasoline is 18.4 cents a gallon.

But only 5% of the cost of gas in May, according to the EIA, is due to “distribution and marketing,” which includes the retail markup on fuel, points out Jeff Lenard, vice president of strategic industry initiatives at the National Association of Convenience Stores, or NACS.

The “best solutions to address the problem should focus on the 95% of the cost that makes up the wholesale price,” he said. That’s mostly comprised of refining and crude oil costs.

We’ve seen a “high tolerance” for high fuel prices, so the demand curve isn’t likely to start dropping off “until we see some of those apocalyptic [price] numbers like $6,” said De Haan.

Just Eat Takeaway to delist from the Nasdaq

Market Extra: The Dow just booked its worst first half since 1962. What history...

Kelley Blue Book: The 2022 Kia Sorento Hybrid is great for...