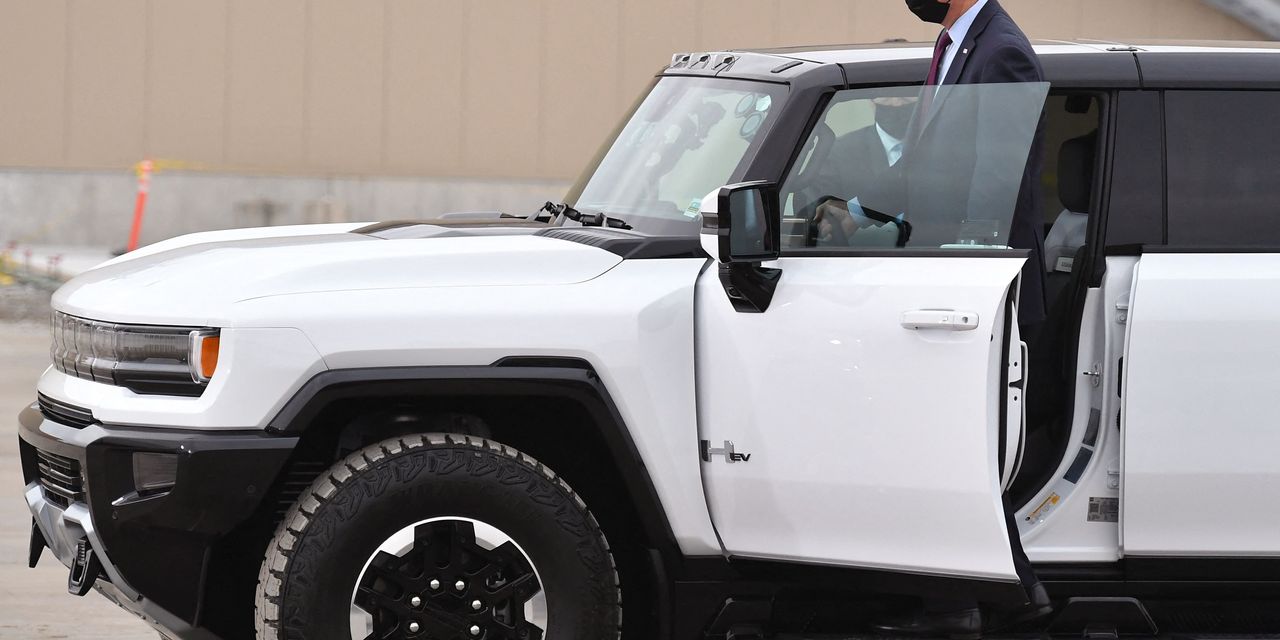 President Joe Biden on Wednesday is slated to visit a General Motors GM, +3.19% electric vehicle plant in Detroit, where he’ll talk up how the newly enacted infrastructure law aims to boost the EV industry.

The law, signed by Biden on Monday, contains $7.5 billion for charging stations for electric vehicles.

Democrats’ separate social-spending and climate bill — which could see a vote in the House of Representatives this week — contains new tax credits for EVs, of as much as $12,500. Even if approved in the House, however, the measure would face changes in the Senate, where moderate Democrat Joe Manchin of West Virginia has objected to certain provisions. Unlike the infrastructure bill, no Republicans are expected to support the social-spending package.

And read: A ‘Made in America’ tax credit — what car buyers considering a Tesla, Rivian or other EVs need to know about Build Back Better

The president’s visit comes as he is again pressing the federal government to examine rising gasoline RB00, -2.71% prices. In a letter to Federal Trade Commission Chair Lina Khan, Biden asked the agency to immediately “consider whether illegal conduct is costing families at the pump,” as he said there’s “mounting evidence of anti-consumer behavior by oil and gas companies.”

: Adler shares dive after KPMG declines to sign off on accounts

Alaska Air launches flight subscription program that starts at $49 per...

: GameStop seeks to split stock for the first time since...