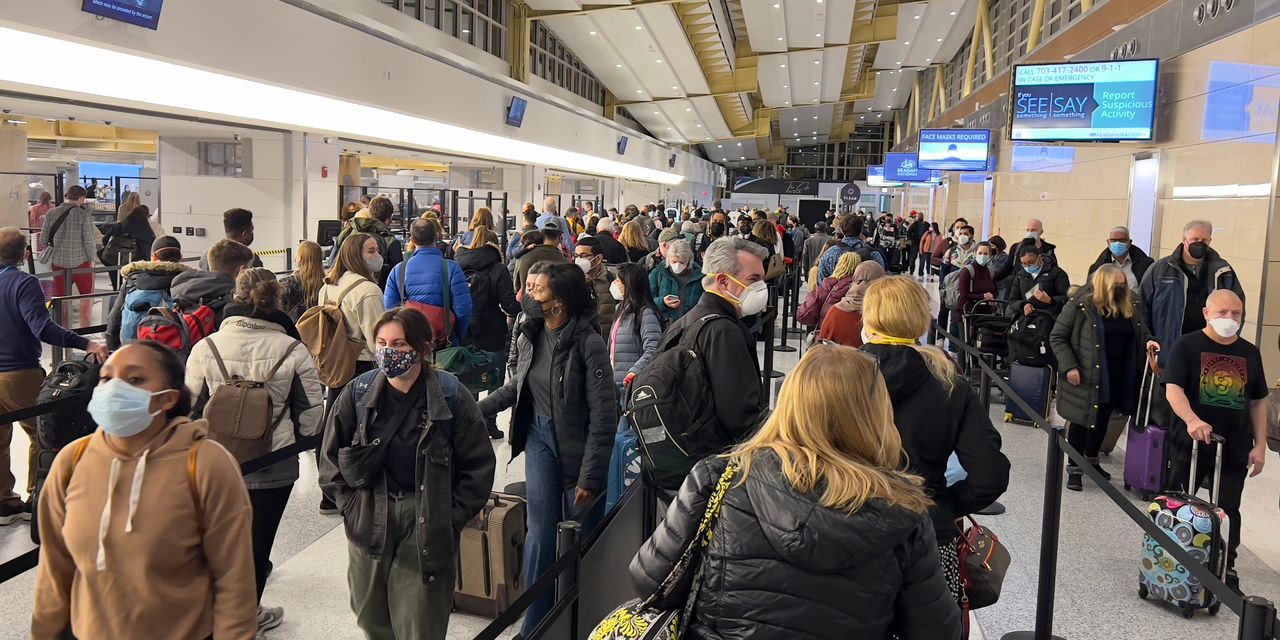 This year was sizing up to be a very good one for domestic and international travel, as some forecasters said passengers were going to keep stepping out to see the world after the pandemic halted so many trips in 2020.

But with spring and summer’s warm weather around the corner, Russia’s invasion of Ukraine throws a violent new question mark into those travel plans abroad — just as the attack has roiled everything from the stock market to everyday gas prices.

When it comes to travel, one thing is clear: At a time when prices are already climbing, observers say there’s a chance for even steeper airfare prices that eventually soak up higher jet fuel prices.

On Thursday, U.S. crude settled at $92.81 a barrel after touching the $100 mark earlier in the day. Airlines hedge fuel prices, committing to buying a certain amount of fuel in the future at a predetermined price. So any immediate rise in oil prices won’t be passed onto passengers right away.

But fuel prices are only going in one direction. Last week, the price of jet fuel was more than $107/barrel, according to the International Air Transport Association. That’s a nearly 4% increase from a month ago and up almost 57% from a year ago, the trade organization said.

“Higher oil prices, if they are sustained, are going to show up in travelers’ ticket prices,” said Scott Keyes, founder of Scott’s Cheap Flights, which scours ticket prices to find deals for its members.

Jet fuel is derived from crude oil and fuel is an airline’s second largest operating expense behind labor, explained professor Bijan Vasigh, an economist at Embry-Riddle Aeronautical University who teaches and writes on the aviation industry’s finances.

With fuel being such a major expense for an airline, “higher oil prices would translate to higher ticket prices,” Vasigh said. As a result, carriers would have “no choice” but to pass on some of those costs, he said.

It’s too early to know how much Russia’s invasion will increase jet fuel, and when when those price increases will be noticeable, said Vasigh. But the conflict is coming a time when jet fuel prices historically increase in order to meet increased seasonal demand from May to mid-September, Vasigh noted.

Some passengers going to Asian and Middle Eastern destinations may also have to travel longer because they are traveling more circuitous routes to avoid the vast Russian airspace, Keyes said. Longer routes require more fuel and more labor costs, which could find their way back into ticket prices, he said.

Ukraine on Thursday closed off its airspace for civilian flights while Russia closed some portions of its airspace, according to Reuters.

“The presence and possible use of a wide range of ground and airborne warfare systems poses a high risk for civil flights operating at all altitudes and flight levels,” the European Union Aviation Safety Agency said.

Airlines were warned not to fly over Ukraine, or in Belarus or Russia within 100 nautical miles of Ukraine’s borders. “In particular, there is a risk of both intentional targeting and misidentification of civil aircraft,” it added.

Airfares were already increasing as more people got back on flights in 2021.
Last year, U.S. airlines carried 670.4 million passengers, according to preliminary data from the Bureau of Transportation Statistics.

“Some 1.75 million travelers passed through TSA checkpoints on Wednesday, double the amount from the same time last year.”

The same trends can be seen now: 1.75 million travelers passed through Transportation Security Administration checkpoints on Wednesday. That’s more than double the amount from the same time last year, but under the 2 million mark from the same point in 2020, just before COVID-19 was officially declared a global pandemic.

As flights bounced back, so did prices. Travelers paid an average $314 for domestic airfare in 2021’s third quarter, according to the agency. When adjusting for inflation, that’s up from around $250 a year earlier.

So far in February, the average cost of international airfare is $681, according to data from Hopper.com. That’s also up from the $647 average in January, but down from $756 in December and $783 averages in November, two big months for holiday travel.

Like so much else in the unfolding conflict, Keyes said the future is unknown on its implications for international travel.

On the margins, some travelers might be re-thinking plans to Europe and Russia, but right now he doesn’t see the conflict squelching demand. “I would be surprised if travel demand diminishes. It just might end up getting redirected somewhat,” said Keyes.

Earlier Thursday, Glenn Fogel, CEO of Booking.com BKNG, +1.21% told CNBC that Russia’s attack on Ukraine was “tragic. But I don’t think it is going to impact a great deal of travel.” He added, “We are looking at numbers for the summer that are better than they were at this time in 2019.”

That bullish assessment may have been reflected in Thursday’s trading session for major airlines like Delta Air Lines DAL, +2.67%, United Airlines UAL, +3.52% and American Airlines AAL, +2.54%. All three opened sharply lower, but trimmed their losses later in the day.

Benchmarks initially plunged, but made an epic comeback in a day when President Joe Biden announced a new round of sanctions against Russia. The S&P 500 SPX, +0.65%, Nasdaq Composite COMP, -0.09% and Dow Jones Industrial Average DJIA, +0.96% all turned positive by the close of Thursday’s trading day.

Deep Dive: This investment strategy acts on 18 trends to cut your risk when...

Mark Hulbert: Stocks are soaring again but here’s why you should look out below

Deep Dive: This is the window of time when value can...

Robert Powell’s Retirement Portfolio: Are you saving more than you need...

Weber stock jumps more than 25%, heads toward best day ever