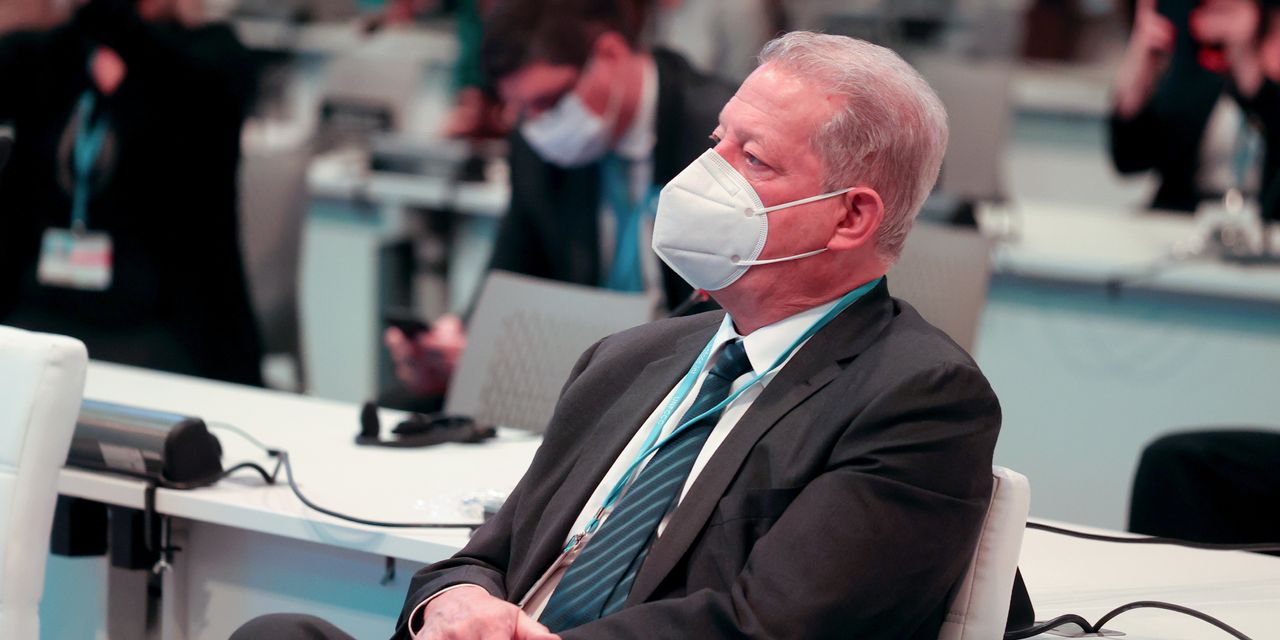 “‘We now have a subprime carbon bubble of $22 trillion, based on an absurd assumption that all of those carbon fuels are going to be burned.’”

Being caught wrongfooted on the transition to renewable energy will be a painful blunder for investors. In fact, the traditional fossil-fuel market is forming a bubble that will hurt the most vulnerable companies, former Vice President Al Gore said at the Glasgow climate summit Wednesday.

“We now have a subprime carbon bubble of $22 trillion, based on an absurd assumption that all of those carbon fuels are going to be burned,” Gore said in an interview on Bloomberg Television. “They’re not going to be, especially because the new renewable sources of electricity are much cheaper now.”

Opinion: The good news you missed amid the gloom and doom of COP26: Clean energy is the cheapest and the safest path forward

Gore, who is chairman of Generation Investment Management LLP, said once the risks are “internalized,” then “it’s going to affect the value of all these assets.”

Gore spoke as the third day of the U.N.’s COP26 climate conference turned to financial issues.

“I think we’re in the early stages of a sustainability revolution that’s the biggest opportunity in history,” the creator of the 2006 climate documentary “An Inconvenient Truth” told Bloomberg. “And those who don’t recognize that and adapt to it are in commercial risk. They’re going to be left behind.”

: ‘You can’t do it all’: Why restaurants are forsaking scratch cooking in favor...

Earnings Watch: How much is Big Pharma making from COVID-19 vaccines? We’re about to...

SocGen profit rises to €842 million, as provisions jump on Russia...