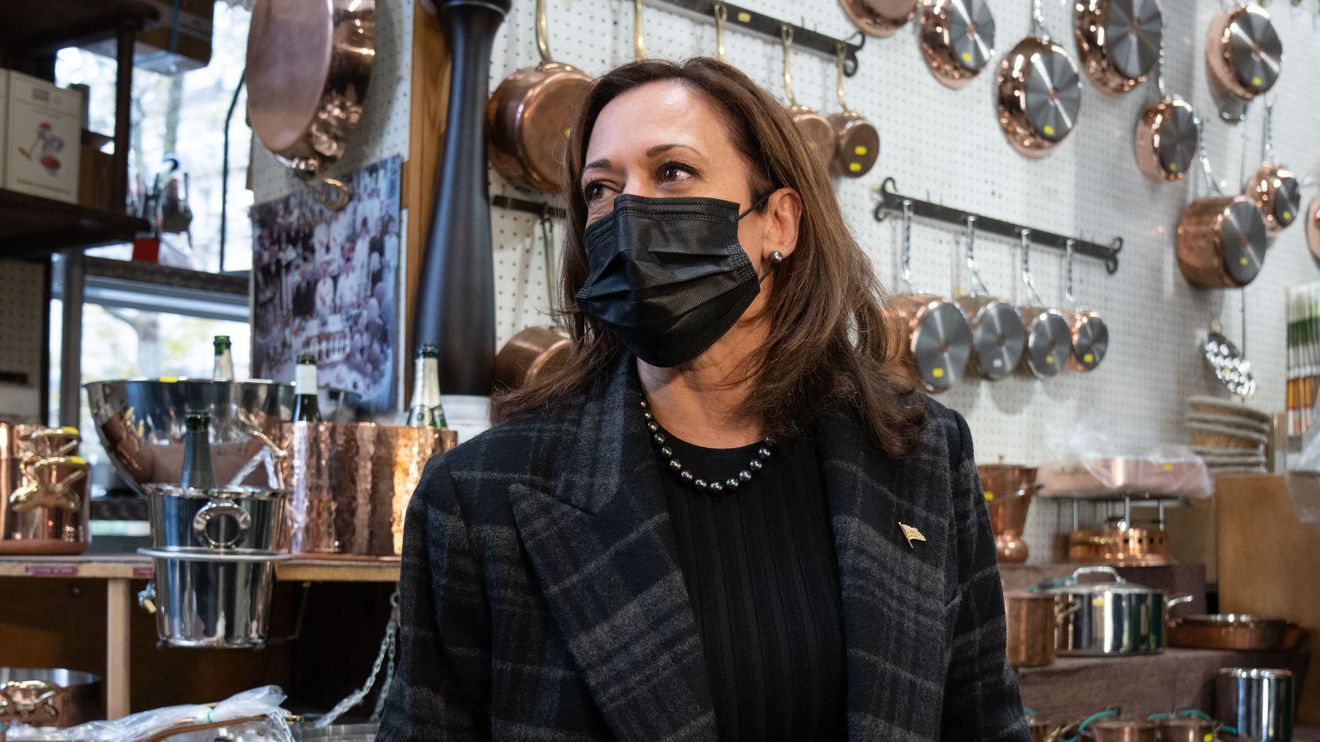 Call it a tempest in a stewpot.

Vice President Kamala Harris is making headlines for her purchase of what some consider pricey cookware while on a recent trip to Paris. Specifically, Harris shopped at E. Dehillerin, a legendary culinary emporium near Les Halles that has a history dating back to 1820.

“I just want to buy a pot,” she told reporters during the Nov. 13 visit, a portion of which was shown on C-SPAN. In a response to a question, Harris added that she was shopping with Thanksgiving cooking in mind.

A report posted Tuesday on the Washington Free Beacon, a conservative website, indicated Harris’s purchases had totaled 516 euros, or about $580, and included a copper dish and a copper frying pan.

The visit led to suggestions that Harris was out of touch with the struggles of everyday Americans, as the Free Beacon connected its dots: “The vice-presidential shopping spree came as Americans stateside suffer from the worst inflation in three decades, putting strain on both consumers and small businesses.”

The publication quoted an unnamed source identified as a fellow American who concurrently visited Paris, and the store, as lamenting that a day before the shopping stop the vice president was declaring “that her focus was on the American worker.”

There has also been a bit of confusion about Harris’s visit, with some on social media mistakenly concluding the vice president had purchased cookware made by Le Creuset, a French brand, also on the pricey side. It’s known especially for enameled cast-iron pots and pans, which are widely sold across Europe, in the U.S. and elsewhere overseas, and does not make copper cookware, a company representative confirmed to MarketWatch.

“‘Buy as expensive a pot as you can afford because it really does make a difference.’”

In either case, professional and amateur chefs alike rushed to Harris’s defense, saying that, when it comes to cookware, it pays to go high-end. They said that better tools equate to better results in the kitchen. Plus, the cookware will likely last longer than budget-friendlier alternatives and could thus be a money saver in the long run.

“Buy as expensive a pot as you can afford because it really does make a difference,” said John DeLucie, a veteran New York City chef who’s behind Ainslie, a restaurant in Brooklyn.

Aly Walansky, a Brooklyn-based food journalist, voiced support for Le Creuset in particular. “I have these pieces for several years now, and they have held up to all sorts of abuse,” she said of her Le Creuset skillet, sauce pan and Dutch oven.

Harris’s choice of cookware made from copper also speaks to a certain culinary savvy, said Alex Tubero, executive chef at Amali, another New York City restaurant. He noted that, while copper items require a degree of care and maintenance, they conduct heat very well, which translates into successful results.

Tubero added that cooks often look to France for kitchenware because of its rich culinary tradition — “There’s definitely the nostalgia,” he said — but he did note that American brands often deliver the same high-quality results.

A representative of E. Dehillerin couldn’t immediately be reached for comment. Le Creuset spokesman Nate Collier emphasized his brand’s durability and also pointed out that its products come with a lifetime warranty.

Harris is known to be an enthusiastic cook and once even did a video, with actress Mindy Kaling, showcasing her skills preparing Indian food.

Many on social media voiced support for Harris’s cookware purchase, saying it showed a degree of practicality because of the French reputation for quality, regardless of price. Even those who seemingly disagree with the vice president’s politics didn’t necessarily balk at her shopping trip. As one observer noted, “There are many other reasons to dislike Harris. This ain’t one.”

Financial Crime: Anti-tax extremist hid his fortune from the IRS while...

NewsWatch: The Nasdaq and the Dow are now trading in a...